Brain scans of more than 100 mammalian species, including humans, reveal that the efficiency of information transfer in the brain is the same in all mammals, regardless of size. 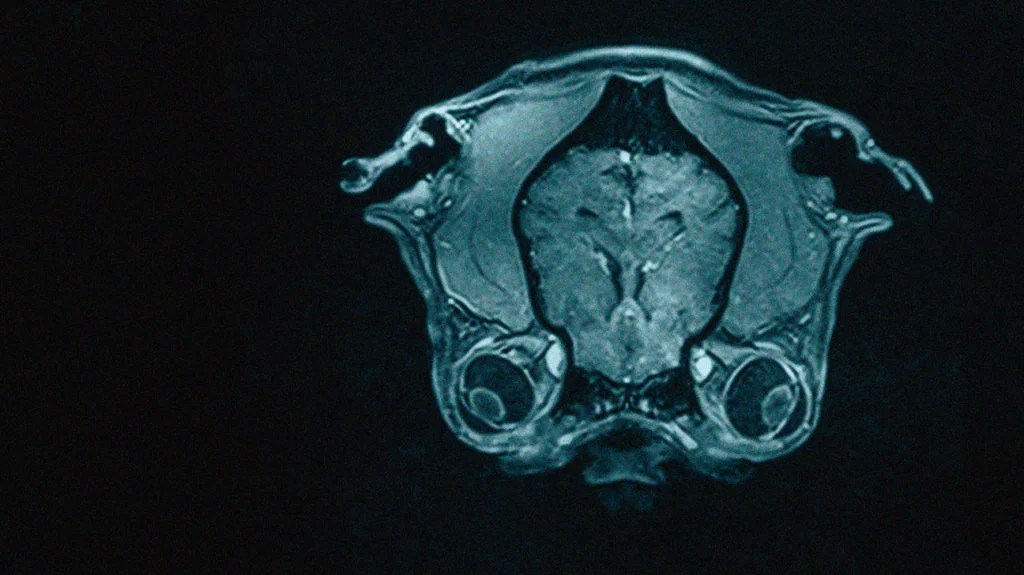 The mammalian brain consists of two sides, or hemispheres, which nerve tracts, also known as axons, connect. The two hemispheres share information along these axons.

How rapidly information spreads in the brain depends on the number of synapses — the junctions between nerve cells — it has to pass through.

An ideal system would have a multitude of long connections to enable the rapid transfer of information between all parts of the brain. However, producing this many neuronal connections comes at a cost to the animal. The evolution of the brain, therefore, represents a compromise.

People commonly believe that human beings, due to our advanced evolution, have higher levels of brain connectivity than other animals, enabling the more efficient and rapid transfer of information throughout the brain.

A new study that researchers from Tel Aviv University in Israel led challenges this assumption. They scanned the brains of more than 120 different mammals and found that brain connectivity is neither higher in humans nor dependent on the size of the brain.

Their findings, which suggest that all mammals have equal levels of brain connectivity, appear in the journal Nature Neuroscience.

The idea that brain connectivity — and, therefore, efficiency — is greater in the human brain has been around for a long time.

“Many scientists have assumed that connectivity in the human brain is significantly higher compared to other animals, as a possible explanation for the superior functioning of the ‘human animal,'” explains the study’s first author, Prof. Yaniv Assaf.

To test this assumption, Prof. Assaf and his team used a type of brain scan called diffusion MRI to scan the brains of 123 different species of mammal, including humans. It was the first time that researchers had placed the majority of these animals’ brains inside an MRI scanner.

The animals in the study included rodents, monkeys, and even dolphins. The brain volumes of the species ranged from 0.1 milliliters (ml) to more than 1,000 ml.

The researchers also scanned the brains of 32 people. They used a scanning program to reconstruct the neural network of each species, including the neurons that transfer information and the synapses where they meet.

To estimate the brain connectivity of each species, the researchers applied a mathematical approach based on the number of synapses that information must cross to get from two points inside the brain.

The team derived a value called the mean-short path, or MSP, which indicates the minimum number of connections that information needs to pass to get between two parts of the network. A high MSP indicates low brain connectivity.

Comparing these values among species, the researchers found that brain connectivity is independent of the size and structure of a mammal’s brain.

“In other words, the brains of all mammals, from tiny mice through humans to large bulls and dolphins, exhibit equal connectivity, and information travels with the same efficiency within them,” explains Prof. Assaf.

“Our study revealed a universal law: Conservation of Brain Connectivity. This law denotes that the efficiency of information transfer in the brain’s neural network is equal in all mammals, including humans.”

The team also identified a mechanism by which the brain balances the number of connections that it uses for transferring information. When there were many connections between the two hemispheres of the brain, connections within the individual hemispheres remained low, and vice versa.

Unlike overall brain connectivity, there were variations in this process among different species.

“[T]he brains of some rats, bats, or humans exhibit higher interhemispheric connectivity at the expense of connectivity within the hemispheres, and the other way around — compared to others of the same species,” says the study’s senior author, Prof. Yossi Yovel.

The team also found variations in this “connectivity compensation” among different members of the same species.

In humans, these differences could underlie differing cognitive abilities or even aptitude in certain fields, such as mathematics or music. Future research by the team will map this in more detail.