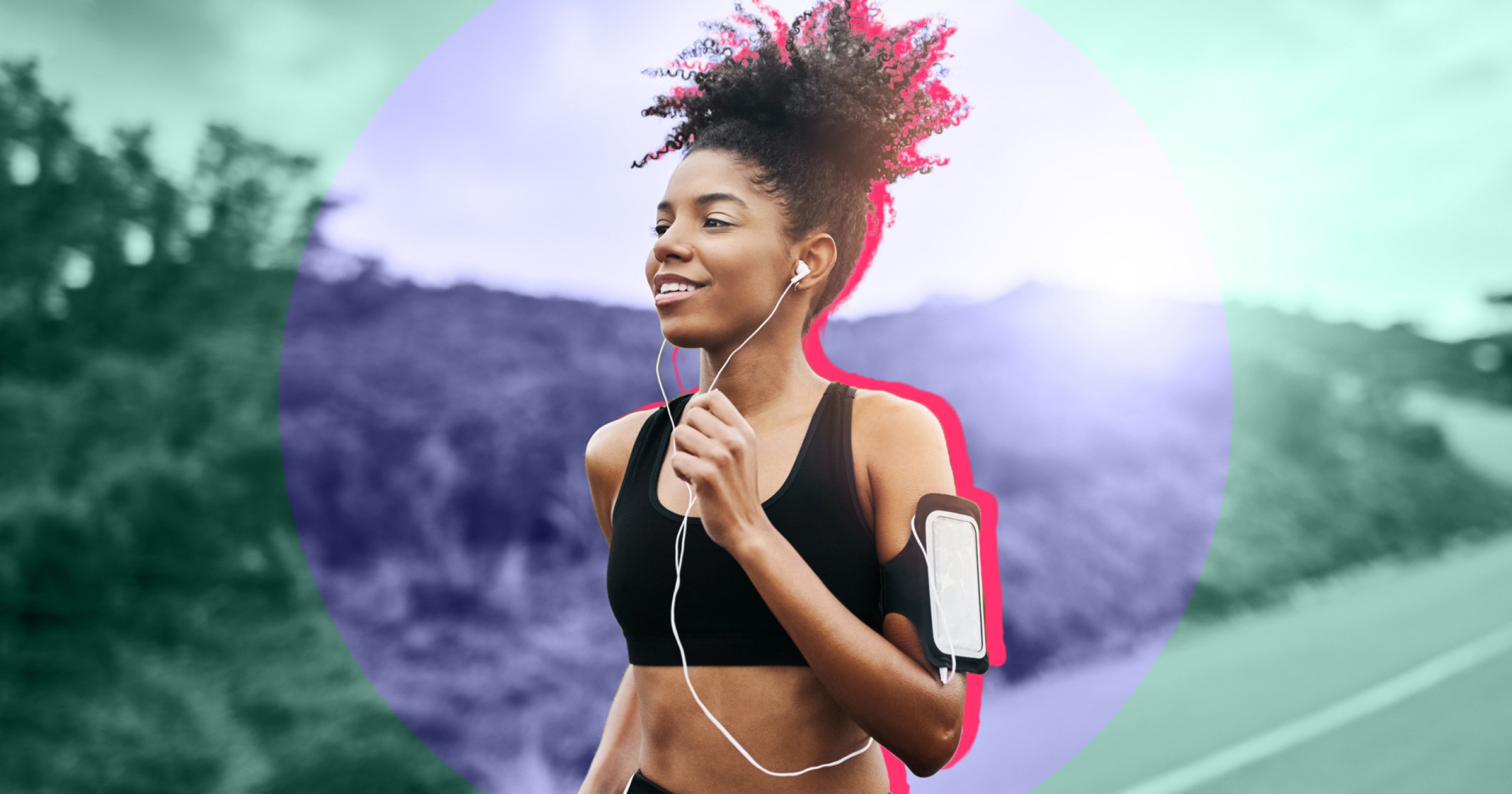 Pushing open the door, I collapsed on the stairs, sweating but smiling.

When I nodded, he threw his arms around me and shouted ‘congratulations’.

Don’t get me wrong, my husband, Tom, doesn’t applaud every time I go for a jog.

But this one was special – it marked the 50th straight day of 2022 that I’d gone out running for.

You read that right: Me, a self-described non-runner, has managed to run every day this year.

My best friend, Caroline, has been doing Run Every Day January for years and I’ve always looked on in awe.

RED, as it’s called by those in the know, isn’t about how fast or far you go.

Instead, it’s all about getting outside for a healthy dose of Vitamin D and experiencing the positive effects that running (or jogging, or even walking –  there’s no pressure) can give you in one of the hardest months of the year.

I’d never taken part before, but after a tough 2021 (which, after relocating 300 miles up the country and then being felled by Covid in November, I’d found far harder than 2020), I needed 2022 to be different.

So when Caroline mentioned she was starting RED again, I thought, ‘Why not?’

Well, actually, I didn’t at first.

Balancing work, two children, a new house, a flailing social life, my first reaction was, ‘Is this just another thing to fit in between meetings, making tea and running baths?’

Followed by, ‘I haven’t challenged myself like this in years. Can I even do something like this anymore?’

But Caroline and my friend Sophie convinced me this was something for my body and mind, not just another item on my to-do list.

I downloaded Strava and dragged Tom onboard. Then, we were off. All separately, of course, as I lived too far from Caroline and Sophie and was too slow to keep up with Tom.

I don’t mind telling you, it was hard. Really hard. At 5ft nothing and prone to… well, ‘curves’ (rolls, really), I’m not a natural runner.

Pre-kids, I did manage a marathon. I’m not quite sure why and I’m 99% convinced I’m still traumatised from the effort.

I hung up my trainers immediately, apart from the rare jog with a friend and that put paid to my running career. Until now.

Although it was physically hard, the first three days were actually satisfying.

Here I was, adopting healthy new habits, making time for myself, being a better person –  I felt quite smug as I sent screenshots and updates to Caroline and Sophie.

So I probably deserved it when the novelty wore off. As I set off day after day, I expected to feel a difference quickly, my legs to stop aching, my breathing to feel more under control.

It didn’t. Each run was just as hard as the last – sometimes harder. I liked to blame Covid (‘It’s obviously affected my lungs badly,’ I’d tell anyone who’d listen) and ignore the extra stone and a half that I was carrying since my marathon days.

‘Where are the endorphins?’ I’d ask Caroline, feeling, quite frankly, cheated.

Once, Tom caught me collapsed on a park bench. ‘Don’t worry about me,’ I wheezed, selflessly. ‘I’ll only hold you back.’

Gradually though, it became a habit. I stopped looking out the window and remarking how cold it looked. Instead, I’d grab my sports bra, pull on my trainers and set off without thinking about it.

When I returned, I invariably felt calmer, more relaxed.

I had more energy for joining in with the kids’ games, more motivation and I was sleeping way better.

‘You’re looking thinner,’ my mam remarked one day, but I actually wasn’t.

I’d kept a close eye and was devastated that I’d proved to be the only person to run over 100k and not lose a single pound.

But when I looked more carefully in the mirror, my legs were looking leaner, my tummy more toned.

Plus, it was never about the weight (or so I’d been told).

So when the 31st January came and went and we congratulated ourselves profusely, it seemed a shame not to carry on.

That’s when I set myself another goal – 50 runs. I completed it on the 19th February, feeling amazing!

I learnt so many things from running for 50 days straight. The mind is such an amazing thing and if you don’t allow yourself to overthink things, it can push you further than you’d ever dreamed.

In my experience, you’re never too tired to exercise – and you can go out in the rain, the snow, even without headphones. Yes, I know, I couldn’t believe it either!

Listening to your body, and knowing when to take it easy and when to push yourself, all becomes easier.

But the most important thing is having a support team behind you. I’d never have got through it without Caroline, Sophie and Tom.

I haven’t actually given up my daily jog yet – each lunchtime, I can’t find a reason not to go.

If you fancy running (or jogging or walking), just do it. Don’t worry about running for hours or miles.

They’ll build, whether it’s in days or weeks or months. Just try five minutes out your front door, then five minutes back, at your own pace, for your health. You’ll be surprised just how good it feels – and how addictive it gets.