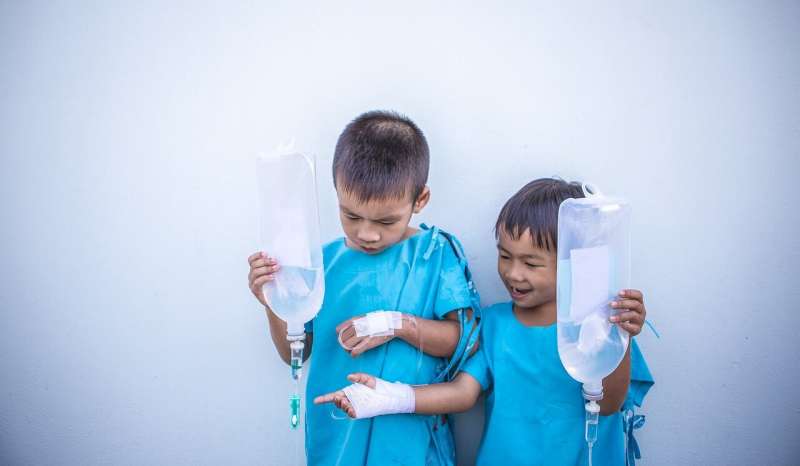 Researchers have successfully engineered human immune cells to model an infection common among immunocompromised people in a discovery that paves the way for new drug testing and treatments.

The research, led by the Murdoch Children’s Research Institute and published in Stem Cell Reports, used cutting edge stem cell technology to better understand how the infection invades immune cells and causes health complications, such as lung and skin and soft tissue infections, in immunocompromised people, particularly those with cystic fibrosis.

Murdoch Children’s researcher Dr. Shicheng Jacky Sun said the immune cell type the team created in the lab, known as a macrophage, played an important role in infection, inflammation and regeneration. But due to this function was also a natural host for germs.

“Using our stem cell-made immune cells, we successfully infected them with a germ called mycobacteria. We could see where these mycobacteria live inside human immune cells and the immune reactions they triggered,” he said.

“We were also able to use our stem cell model to rapidly test and screen different types of antibiotics against mycobacterium.”

Murdoch Children’s researcher Dr. Sohinee Sarkar said the search for effective treatments had been hampered until now by the lack of infection models to test new drugs.

“Mycobacteria opportunistically infect people with lung diseases, such as cystic fibrosis, and also causes skin and soft tissue infections in those with immunodeficiencies,” she said.

Dr. Sarkar said due to high treatment failure rates, repeated cycles of infection could greatly damage the lung tissue and accelerate progression of lung failure in those with cystic fibrosis.

Dr. Sarkar said the infection model could also be used for drug screening for other superbugs with limited treatment options.

“Some bacteria have evolved to escape our immune system by hiding themselves within host cells, making it difficult to treat these infections with traditional antibiotics,” she said. “Our stem cell-based infection model can be readily scaled up to screen large number of drugs against such bacteria to identify new treatments.”