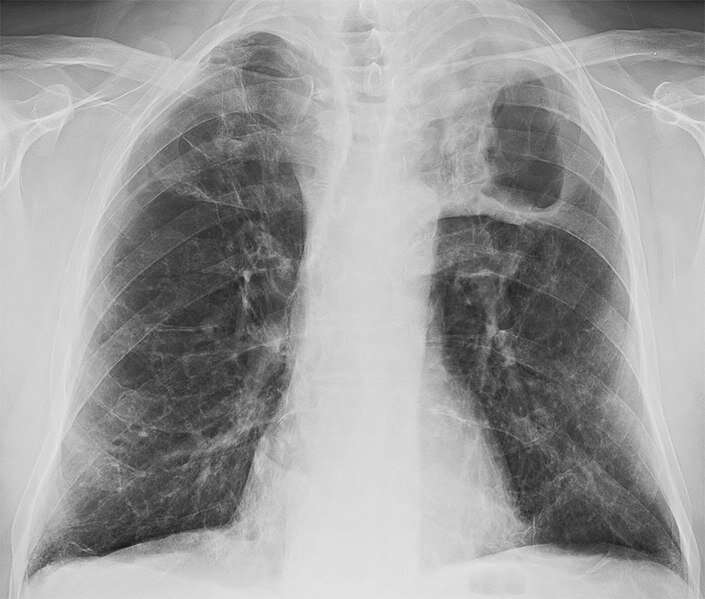 In India in 2021, an estimated 504,000 people died from tuberculosis, or TB. That’s almost one per minute. More than a quarter of the estimated TB cases worldwide are in India.

In 2018, the UN committed to end the TB epidemic globally by 2030. The “End TB” strategy sought to reduce TB incidence by 80%, deaths by 90%, and eliminate catastrophic costs for TB-affected households.

India announced it would try to eliminate TB in India by 2025, five years ahead of the UN’s target.

However, the first TB survey since the 1950s was recently conducted, and it found rates in the Indian community are much higher than anticipated.

Tuberculosis is a disease caused by infection with the bacteria Mycobacterium tuberculosis. It mainly affects the lungs, and the bacteria spreads when an infected person coughs or sneezes.

Up to 10% of those with latent TB eventually develop active TB years after the initial infection.

Antibiotics are the mainstay treatment of TB. However, the bacteria has been known to become resistant and find a way to beat these antibiotics. Drug-resistant strains of TB have become a global concern.

70 years of TB control in India

When India gained independence in 1947, there were about half a million TB deaths annually and an estimated 2.5 million Indians suffered from active tuberculosis.

In 1948, a TB vaccination program commenced. The BCG vaccine protects against the most severe forms of TB, such as TB meningitis in children, but it doesn’t protect against TB in adults.

What did the most recent survey find?

The highest prevalence was in Delhi, at over five per 1,000. Groups with higher prevalence included the elderly, malnourished, smokers, those with alcohol dependence and diabetics.

What happened to TB during the catastrophic COVID outbreak in India?

This probably indicates TB diagnoses were lost in 2020 during the COVID outbreak. Given hospitals were overwhelmed by COVID cases, people with TB symptoms would have been less able to get care, or would have been hesitant about going to hospital for fear of catching COVID. Even the National Institute of Tuberculosis and Respiratory Diseases (NITRD) was converted into a designated COVID Care Center in May 2021.

We can only speculate as to why TB cases didn’t decrease, but the fact TB was already endemic in India, and the fact lockdowns probably increased overcrowding for socioeconomically disadvantaged households, could have meant TB was able to more effectively spread in crowded households.

This was exacerbated by the healthcare system at time bordering on collapse as resources had to be allocated for COVID cases, and access to diagnostics and treatment were reduced during the lockdown periods.

What has to happen now?