An interesting study on patients with prolonged respiratory symptoms following their initial diagnosis of the coronavirus disease 2019 (COVID-19) indicates that those with more severe COVID-19 symptoms are likely to have small airway obstruction, warranting long-term follow-up.

COVID-19, which is caused by infection with the severe acute respiratory syndrome coronavirus 2 (SARS-CoV-2), primarily affects the respiratory system. However, the virus is unique for the wide range of clinical manifestations it produces. To this end, a majority of infected individuals will remain asymptomatic, whereas others can experience life-threatening symptoms 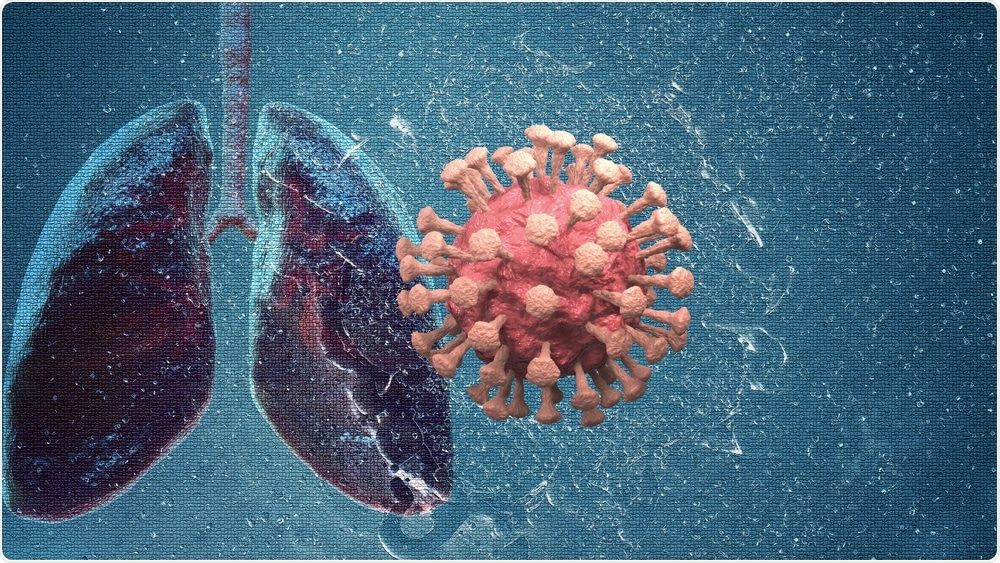 It is common for patients with severe COVID-19 to have lung problems for an extended period of time after recovering from the acute illness. These respiratory symptoms are often accompanied by interstitial lung abnormalities, as seen in previous studies on acute respiratory distress syndrome (ARDS) during earlier outbreaks of highly pathogenic coronaviruses.

The preprint discussed herein, which was released on the medRxiv* server, describes the effects of SARS-CoV-2 on lung structure and function in patients with post-acute sequelae of COVID-19 (PASC), which is otherwise known as long or long-haul COVID. The aim of the current study was to explore the variations in these clinical features and how they relate to the severity of the infection.

The study included 100 patients with symptoms of cough or shortness of breath continuing beyond 31 days following the diagnosis of acute COVID-19. About two in every three of the study participants were outpatients. The remaining study participants were either hospitalized or required intensive care unit (ICU) admission during the acute period of the illness (21 days from diagnosis).

The median age in the patients was 48, with two-thirds of the participants identifying as female. However, ambulatory patients were significantly younger than the median age. An additional finding was that the history of smoking was absent in 75% of the study participants. The most common comorbidities included obesity and hypertension, which were reported in 60% and 27% of test subjects, respectively.

Patients with critical COVID-19 had higher chances of chronic kidney disease, chronic obstructive pulmonary disease (COPD), type 2 diabetes mellitus, and hypertension as compared to the outpatient group. Among those with a pre-existing lung illness, about 25% had asthma, while about 5% had COPD and interstitial lung disease.

Bronchi, which are small airways without cartilage in their walls, have a diameter below 2 millimeters (mm). As a result, bronchi do not contribute significantly to total airway resistance. For this reason, spirometry does not pick up small airway disease before 75% or more of the total small airways are blocked. Lung imaging also fails to directly show evidence of small airway obstruction.

Air trapping is therefore considered a diagnostic criterion for fSAD on CT scans of the chest.

The patients included in the current study were monitored for a median of 74 days. Almost 82% of acutely ill patients experienced shortness of breath, while 71% reported cough. Supplemental oxygen was required by 60% of hospitalized patients and 100% of critical patients. Of the latter group, approximately 88% were on high-flow oxygen, almost 70% on mechanical ventilation, and about one in five required extracorporeal membrane oxygenation (ECMO).

Dyspnea is common in PASC patients

At follow-up, most patients with persistent symptoms had shortness of breath, with over half of patients reporting fatigue and the third complaining of cough. Over a tenth of hospitalized patients, as well as over 55% of ICU patients, continued to require oxygen after being discharged.

The modified Medical Research Council (mMRC) dyspnea scale was used to assess breathlessness in the patients. This scale ranges from 0 for dyspnea only with strenuous exercise and 4 for dyspnea when dressing. As compared to the 40% of ambulatory patients, over 70% of hospitalized patients had a median score of 2 or more on the mMRC dyspnea scale.

In the CT scans of 91 patients, which were all that were available, about 60% showed air trapping within the lungs, which represented the most common finding in these patients. Ground glass opacities (GGO) were present in just over half the scans, while pulmonary nodules were seen in over a third (35%).

The more extensive the GGOs, the lower the percentage for predicted total lung capacity. In all PASC groups, air trapping was detected in 25-27% of total lung tissue. Overall, air trapping was significantly higher in all patient groups than the healthy controls, who reported air trapping at just 7%. Additionally, all groups showed similar proportions of air trapping. 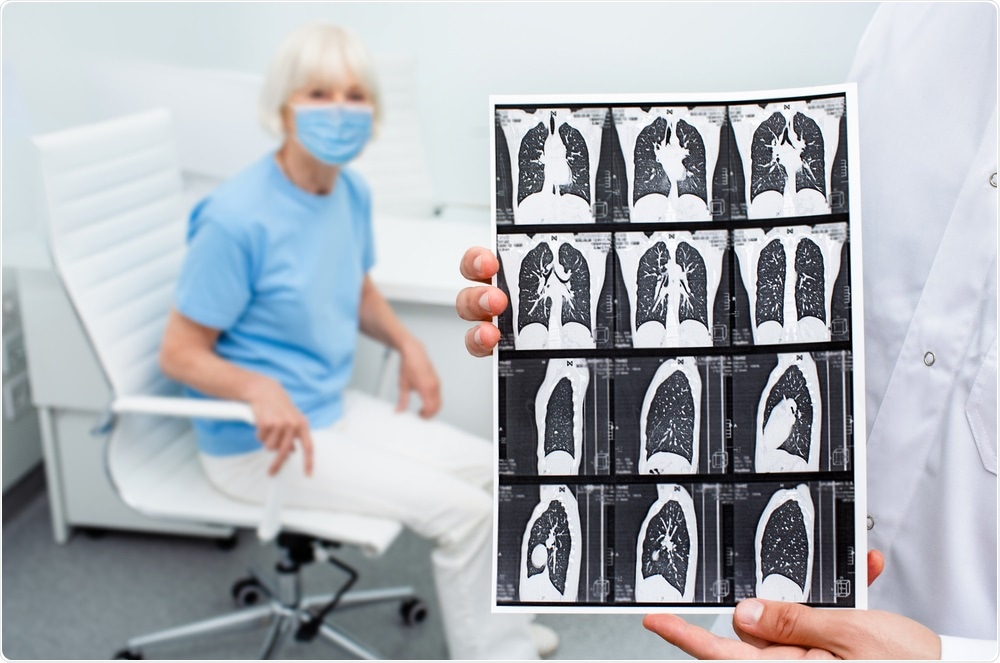 In this study, most PASC patients were ambulatory. Furthermore, the PASC group showed no difference in lung function tests and spirometry as compared to healthy controls. Despite this, the PASC group was found to have increased diffusing capacity of the lungs for carbon monoxide DLCO values.

This increase in DLCO may be due to the higher lung capillary blood volume that arises as a result of the endothelial dysfunction caused by COVID-19. It is also possible that this observation is related to the higher proportion of patients with asthma (25%) among ambulatory patients. Furthermore, the PASC group also reported higher body mass index (BMI) values. These risk factors alone are associated with higher DLCO values.

Non-ambulatory PASC patients were found to have a higher probability of air trapping and lower gas exchange. This patient group was also more likely to have distorted or scarred lung architecture upon analysis of their CT scans. These results agree with those of earlier studies on the sequelae of severe COVID-19.

The increased percentage of total lung occupied by GGO in ambulatory PASC patients may indicate that these patients are still experiencing lung inflammation, edema, or fibrosis. These effects are likely due to the high and comparable proportion of patients in all groups who exhibited air trapping, which is a sign that the airways are blocked in one or more parts of the lung.

The lack of features suggesting air trapping on spirometry indicates that the block is not at the level of the large airways but, rather, the smaller airways.

“Taken together, our findings suggest that SARS-CoV-2 infection itself leads to fSAD and air trapping, while restrictive lung disease and impairment in gas exchange results from lung injury and ARDS, regardless of the underlying cause.”

The pathogenesis of fSAD could be the widespread expression of angiotensin-converting enzyme 2 (ACE2). ACE2, which is the receptor used by SARS-CoV-2 to enter cells, allows the virus to infect the small airways even with a mild infection, thus triggering injury and repair. The accumulation of cell debris and increased mucus production could also contribute to the extensive respiratory symptoms experienced by these patients.

The various immune responses to the virus could be another reason for fSAD. In both situations, the persistent respiratory abnormalities could be due to a prolonged repair process. The establishment of this repair process can cause post-infectious bronchiolitis that has been reported with several severe viral infections.

Notably, fSAD was reported to persist for up to 73 days after the acute phase, thereby indicating the high risk of remodeling of the small airways and lung fibrosis. This disease is also seen in several chronic inflammatory conditions, including the well-known connective tissue disorders, or after exposure to certain toxic substances.

The lung damage in many of these situations appears to be permanent and, sometimes, progressive. PASC is relatively common among symptomatic COVID-19 patients, with a high proportion likely to also have fSAD. This outcome of COVID-19 warrants the need for further research to elucidate the nature of fSAD among PASC patients.