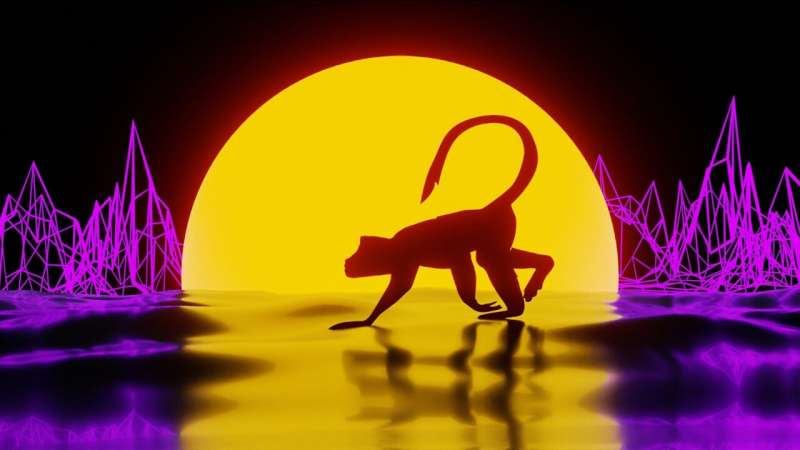 Fourteen percent of respondents to a survey by University of Pennsylvania researchers think so. Another 10% think the virus was intentionally spread to “deflect attention from the failures of the Biden administration,” and 5% said getting a COVID-19 vaccine increases their chance of contracting monkeypox.

Many more survey respondents said they weren’t sure if these conspiracy theories were true—but they also couldn’t flatly dismiss them.

The findings by scientists at the Annenberg Public Policy Center at the University of Pennsylvania point to a worrying trend: People are increasingly aware of monkeypox, but they’re also bombarded with misinformation—and don’t always know how to distinguish fact from fiction.

That so many people are confused also represents an opportunity for public health messaging, says Kathleen Hall Jamieson, director of the Annenberg Center.

The Annenberg Public Policy Center at the University of Pennsylvania has been tracking misinformation as it relates to disease going back years. So when a global monkeypox outbreak led to cases growing rapidly in the U.S., their researchers set out to survey Americans on what they know about the virus—and what bad information they’ve heard—with the goal of helping guide outreach campaigns.

Unlike COVID-19, monkeypox is not a new disease, but it is new to many Americans.

It has been circulating in areas in Western Africa since the 1970s. In the spring, an outbreak of monkeypox cases began to appear in countries worldwide, especially among men who have sex with men. The virus is considered less contagious than COVID-19. It can spread through direct contact with lesions, as well as through activities like kissing that involve contact with respiratory secretions and by touching objects or fabric used by someone with monkeypox, such as bedding and sex toys, according to the Centers for Disease Control and Prevention.

Symptoms include fever and lesions, blemishes, or rashes. The type of monkeypox that is circulating in the U.S. has a low fatality rate, and no one so far has died here from the disease. But it can be extremely painful and requires isolation potentially for weeks until all lesions heal.

Nearly 6,000 monkeypox cases have been documented in the U.S., with 82 known cases in Philadelphia as of August 1. There is widespread acknowledgment that the official case count is an undercount.

There is a vaccine for monkeypox, but there’s also a national shortage of it, which has led to criticism by local LGBTQ leaders.

In a nationally representative survey of 1,580 people in mid-July, Annenberg researchers found about half did not know which is more infectious—monkeypox or COVID-19. Only a third knew that there is a vaccine. But the outbreak is on some people’s minds. One in five said they worried they’d contract monkeypox within the next three months.

“The public is concerned,” said Jamieson.

People are also “gaining knowledge quickly,” she said, but there’s more work to do in getting people accurate information.

“We know that acceptance of sound information, of sound science, can increase the likelihood that people engage in appropriate protective behaviors and minimize the likelihood of transmission and infection of a result,” Jamieson said.

When Jamieson sees widespread uncertainty about public health issues, it signals to her that accurate information is available, but either it isn’t reaching people or there is too much misinformation causing confusion. In these instances, it’s important to find the right messenger—and often that is not the big public health agencies.

“A general rule is if you can find a health care provider that is caring for an individual, that’s probably the best person to convey the information,” Jamieson said.

Increasingly, public health communicators are finding trusted community voices can play a valuable role—even if they don’t have a background in health care. For example, during COVID-19, she said, some clergy proved to be incredibly effective messengers. “It’s a matter of who is trusted in the community at high risk.”

Jamieson said that there is already evidence that misinformation and conspiracy theories are taking root in the monkeypox discourse. Many are repurposed false claims about COVID-19: There’s the conspiracy theory that 5G cellular networks cause disease. Another tall tale that became popular during the pandemic is that nefarious scientists are intentionally releasing viruses.

These false ideas have been “available in the culture,” Jamieson says, and now are being applied to monkeypox.

While a relatively small portion of survey respondents were fully committed to conspiracy theories, a larger portion of respondents were undecided. About 30% said they weren’t sure if monkeypox was intentionally spread, and 34% said they didn’t know if the virus was bioengineered in a lab. Another 21% couldn’t rule out the possibility that monkeypox is spread through 5G cellular networks.

Jamieson says that the focus of public health messaging should be on this share that is unsure—they are the ones who didn’t make up their mind yet so they are persuadable.