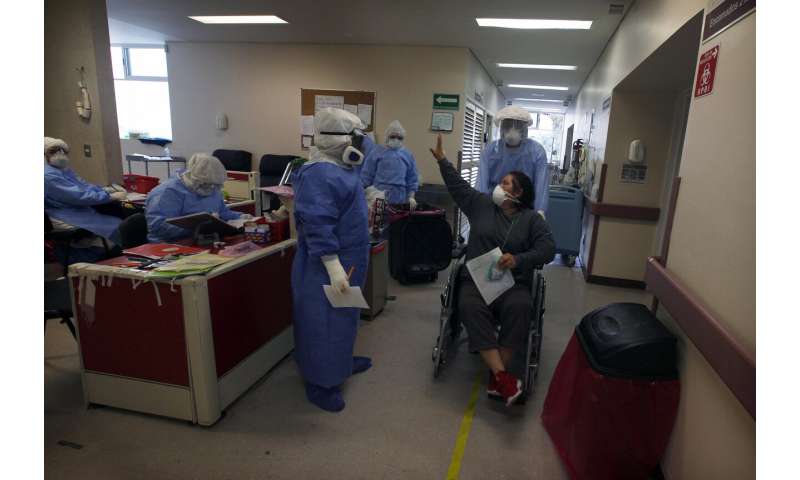 Sometimes Latin American dance tunes on the radio—salsa, cumbia, ranchera—bring a little cheer into the emergency room of Mexico City’s Ajusco Medio hospital, which is operating well over normal capacity because of COVID-19.

Dr. Marta Patricia Mancilla, head of the emergency unit, says the upbeat soundtrack is a distraction from the routine at the packed hospital, where some people have kneeled at the doors of the emergency room, praying for relatives suffering from the disease.

It has been eight months since the city-run Ajusco Medio hospital was named as one of the few exclusively COVID-19 hospitals in the city of almost nine million, and empty beds are rare.

“The worst is still to come,” Mancilla said.

“And unfortunately, it is going to catch us very tired,” she said of medical personnel who have been working constantly while themselves vulnerable to the disease. Almost 2,000 health care workers are confirmed to have died of the disease across Mexico.

The toll is psychological and physical, and is as clear as the numbers written on an erasable whiteboard in the office of Dr. Alejandro Avalos, the Ajusco Medio hospital’s director: total patients are at 122% capacity, intensive care is at 116%, and the emergency unit at 100%.

“We haven’t been below 100% since May,” said Avalos, whose hospital—a government facility that treats patients for free—has been temporarily expanded to meet the waves of coronavirus cases. City-wide, occupancy at hospitals is 69%. 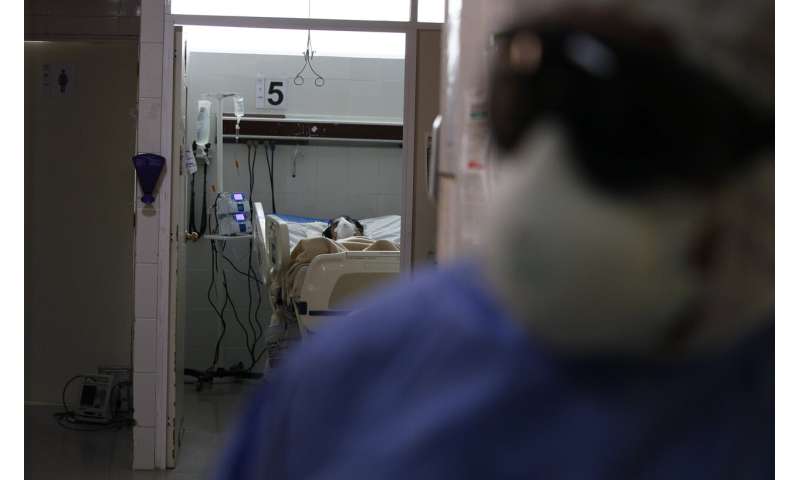 Yet as full as the city’s hospitals are, its streets are also once again thronged; in some more central parts of the metropolis, almost everyone wears a face mask, but in other poorer, outlying areas, fewer people do.

The situation has officials worried. Millions normally gather each year for the Dec. 12 holiday of Mexico’s holy Virgin of Guadalupe day, and huge family gatherings are the norm for Christmas in Mexico.

It drew an urgent appeal from President Andrés Manuel López Obrador on Friday, who decreed an expansion of 500 more hospital beds in Mexico City and pleaded with Mexicans to stop crowding the streets and stay home in December.

“In this month, December, there are traffic problems, there are growing numbers of vehicles in the streets,” the president said. “Right now, we cannot act like this.” 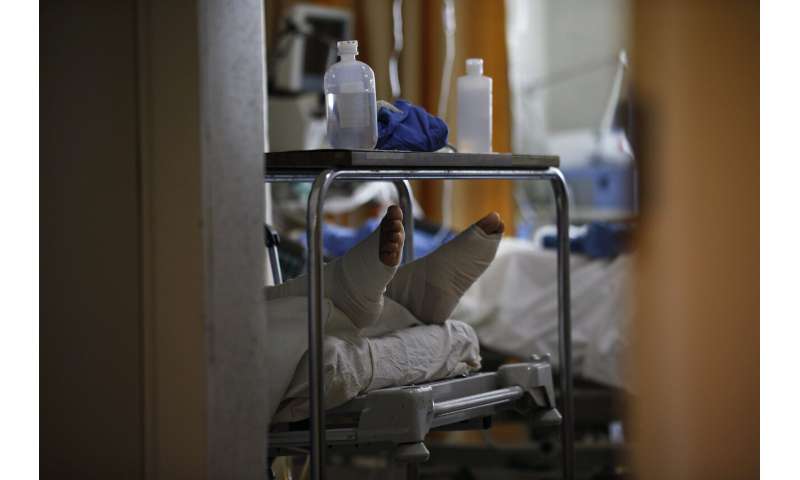 López Obrador acknowledged that something has to be done for exhausted medical personnel. “There is a lot of tiredness, fatigue,” he said.

At least 13,800 people have died of COVID-19 in Mexico City alone, according to official data. Authorities say the number is probably higher in part because of limited testing, especially in the early months of the pandemic.

Methods have improved since the city’s hospitals were overwhelmed in May and June, when patients were treated in hallways and relatives of the dead were not even allowed to enter the hospital to identify the bodies. The case fatality rate has dropped significantly at Avalos’ hospital, but along with the improvements there has been an emotional cost. 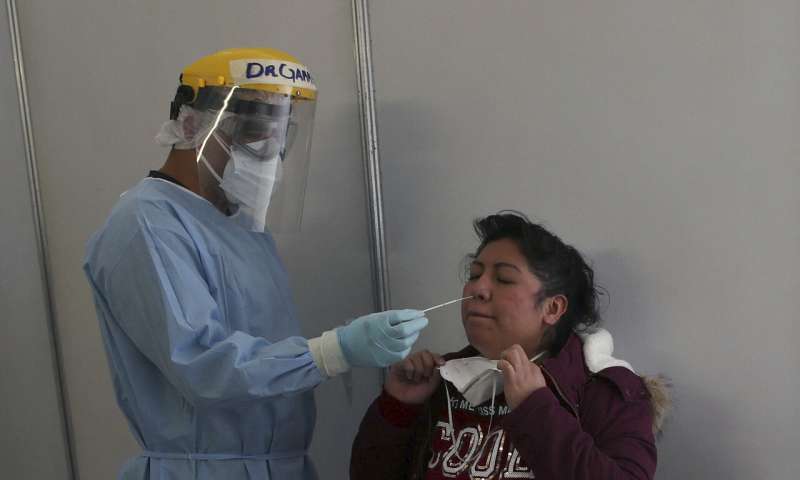 But health care professionals’ patience appears to be wearing out. Last week a group of doctors and nurses at the La Raza state hospital, one of the city’s largest, signed an open letter threatening to stop treating COVID-19 patients unless the city declared a partial lockdown, as it did in the spring.

“If it was bad in May, now it’s worse,” said one doctor who signed the letter, and who asked not to be identified for fear of reprisals. “There are fewer doctors,” he said, due to infections, or doctors simply taking leaves of absence because they can’t face the pressure, fear and overwork.

Just as bad, the anesthesia medications needed to successfully intubate patients and keep them on ventilators are running out. “It’s shameful to say that some patients have to get their own PCR tests and find a hospital that will take them, because there are no beds” at the free government hospitals, he noted. 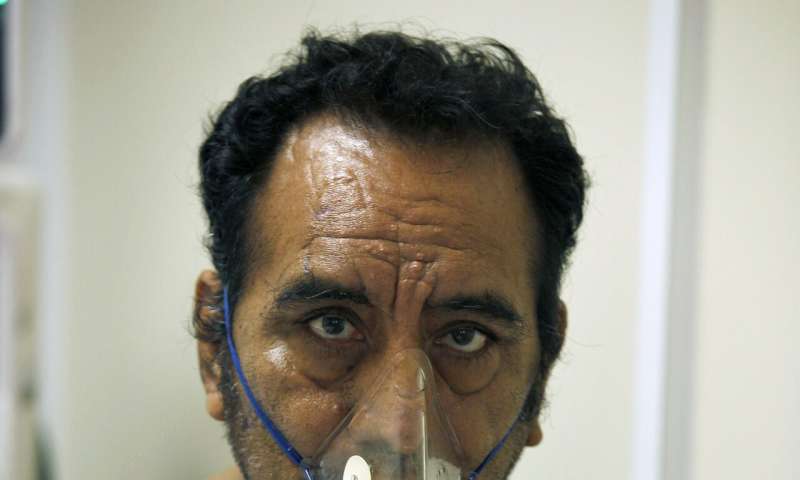 López Obrador has rejected any kind of strict lockdown, saying such measures smacked of “dictatorship.”

There are some victories; at the Ajusco Medio hospital, one of the 36 patients on ventilators has been disconnected from the machine and is recovering. A baby was born, separated from his mother who has COVID-19.

The hospital has set up tents outside to detect and triage arriving patients; some can be sent home with medications, others admitted. That has allowed the hospital to greatly increase the number of people it treats.

But the signs of wear are clear: the hospital’s CT scan machine is being repaired, after having performed about 4,500 lung scans in recent months to detect coronavirus damage.

The psychological toll is also clear for patients, even those who survive.

María Eugenia Ortiz, 51, and her husband—they were both infected—came to the hospital for their third checkup since being sent home with medications. She chose to endure the disease at home because she was terrified of the hospital. At her worst moments, she struggled to breathe. Fourteen of her friends and relatives have died of the disease. 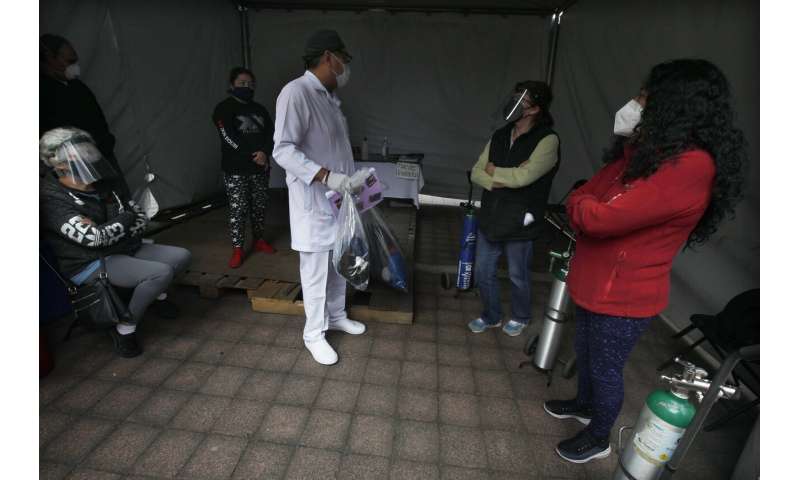 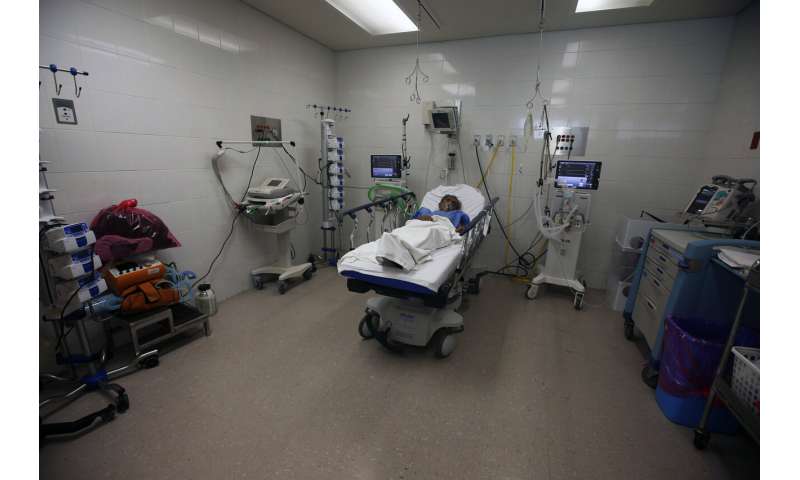 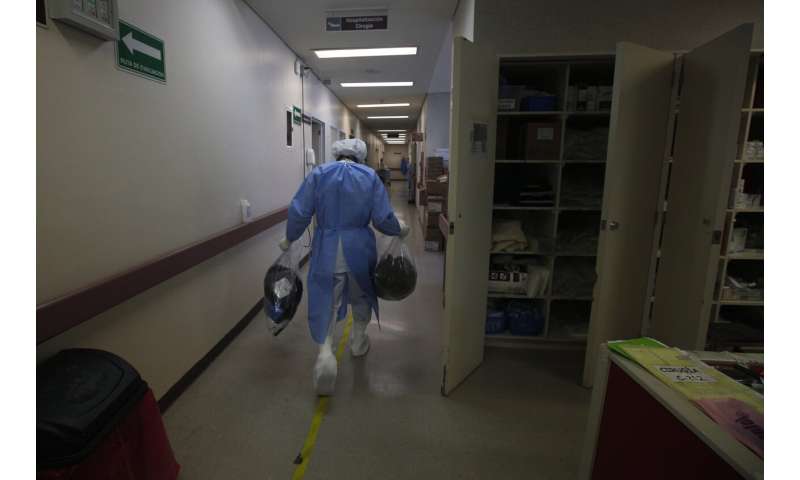 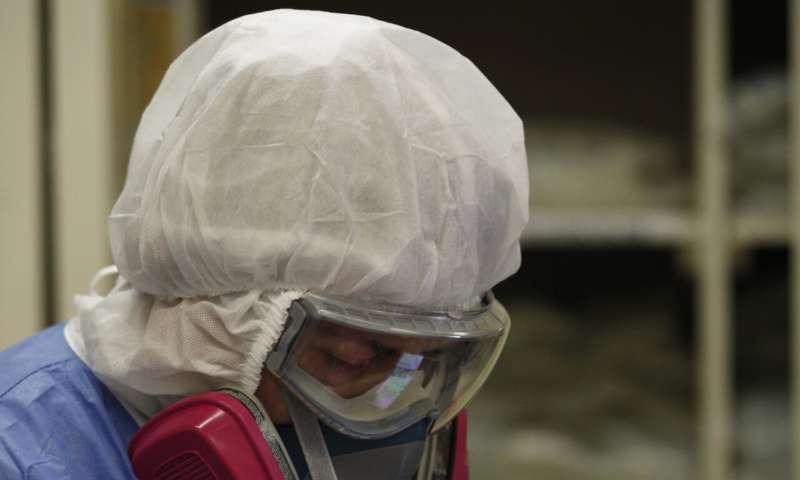 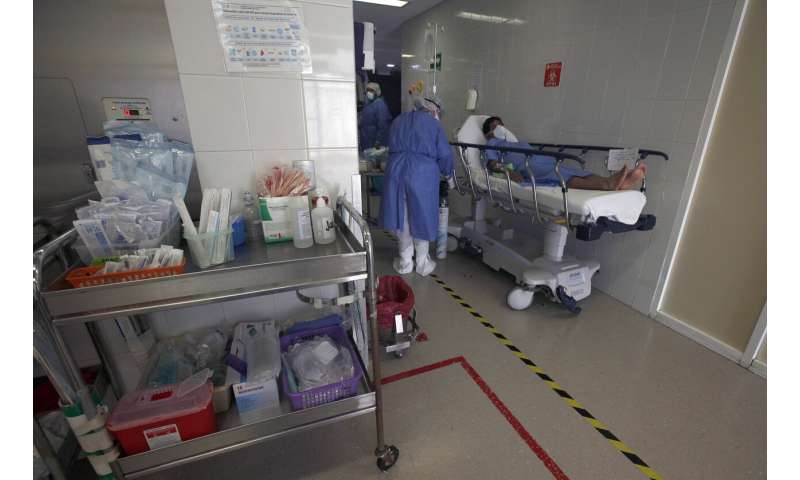 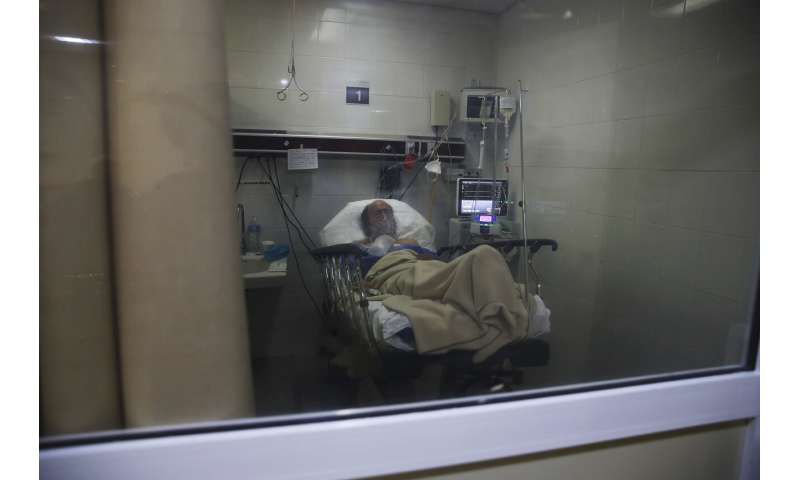 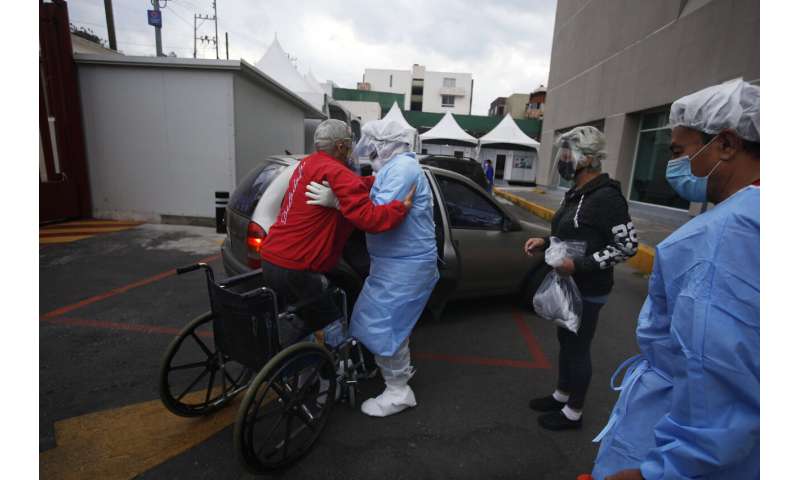 “Everything would go black and I would feel like I was floating,” Ortiz recalled. “My chest was empty and cold.”

“Before, the doctors wouldn’t help you, there was more fear, we didn’t know what to do,” she said.

“We are getting more and more fed up,” said the doctor at the La Raza hospital who himself was infected. “In Mexico, what is killing people isn’t the disease itself so much as the lack of information, the poor handling of the pandemic and people’s ignorance. Seeing full shopping centers is discouraging, after working a 24-hour shift.”