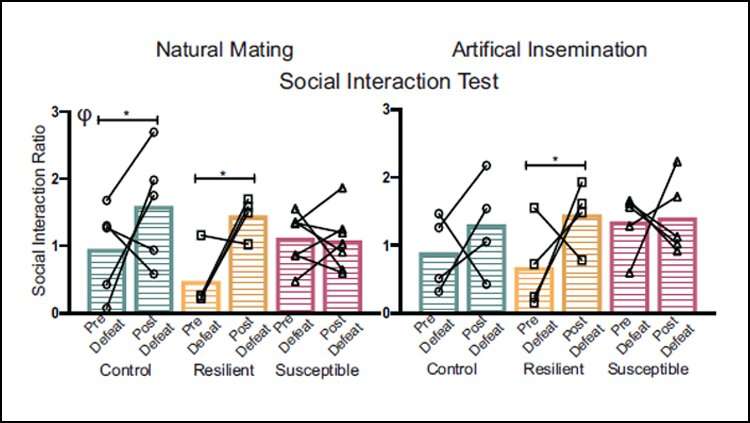 Male mice more susceptible to stress can pass down their behaviors to offspring via changes in their sperm’s genetic code, according to new research published in JNeurosci.

Stressful experiences alter gene expression, which parents can pass down to their offspring. But it was unclear if sperm itself transmits this information, or if behavioral cues between the parents play a larger role.

Cunningham et al. tracked the stress response of male mice after ten days of chronic stress and sorted them into resilient and susceptible groups, based on the severity of their response. The offspring of resilient and control mice showed decreased stress behaviors compared to the offspring of the susceptible mice. The same pattern appeared in offspring conceived via artificial insemination, indicating sperm plays a direct role in the transmission of stress responses. The researchers also sequenced the RNA in the father’s sperm—the transcriptome—before and after the chronic stress. Stress changed 1460 genes in susceptible mice but only 62 genes in resilient mice.