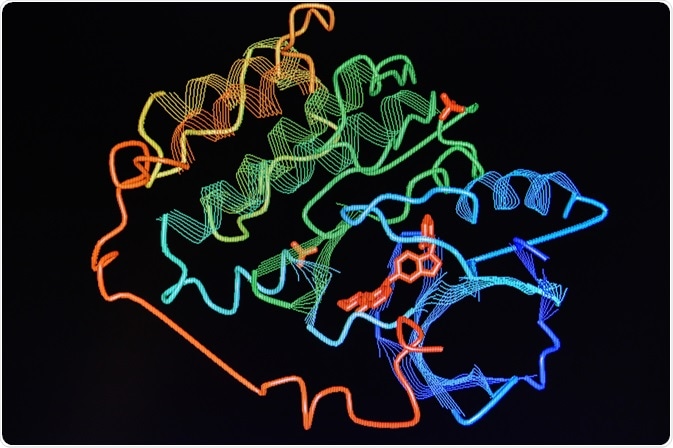 Twinning occurs when two separate crystals grow symmetrically in different directions from the same crystal lattice locations, due to an interruption or change in the lattice during growth by a larger ion (kwown as growth twinning). Transformation twinning occurs during cooling, where a crystal becomes unstable and restabilizes by transforming it's structure. A final form of twinning is deformation twinning, which occurs when the crystal is placed under stress and undergoes re-organization.

Twinning is a well-recognized problem in protein crystallography, as it makes determining the crystal structure of a sample difficult.

To avoid or correct this problem, methods such as detwinning, where crystals are physically separated, have been developed. Twinning can also be prevented by optimizing the length of the protein fragment that can lead to the formation of untwinned crystals. However, this method requires a lot of time. Microseeding therefore offers a viable, low-cost alternative.

In microseeding, untwinned crystals are used as seeds and are put into droplets that are brought into a state of equilibrium at lower levels of supersaturation. This method can generate different crystal structures and is also used to improve the reproducibility of crystallization.

First, crystals are washed to remove the presence of any amorphous precipitates. The remaining crystals is then stabilized by suspension in a non-dissolving precipitant solution. The entire process is carried out at a temperature at which the crystals do not dissolve. Subsequently, the crystals are crushed in a glass homogenizer and this is stored until needed. Other methods to pulverize or smash the seeds include using tissue homogenizers, sonication, vortexing, seeds beads, glass rods, etc.

The seeds are then serially diluted such that a final dilution is reached ranging from 1:1000 to 1:10,000,000. The dilution is carried out using the stabilizing precipitant solution. Although making a serially diluted stock of the seed is more quantitative, but streak seeding is the easiest and fastest method for seed transfer. Streak seeding is done by simply passing a thin rod coated with seed crystals through the droplet.

The preequilibrated drops are streaked using seeds of different dilutions. The precipitant concentration should be reduced in case the nucleation is independent of the dilution. However, if the number of crystals decreases, this can be addressed by increasing the concentration of precipitant in the seeds.

In one study, researchers looked at the effect of protein solution contaminated with either a structurally unrelated protein or structurally similar protein. They found that any kind of contamination could hamper the seeding process.