Another 1.8million doses of the monkeypox vaccine will be rolled out from next week, health chiefs announced Thursday as officials prepare to roll out jabs at large LGBT events and U.S. cases hit 13,517.

The latest delivery of the shots — equivalent to 360,000 five-dose vials — was revealed by White House monkeypox response leader Dr Robert Fenton at a press conference. It marks a 50 percent surge in supply with 700,000 vials dished out so far.

He also revealed the plans for pop-up vaccination clinics at large LGBT events including Black Pride in Atlanta, Georgia, and Southern Decadence in New Orleans, Louisiana, to ensure they could get jabs to people who may otherwise not get a shot. The events are set to attract 120,000 people between them.

Dr Rochelle Walensky, the director of the Centers for Disease Control and Prevention (CDC) said the inoculations would not stop people catching the virus at the events where they were inoculated but could trigger protection within days. State authorities will organize second doses from around four weeks after the first.

It was also revealed that 50,000 courses of TPOXX — an antiviral which can fight infections by stopping the virus spreading between cells — have also been made available, or four times the number of known cases.

Secretary of State for the Department of Health and Human Services Xavier Becerra again urged Americans to take monkeypox seriously today, adding that it ‘did not care’ about state lines and ‘will not wait’ to spread.

Health officials have been repeatedly criticized for a slow vaccine roll out, and failing to get doses to states quickly. This month they shrunk doses to 0.1 milliliters (ml) from 0.5 ml to be given intradermally — between the skin — which they said was just as effective, in an attempt to stretch available supplies.

More than nine in ten monkeypox infections are in gay or bisexual men, with about a third among those from white backgrounds, another third in Hispanics and 28 percent in Black people. There are fears the disease will spill into other more vulnerable groups, with nine cases now confirmed in children — who are more at risk. 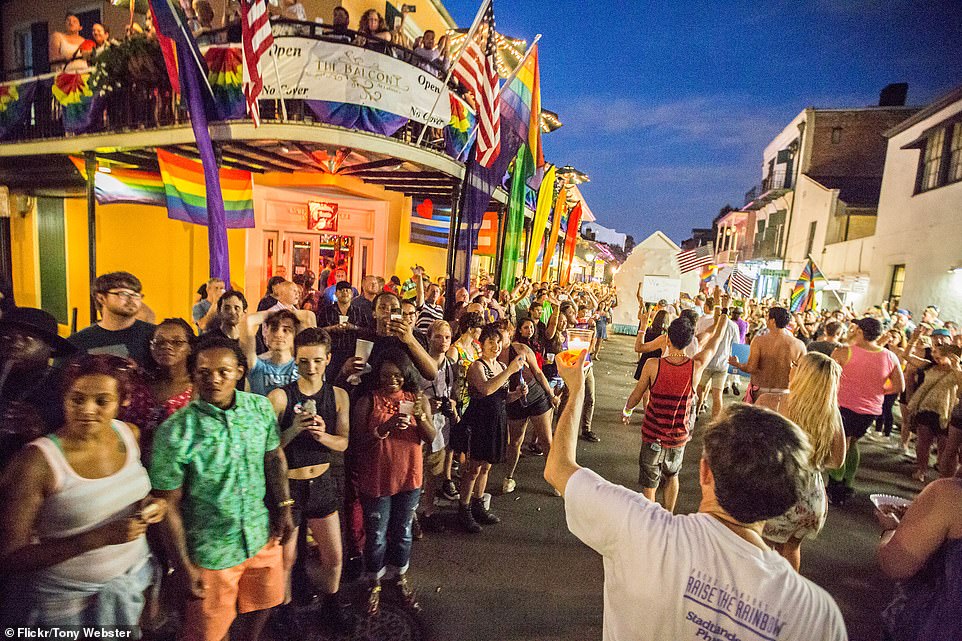 Pictured above are partygoers at Southern Decadence held in New Orleans, Louisiana, back in 2019. It is a major LGBT event expected to draw crowds of more than 20,000 people scheduled for next month 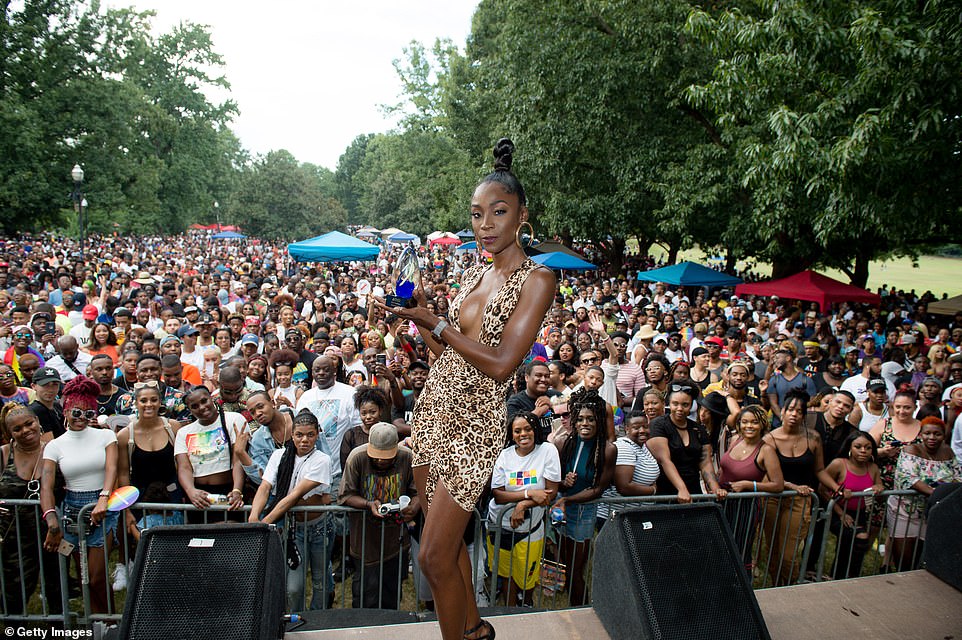 Pictured above is actress and transgender rights activist Angelica Ross at Black Pride in Atlanta, Georgia, back in 2019. The event is expected to draw crowds of more than 100,000 people this year 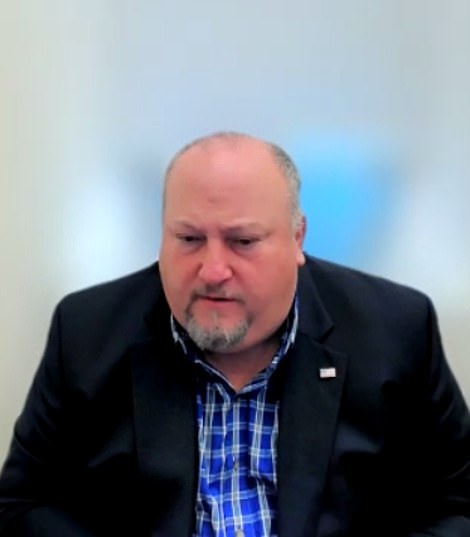 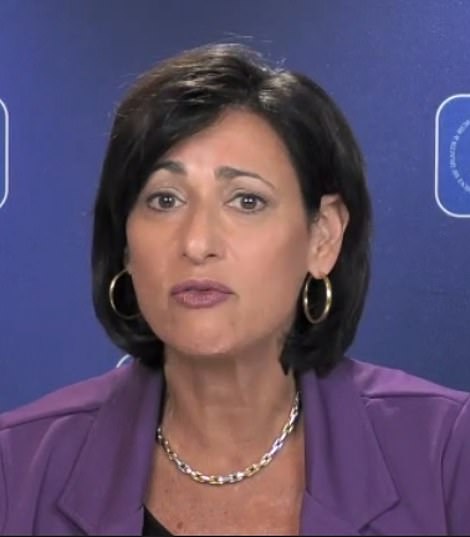 Dr Robert Fenton (left), who is leading the country’s monkeypox response, revealed the plan for pop-up clinics at large LGBT events during a White House press briefing today. Dr Rochelle Walensky, director of the Centers for Disease Control and Prevention, said the move would help get jabs to hard to reach groups 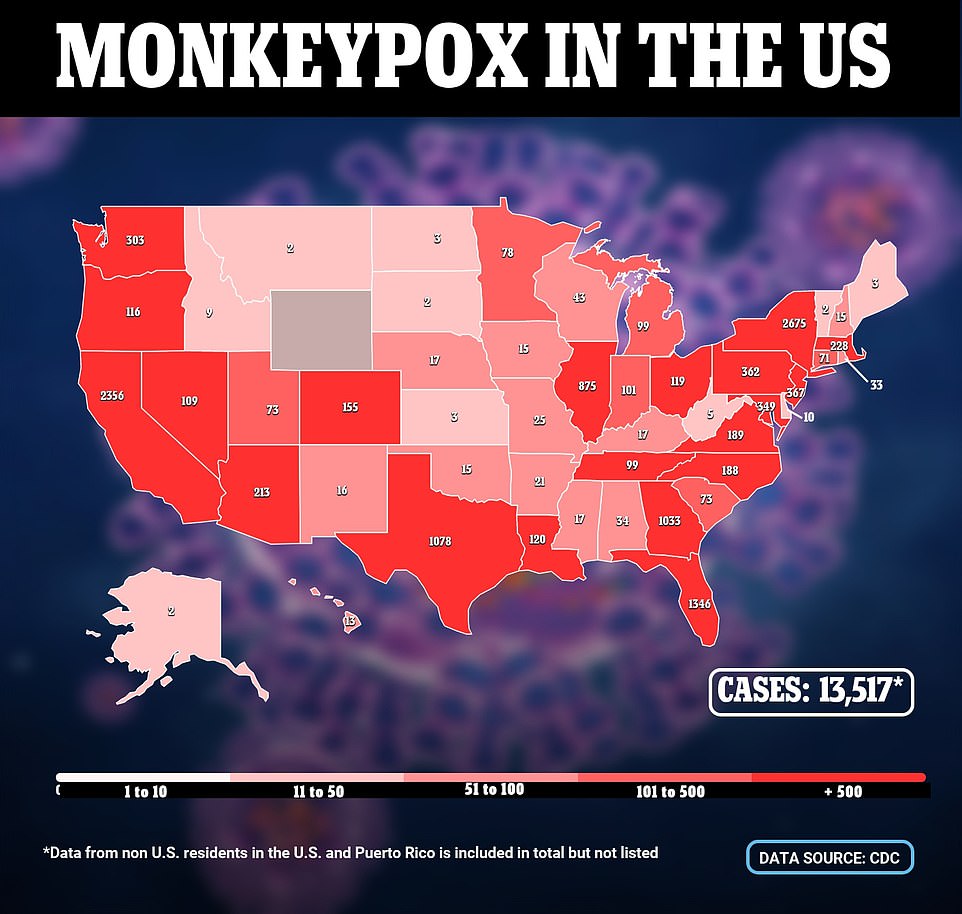 The above map shows monkeypox cases by each state across the United States. The hotspot remains New York with 2,675 cases detected

Revealing the plans to roll out the vaccine at LGBT events, Fenton said state health authorities would need to apply ahead of time to get the jabs — with the number made available based on the event’s size.

Walensky, who directs the Centers for Disease Control and Prevention (CDC) said the ‘pilot program’ would help ensure the vaccine would ‘get to populations we otherwise would not reach’.

She added that efforts would also be made to warn people about the monkeypox outbreak, and guidance would be made available on its symptoms and how to practice safer sex to avoid catching the virus.

A man in his 20s has tested positive for monkeypox after attending ‘large, crowded’ parties and dancing closely with others, but says he had no sex.

The individual — who has not been named — spent four days attending the events in the UK where many attendees donned tank tops and shorts.

They were not raves, and not aimed at gay or bisexual men specifically.

But two weeks after returning to the U.S. he went to doctors in Stanford, California, complaining of lesions. Testing showed he had caught monkeypox.

In the current outbreak the virus is primarily being spread through sex among gay or bisexual men.

But it only requires physical contact with infectious lesions — that can appear anywhere on the body — to be passed on. Fomites such as scabs that get onto towels or bedding can also pass the virus on.

The man told doctors he did not have sex while in the UK. There were no lesions in his genital area, but doctors were unable to examine his rectum.

The man, who is bisexual, had contracted syphilis three-months earlier and was on pre-exposure prophylaxis to protect against HIV.

Dr Abraar Karan, the infectious disease expert who led the report, and others said the case ‘highlights the potential for spread at such gatherings, which may have implications for epidemic control.’

They added: ‘The lack of both sexual exposure and anogenital involvement indicates that mode of transmission may be associated with clinical symptoms; fomites (hotel bedding and sheets, high-touch areas in public settings) may be alternative modes of transmission.’

‘As I’m sure you can appreciate, [large LGBT events] are opportunities to reach populations we might not otherwise reach,’ she said during the press conference.

‘This is not only through setting up vaccine stands but also working hard to ensure we get the right messaging to the right people at these events.’

Earlier this month health officials said they would start giving people just a fifth of the original dose intradermally, or between layers of skin, rather than the original method because research showed the vaccine would still be as effective — while extending the supply.

Dr Peter Marks, who heads up the Food and Drug Administration (FDA), said the size of doses was shrunk in part due to concerns over plans to delay second doses for which there was ‘no data’ available for.

This mirror’s the FDA’s response during the Covid vaccine roll out, when the U.S. stuck to the original dosing gap despite scant supply even while other countries expanded it.

U.S. officials have already shipped 700,000 vials of the Jynneos vaccine to states to date — equivalent to more than a million doses.

Another 360,000 vials have also been made available to states, which can be ordered once they have used at least 90 percent of their supply.

And a further 150,000 vials are expected to arrive later next month, rather than in October that was previously expected.

At present, federal officials are not sure how many doses have been dished out. But Dawn O’Connell, assistant secretary for the response, says they are now starting to receive this information from states.

It is not clear when it will be made available publicly.

The U.S. roll out of vaccines has been repeatedly slammed for being too slow, and failing to distribute doses quickly to states with the biggest outbreaks.

This month it was revealed that the stockpile of vaccines that work against the disease had been allowed to dwindle 99.99 percent — from 20 million to just 2,400 doses — as Jynneos jabs with their three-year shelf-life expired.

Several of these expired doses are still held in the national stockpile, and are currently being tested to establish whether they may still work.

O’Connell also revealed the TPOXX order, saying doses would be sent to states from next week based on the number of cases they had detected and the number of people there at highest risk of contracting the disease.

Becerra said during the conference that they were urging Americans to take monkeypox seriously and keep up to date with protecting themselves against the illness.

‘We have declared a public health emergency and safely expanded supply of vaccines,’ he said. ‘The virus does not care about state lines and it does not wait to spread.

‘So, we will continue to do all we can to communicate and share information. Working together will lead to our collective success.’ 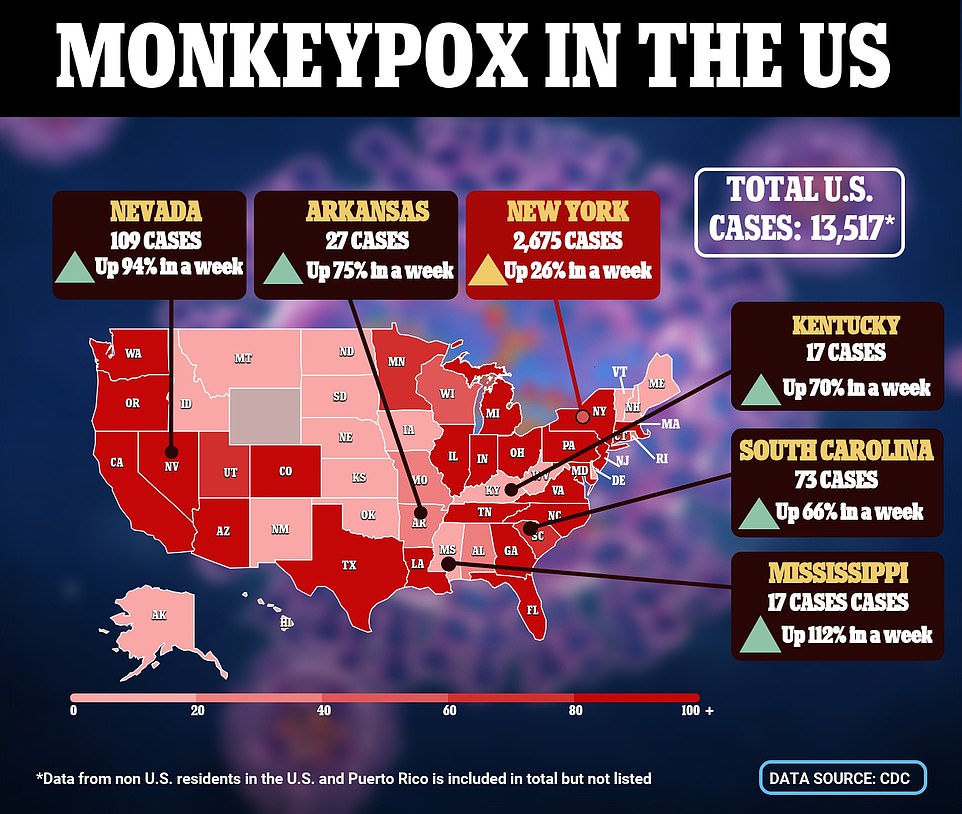 The above highlighted states are those that have seen the biggest uptick in monkeypox cases over the past week. Vermont was excluded because it has only detected two cases. The hotspot — area with the most cases — was included in the map (New York, colored red) 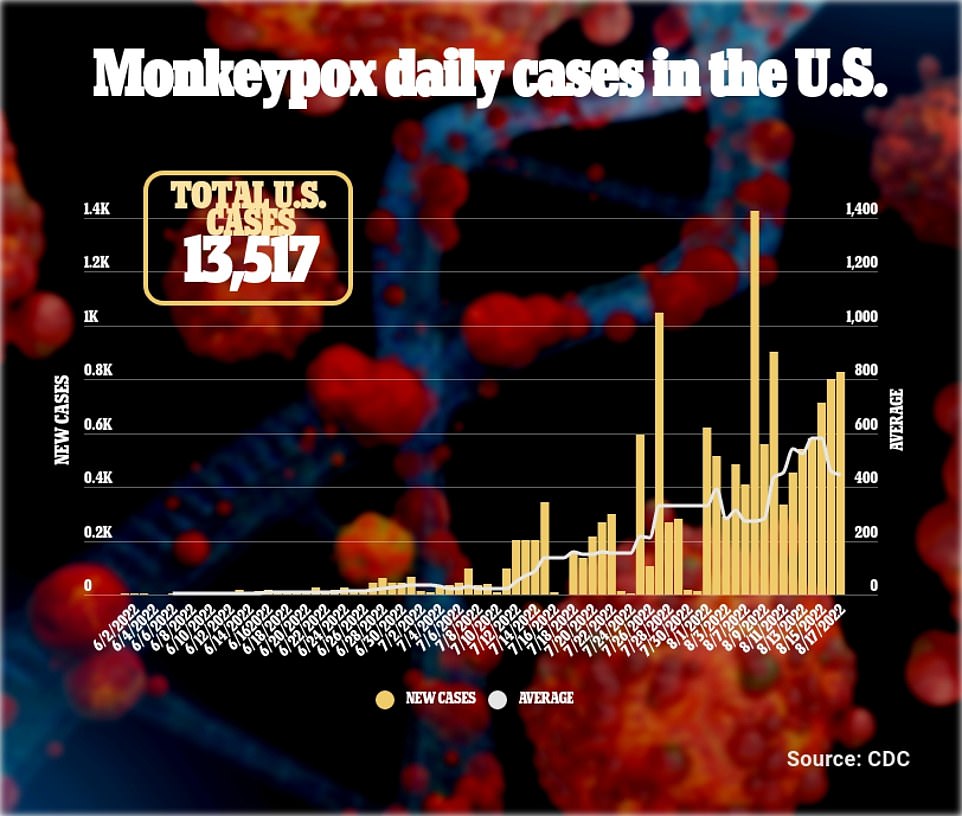 The above shows the daily number of monkeypox cases reported. America now has the capacity to carry out about 10,000 tests for the virus every day

More than nine in ten cases are currently being detected among gay or bisexual men. But there is growing concern that the virus will spill over into more vulnerable groups.

Monkeypox only requires physical contact to spread, be that sexually or by brushing against the lesion of an infected individual. It can also be passed on through fomites — bits of scabs — that infected patients leave on clothing or bedding.

Nine cases have been spotted in children so far — who are more at risk of seriously illness — with the latest detected in a youngster from Oregon. Their parents said they had no symptoms other than a slight rash, with health chiefs saying they are doing ‘very, very well’.

The other cases are in a youngster in Texas, a child up to four years old in Florida, one in Maine, two cases in Indiana, two in California, and one non-U.S. resident who was traveling through Washington D.C.