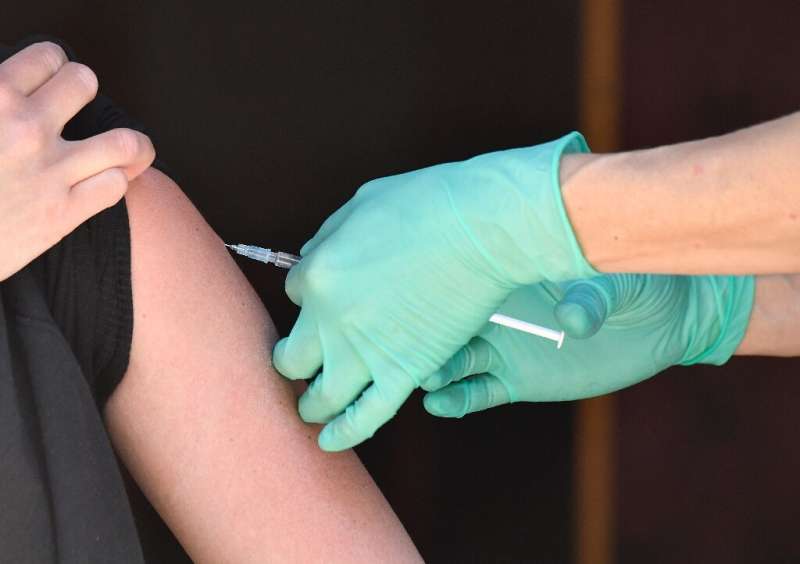 The announcements show how more large companies are moving ahead with vaccine requirements, despite loud criticism from some employee groups and politicians.

President Joe Biden on September 9 announced the government would demand large businesses to require vaccinations, but the administration has yet to elaborate on how the plan will be rolled out. Many leading Republicans have described the mandate as an overreach and an attack on personal freedoms.

United, which has been among the most aggressive large companies in embracing the policy, said the number of workers scheduled to be terminated for refusing vaccines dropped to 320 from 593, after the airline announced Tuesday it planned to fire anyone who had not received the shot.

That means that 99.5 percent of United’s workforce has now been jabbed, excluding those who requested exemptions for health or religious reasons, United said.

“Our vaccine policy continues to prove requirements work,” a United spokeswoman said in an email. “In less than 48 hours, the number of unvaccinated employees who began the process of being separated from the company has been cut almost in half.”

United revised its numbers following a surge in late vaccination uploads into its computer network. Airline officials expect to discover additional employee vaccinations once they initiate meetings with staff in line for termination.

Tyson, meanwhile, said more than 100,000, or 91 percent, of its US workforce had now received at least one dose of a COVID-19 vaccine, more than double the number since the company announced the requirement in August.

“We believe that getting vaccinated is the single most effective thing our team members can do to protect themselves, their families, and the communities where we operate,” said a spokesman for Tyson.

Tyson is providing a $200 incentive to employees to get jabbed and will pay employees for up to four hours if they get vaccinated outside of working hours.

AT&T said employees represented by the Communications Workers of America must be fully vaccinated by February 1 “unless they get an approved accommodation,” according to a press release.

The telecom giant previously ordered management employees to be vaccinated by October 11.

Other large companies such as Chevron, Microsoft and Morgan Stanley have enacted vaccine requirements for all or part of their staffs.

The moves come as large companies await details on Biden’s plan to require businesses with more than 100 employees ensure that their staffs are vaccinated or tested weekly.

In an address three weeks ago, Biden blamed the prolongation of the pandemic on “a distinct minority of Americans” who remain unvaccinated and crowd out hospitals, “leaving no room for someone with a heart attack or pancreatitis or cancer.”

The White House has promised to release detailed rules on the policy in the coming weeks.

More than 60 percent of business leaders agreed with the vaccine mandate, but more than half said they implementing the policy would be “difficult” or “very difficult,” according to a survey by the Conference Board.

Republican Representatives Claudia Tenney of New York and Jim Banks of Indiana introduced Thursday the “Health Freedom for All Act” to block the measure, with Tenney calling it “yet another attempt by the administration to skirt the law and do through government coercion what it is failing to do through persuasion.”

The Allied Pilots Association, which represents American Airlines pilots, called for an”alternate means of compliance” with Biden’s executive order that would allow unvaccinated pilots to fly.