Seven physicians were among 12 medical professionals charged today by the US Department of Justice (DOJ) with opioid distribution offenses. 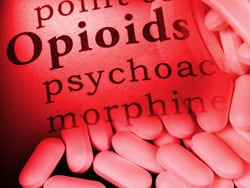 In coordination with federal and state law enforcement, the DOJ charged the defendants for their involvement in the illegal distribution of opioids. At the time that they were charged with the alleged offenses, twelve of the defendants were medical professionals.

The twelve persons in eight federal districts across the country distributed more than 115 million controlled substances, including buprenorphine, clonazepam, dextroamphetamine-amphetamine, hydrocodone, morphine sulfate, oxycodone, oxymorphone, and Suboxone, per the DOJ.

“Doctors and health care professionals are entrusted with prescribing medicine responsibly and in the best interests of their patients. Today’s takedown targets medical providers across the country whose greed drove them to abandon this responsibility in favor of criminal profits,” said Administrator Anne Milgram of the Drug Enforcement Administration (DEA).

One former nurse, one business manager, and one individual who practiced medicine without a medical credential are among those listed in the indictment. These include the following:

Per the indictment, Gayle and Davis operated three medical clinics in Alabama, where Gayle was the sole physician. The medical clinics billed health insurers for millions of dollars in patient visits that Gayle had supposedly conducted but during which she was allegedly absent from the clinics; other staff members conducted the visits instead. It’s alleged that Gayle pre-signed prescriptions for opioids that were given to patients.

Also included in the indictment were Jay Sadrinia, DMD, a Villa Hills, Kentucky, dentist, who was charged with four counts of illegal distribution of oxycodone and morphine sulfate and one count of illegal distribution of morphine sulfate that resulted in death or serious bodily injury; and Casey Kelleher, an owner-operator of Neighborhood Pharmacy in Boynton Beach, Florida, who allegedly sold large amounts of oxycodone and hydromorphone on the black market.

The Centers for Medicare & Medicaid Services’ (CMS’) Center for Program Integrity has taken six administrative actions against healthcare providers for their alleged involvement in these offenses, per the DOJ’s announcement.

“Patient care and safety are top priorities for us, and CMS has taken administrative action against six providers to protect critical resources entrusted to Medicare while also safeguarding people with Medicare,” said CMS Administrator Chiquita Brooks-LaSure.

“These actions to combat fraud, waste, and abuse in our federal programs would not be possible without the close and successful partnership of the Centers for Medicare & Medicaid Services, the Department of Justice, and the US Department of Health and Human Services Office of Inspector General,” she added.

Aine Cryts is a veteran health IT and healthcare writer based out of Boston.