Scientists from the UK and USA have developed an antifouling nanocomposite-coated multiplexed electrochemical sensor platform that can simultaneously detect severe acute respiratory syndrome coronavirus 2 (SARS-CoV-2) RNA and virus-specific antibodies. The platform has shown 100% accuracy in detecting viral RNA and IgG-specific anti-SARS-CoV-2 antibodies. The study is currently available on the medRxiv* preprint server.

Large-scale administration of coronavirus disease 2019 (COVID-19) vaccine together with rapid and accurate detection of acute SARS-CoV-2 infection are the key measures to be taken to control the pandemic trajectory. While reverse transcription-polymerase chain reaction (RT-PCR)-based detection of viral RNA in respiratory samples is considered the most accurate method for COVID-19 diagnosis, serological antibody testing is the most appropriate platform to detect previous SARS-CoV-2 infection as well as vaccine efficacy.

In the current study, scientists have developed an electrochemical sensor-based portable diagnostic device that can detect viral RNA and virus-specific antibodies simultaneously. 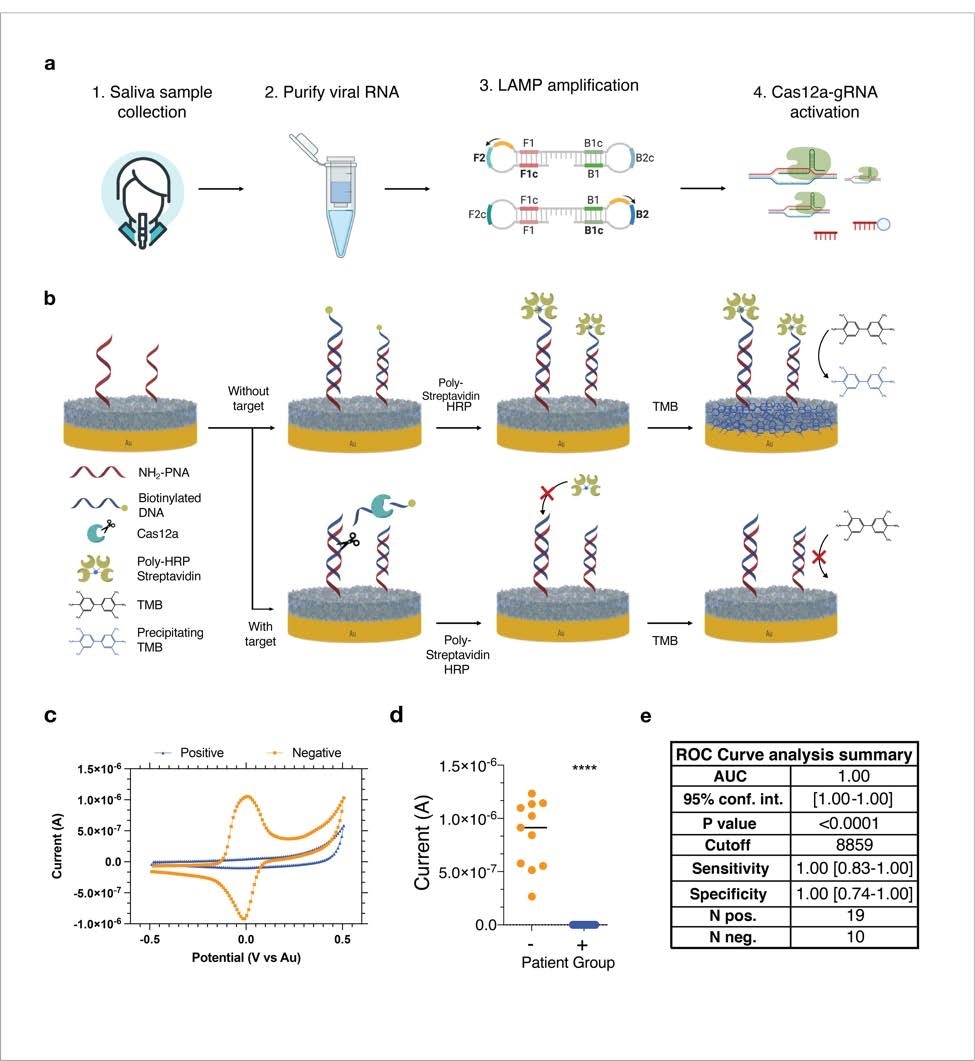 Although electrochemical sensors integrated with biological probes are highly cost-effective and ultra-sensitive platforms for simultaneously detecting viral nucleic acids and proteins, one major disadvantage is the accumulation of waste materials of biological samples on the sensor surface. This biofouling can significantly reduce the sensitivity and specificity of the sensor by altering surface chemistry and reducing signal strength. To overcome this limitation, the scientists coated the sensor (gold chip) with an antifouling nanocomposite composed of glutaraldehyde cross-linked bovine serum albumin covered with conductive reduced graphene oxide. After surface coating, gold chips were activated by chemical compounds, and capture probes were spotted on top of the electrode area. 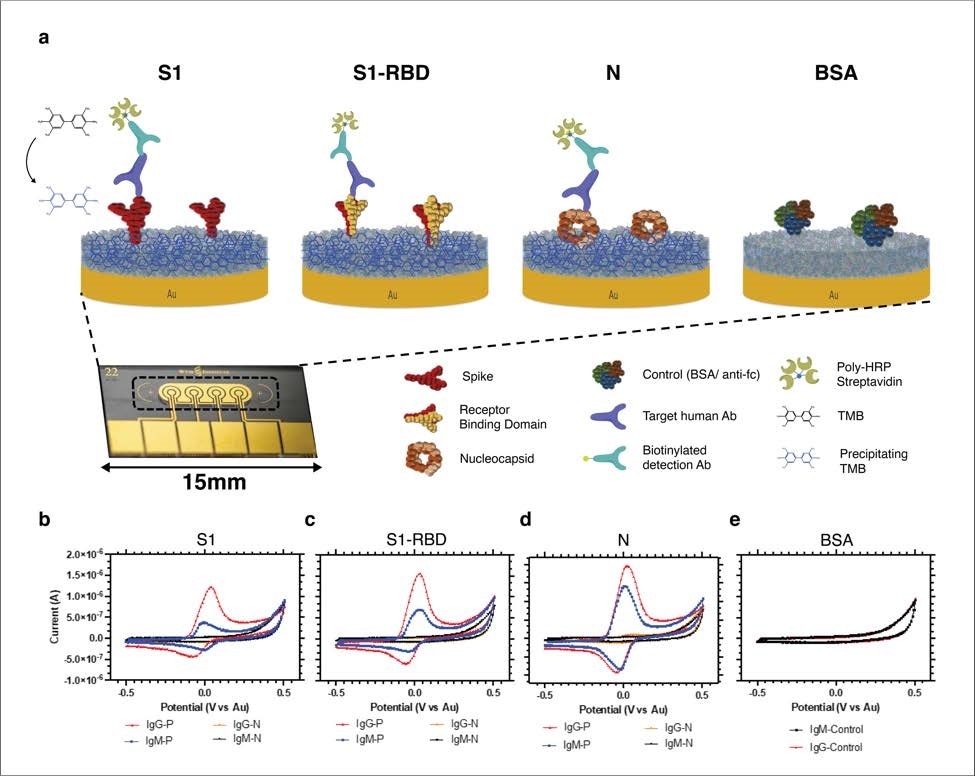 They integrated the CRISPR/Cas-based assay into the electrochemical sensor by partially hybridizing a biotinylated single-stranded DNA reporter probe to peptide nucleic acid capture probes, which were immobilized on the sensor surface.

The scientists conducted a series of experiments to validate the diagnostic potency and accuracy of the multiplexed electrochemical sensor platform.

The scientists modified each electrode with one of the three tested antigens to detect viral RNA and antibodies simultaneously in a single chip. They conducted validation experiments using clinical saliva samples as it is a rich source of both viral RNA and antiviral host antibodies.

They spiked the heat-inactivated saliva samples with SARS-CoV-2-infected plasma samples to stimulated the ratio of saliva IgG antibodies compared to human serum. Then, they divided each plasma-spiked saliva sample into two portions for simultaneous detection of viral RNA and antiviral antibodies.

The findings revealed that a single electrochemical sensor chip with multiple electrodes has 100% sensitivity and specificity to detect viral RNA and host antibodies within a short period of time (30 minutes). Moreover, the platform required a very low sample volume for the readout.

The study describes the development and validation of a versatile, cost-effective electrochemical sensor platform that combines CRISPR-based viral RNA detection and serological assay-based host antibody detection. The diagnostic performance of the platform is equivalent to conventional laboratory-based methods.