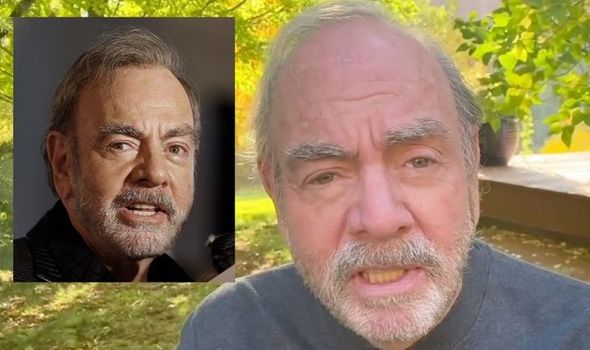 Shocking his loyal fans the singer made the announcement that he had been diagnosed with Parkinson’s Disease on his 50th Year Anniversary World Tour. The condition, which currently has no cure, is a progressive nervous system disorder that affects movement. Despite his diagnosis the star said that he was “doing pretty well”.

Although being in seemingly good health, the singer said: “It does have its challenges, but I’m feeling good and I feel very positive about it. I’m feeling better every day. [I’m] just dealing with it as best I can, and just keep the music coming.

“I take my meds. I do my workouts. I’m in pretty good shape. I’m feeling good. I want to stay productive, I just can’t do the traveling that I once did, but I have my wife there supporting me (and) friends.”

In a rare appearance the star took to stage in Las Vegas at a gala where he was being honoured.

Retirement or his illness has not stopped the singer from doing what he does best as he also revealed to Parade that he is always jotting down song ideas.

In fact he even states that the condition may have made his voice better.

The singer said: “In a strange way, I think I’m singing better than ever. It’s probably because I’m not on the road singing full-out and tearing up my voice. So it’s in very good shape, which I didn’t expect.”

In terms of the emotional impact of the disease he added: “I don’t deal with it. I think I’m in denial or something. I feel fine. And it’s music—I’ve been doing it since I was a teenager. I don’t tense up when I get in front of a microphone. That’s when I loosen up and let it all hang out.

“I didn’t think I would make it this far. It’s a lot of years, but I have to accept it. So I’m going to accept it.

“I know I’m lucky to reach this point. Maybe I’ll write some new songs about it. I’m just happy to be around.”

As Parkinson’s is a progressive condition, The Mayo Clinic states that in the early stages your face may show little or no expression.

Speech is often a little slurred or arms may not swing when you walk but symptoms on the whole can go unnoticed.

When symptoms begin to get worse they usually start on one side of the body and remain on that side.

The most common symptoms of the condition include the following:

The symptoms occur because certain nerve cells in the brain gradually break down or die. Due to a loss of these nerves there is also a lack of a chemical messenger in your brain called dopamine.

It is this lack of chemical that then causes symptoms. Factors such as genes and environmental triggers can also make individuals more susceptible to the condition.

Parkinson’s disease is often accompanied by these additional problems: