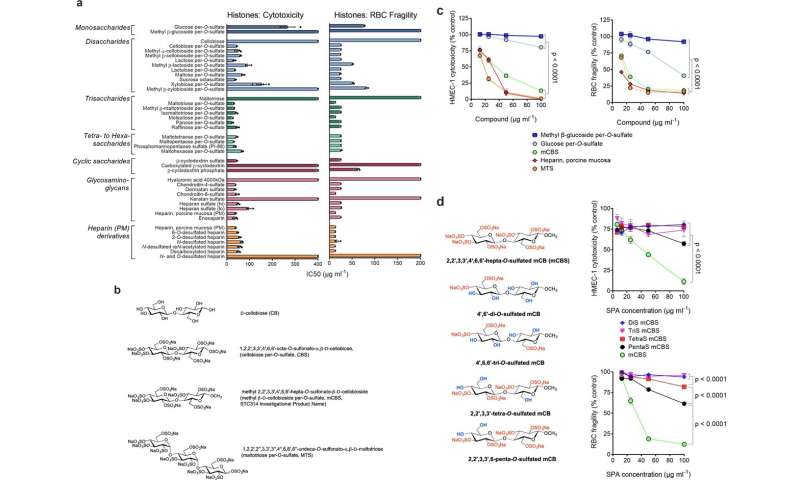 A promising new drug to combat sepsis has been developed by researchers at The Australian National University (ANU), potentially saving millions of lives each year.

ANU Professor Christopher Parish and his team have been working on the drug for more than 10 years, with the drug being developed from compounds originally designed to fight cancer.

There are some 11 million sepsis-related deaths worldwide each year, according to The World Health Organization (WHO) – accounting for almost 20 percent of all global deaths.

“There is a huge medical need for a treatment for sepsis. It is surprising how many people die from sepsis and the medical profession hasn’t yet found a treatment,” Professor Parish said.

“We hope that we can now treat the untreatable. This drug is very safe, and we are very excited about its potential use against sepsis.”

Sepsis is a dangerous, often fatal response, to many infections including COVID-19.

“Sepsis occurs when pathogens—usually bacteria but sometimes viruses—get out of control and the immune system tries to control them but overdoes the job and causes massive collateral damage,” Professor Parish said.

“Our drug stops patients from feeling very sick due to this uncontrolled collateral damage, a process that can result in multi-organ failure and death.”

It has now passed phase one clinical trials in healthy volunteers and is undergoing another phase one trial in sepsis patients.

The development of the new drug was made possible after a discovery made by US researchers about a decade ago. They found a prominent family of proteins that interacts with DNA, called histones, are the cause of death by sepsis.

“Normally histones are harmless, packaging DNA within cells, but outside cells they can be very toxic,” Professor Parish said.

“In fact, some white cells extrude their histones in net-like structures that entrap pathogens and, via their histones, are very toxic for pathogens.”

Histones are toxic because they can bind to the surface of cells and puncture holes in them—but they are unable to discriminate between pathogens and their own cells.

Professor Parish’s team has been working on a drug which neutralizes histones.

“The drug binds to histones and stops them from punching holes in cell membranes.”

The researchers say their new drug could help some people with COVID-19—particularly those patients with sepsis-like symptoms in their lungs.

“We have spent 10 years developing this drug to treat sepsis and although not planned, we predict it may have some activity against COVID-19,” Professor Parish said.

“But sepsis will be here long after we control COVID-19—because it can come in all shapes and forms and a lot of pathogens can induce it.

“If this drug works as predicted, it should be a game changer in treating sepsis—one of the biggest challenges in 21st century medicine.”