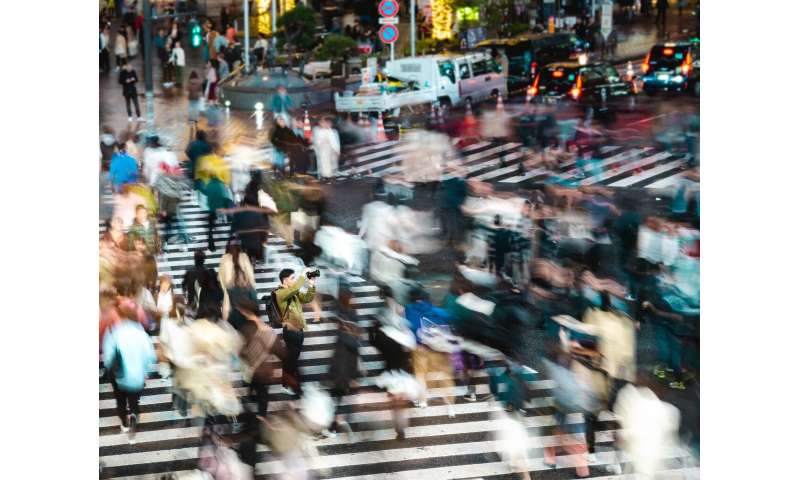 From a half-hidden corner in a crowded scene, a thief emerges to snatch a purse. Three days later, can you remember what he looks like?

That may depend upon how long after the incident you are asked about it and what you remember about the details surrounding the event, according to research published this August in the Journal of Cognitive Psychology.

The first author of the article, “Effects on memory of early testing and accuracy assessment for central and contextual content,” is Jessica S. Wasserman; she and third author Crystal Casado were Binghamton University undergraduate students working with Distinguished Professor of Psychology Ralph Miller. Both have since graduated, along with doctoral student Cody W. Polack. The first author, Wasserman, is now pursuing a doctorate in clinical psychology at Yeshiva University.

The researchers gathered data from an experiment conducted with Binghamton undergraduates. Participants were shown a video depicting a purse-snatching and then asked to recall details of the event in a series of forced-choice questions. One group of students was asked the questions immediately after watching the video and again 48 hours later; the second group was tested only after the 48-hour delay.

The researchers found that early testing not only resulted in more accurate memory than when initial testing was delayed two days, but also reduced forgetting over the two-day period. Memory about the context of the event—the time and place—also correlated positively with the central memory of the thief.

Because of this, they recommended that investigators interview witnesses as early as possible after the event to minimize subsequent forgetting, and ask questions about multiple aspects of the context surrounding the event in addition to questions about the perpetrator.

Eyewitness testimony certainly can be fallible, which is well known in memory research, Miller acknowledged. The paper explored ways to increase the accuracy of eyewitness testimony —with the understanding that you cannot ever completely eliminate the potential for error.

“All evidence, without exception, is potentially imperfect. Realistically, there’s no such thing in a court of law as evidence beyond a shadow of a doubt. What we are concerned with is the degree of doubt,” Miller said.

Memory is a complex process, whether you’re finding your car keys or giving a statement to police as a witness to a crime.

The ability to retrieve information fluctuates in the first day after the event. But by the 48-hour mark, no further major fluctuations occur, which is why that time frame is often used in memory research, explained Miller, who has studied the workings of memory for 55 years. After that point, the relationship between different memories will decay at roughly an equal rate proportional to their strengths.

If you’re quizzed about an event soon after it happens, you’re more likely to remember details during later interviews, a phenomenon known as the “testing effect.” The testing effect itself isn’t new; in fact, Miller published research concerning the testing effect in rodents 40 years ago. This new research, however, is the first to directly link the testing effect to an eyewitness situation.

“If the first recall is accurate, it’s going to contribute to the second recall being more accurate, which is one of the important points of the paper,” Miller said.

During trials, juries often assess the potential accuracy of eyewitnesses by asking them known contextual details about the event, such as the place and time. Although a correlation between the contextual details and central information concerning the thief is often assumed, the connection hadn’t previously been explored experimentally, Miller said.

Individuals who are more attuned to other people—those who are more apt to remember faces, for example—may be more likely to retain personal details, Miller explained.