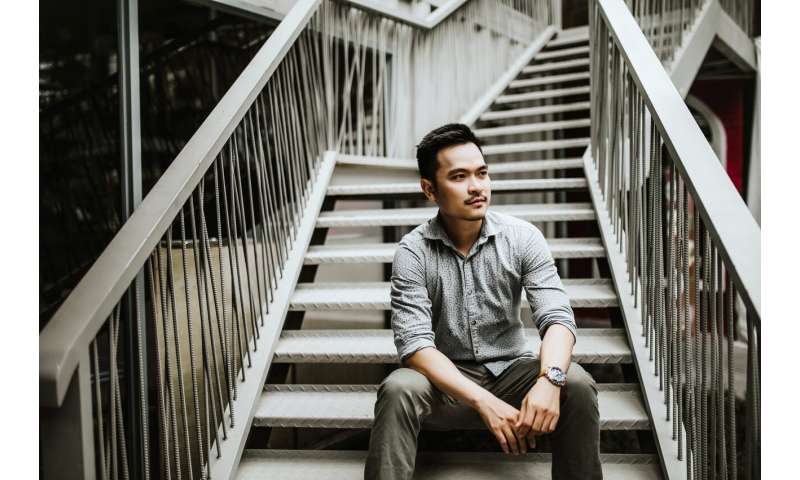 Men and women who identify as gay/lesbian or bisexual tend to show different personality traits to those who identify as straight, particularly among younger adults. This is according to new research, published in the Journal of Sex Research.

Reviewing the data of 21 studies encompassing the information of more than 375,000 men and women, lead authors Mark Allen and Davina Robson from the University of Wollongong in Australia, carried out their study to test a hypothesis (known as the “gender-shift hypothesis”) which predicts that sexual minority (LGB) individuals display attributes more typical of the other sex—such that gay men express more feminine-type traits and lesbian women express more masculine-type traits.

Allen and Robson investigated whether five major personality traits—neuroticism, extraversion, openness, agreeableness and conscientiousness—differ across sexual orientation categories and whether these differences are consistent across age groups.

In relation to the hypothesized model, the researchers found small to medium effect size differences in personality traits between the different sexual orientations, whilst there was also evidence that these differences tend to decline with age.

“Important differences were found on all five personality traits, and effects were generally in line with predictions of the gender-shift hypothesis,” comments Allen.

“By middle adulthood, however, there was little difference in personality traits between people with different sexual identities.

“These findings indicate that personality trajectories over the adult lifespan might differ for sexual minority individuals.”

The conclusions of this research, which builds on previous work that has focused on a single age group, could have implications for health care professionals working with sexual minority (LGB) individuals and be used to support those who may most require programs on sexual identity distress.

A limitation of this research is that included samples were largely from industrialized nations. How well the findings transfer to all world regions and different cultures remains unknown.