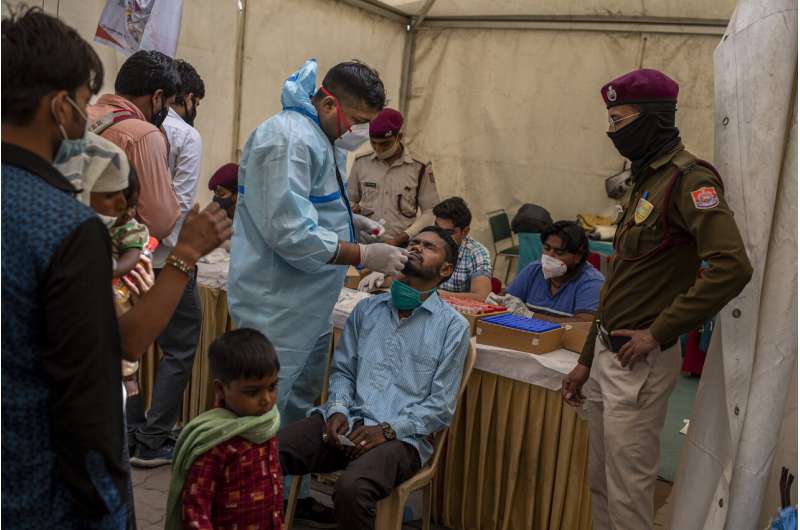 A new and potentially troublesome variant of the coronavirus has been detected in India, as have variants first detected in the United Kingdom, South Africa and Brazil, health officials said Wednesday.

Health Ministry officials and experts, however, cautioned against linking the variants with an ongoing surge in new infections in India.

Cases in India had been plummeting since September and life was returning to normal. But cases began spiking last month and more than 47,000 new infections were detected in the past 24 hours, along with 275 deaths—the highest one-day death toll in more than four months.

The virus has been mutating throughout the pandemic. Most mutations are trivial, but scientists have been investigating which ones might make the virus spread more easily or make people sicker.

The three variants first detected in South Africa, Britain and Brazil are considered the most worrisome and have been designated “variants of concern.” The three variants were found in 7% of the nearly 11,000 samples that India sequenced since Dec. 30. The most widespread of these was the more contagious variant that was detected in the U.K. last year.

The new variant found in India has two mutations in the spiky protein that the virus uses to fasten itself to cells, said Dr. Rakesh Mishra, the director of the Centre for Cellular and Molecular Biology, one of the 10 research institutes sequencing the virus. 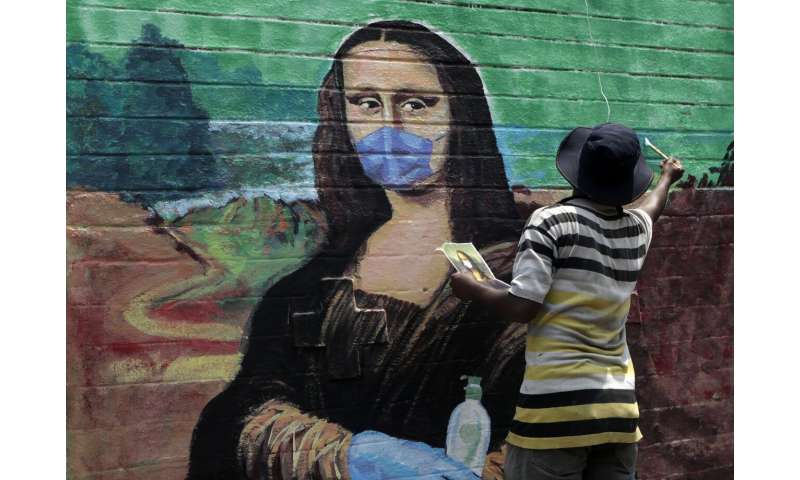 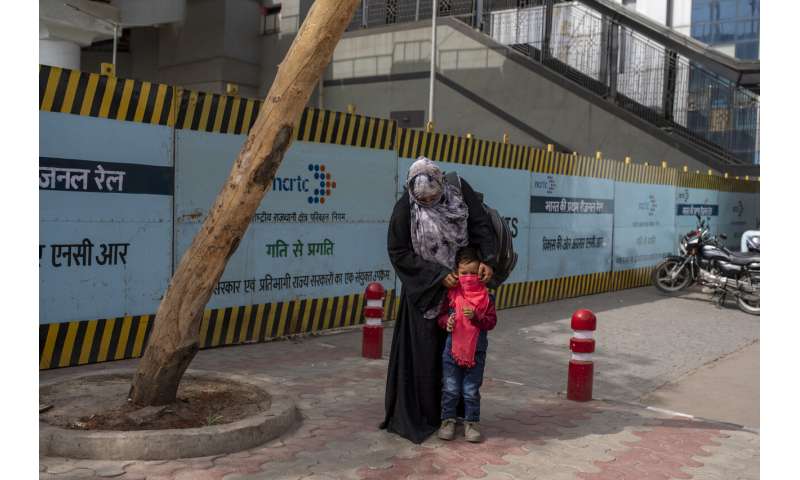 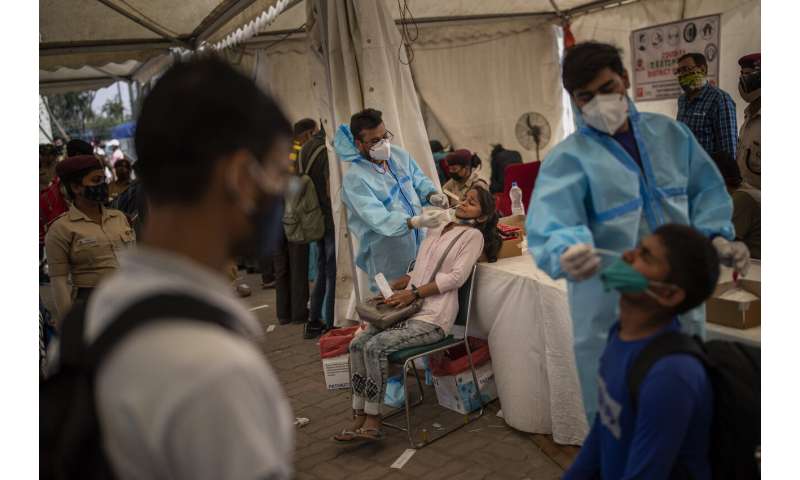 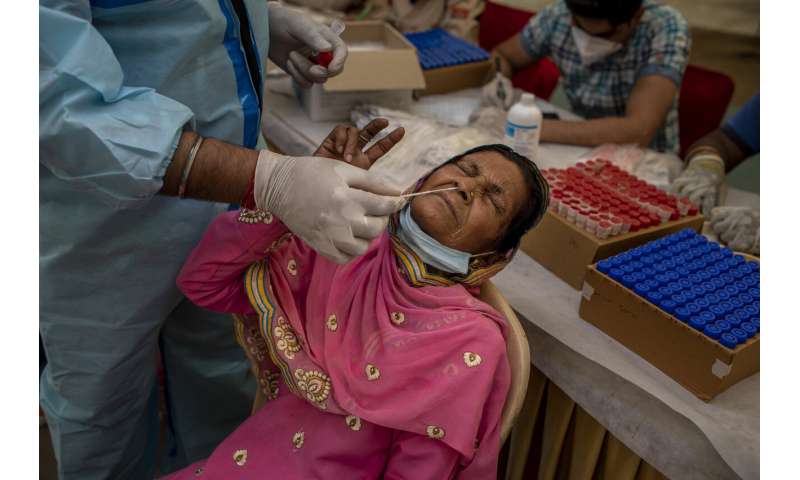 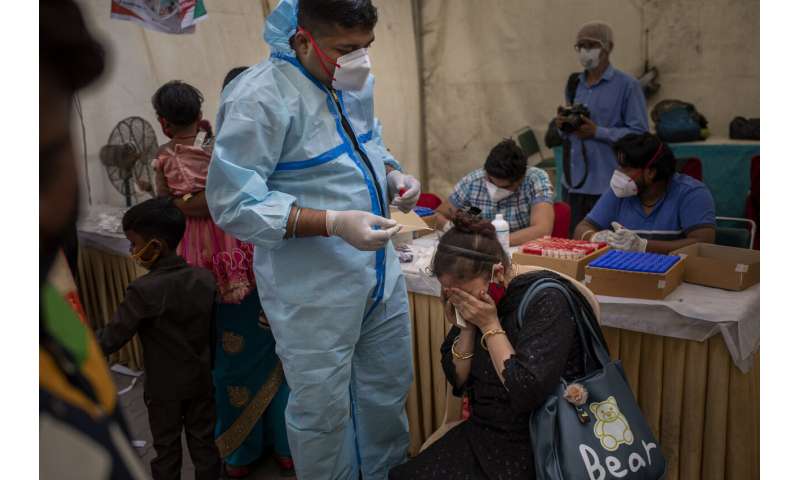 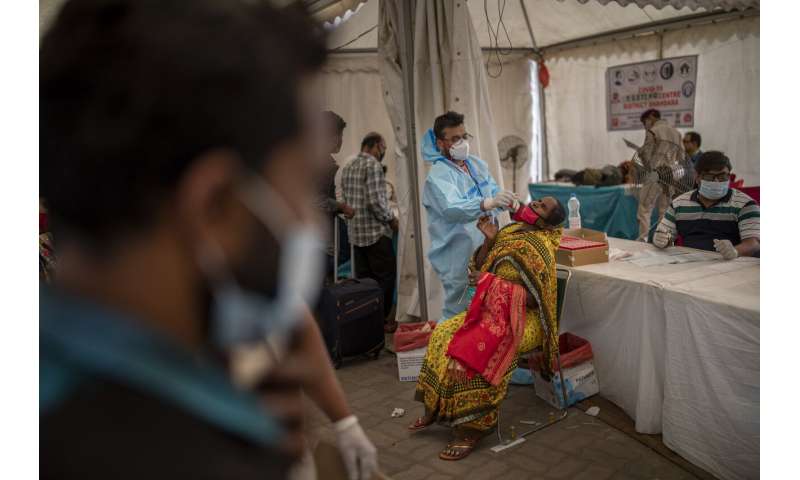 He added that these genetic tweaks could be of concern since they might help the virus spread more easily and escape the immune system, but he cautioned against linking it to the surge.

The Health Ministry said in a statement that the variant was found in 15%-20% of the samples sequenced from Maharashtra state. The state, which is home to India’s financial capital, has been worst hit by the recent surge and accounts for over 60% of all active cases in India.

In Maharashtra’s Nagpur city, the infections caused by this new variant were in those parts of the city that had, so far, been least affected, said Dr. Sujeet Singh, the chief of the National Centre for Disease Control in New Delhi.

“The susceptible pool of population … was substantially large,” Singh added.

Meanwhile health officials admitted that they were worried about upcoming festivals, many of which mark the advent of the spring. India’s government has written to states to consider imposing restrictions, but many celebrants have defied distancing and virus protocols.