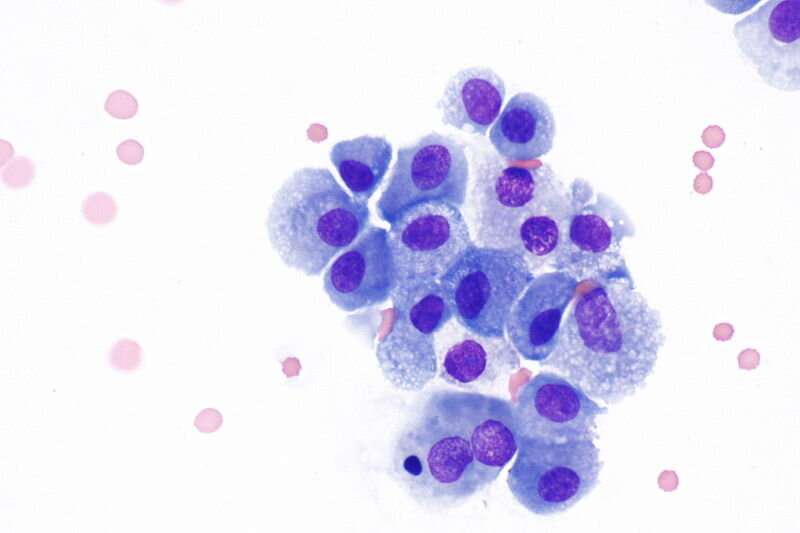 Scientists from the Trinity Biomedical Sciences Institute (TBSI) have discovered two new ways to block inflammatory macrophages—front-line cells in our immune system that cause complications in a suite of diseases, including COVID-19.

The scientists have just published their findings, which describe potential new mechanisms for limiting the troublesome inflammatory role of these cells, which can become over-active in infected individuals, in back-to-back publications in the Journal of Immunology.

The first paper describes how a molecule called 4-OI, which is based on the natural anti-inflammatory molecule itaconate, can block production of an enzyme called COX2, which is critical for prostaglandins.

This supports the use of 4-OI or molecules based on it as a wholly new class of anti-inflammatory compounds, which could prove useful in several diseases, including COVID-19.

In the second paper, another molecule, called I3P, which is derived from parasites called Trypanosomes (which cause sleeping sickness), is also shown to be an inhibitor of prostaglandins.

This might help Trypanosomes survive in their infected hosts, since it will limit the inflammatory response against the parasite—providing a good example of how a pathogen can manipulate the host it is infecting for its own survival.

Lead author on both publications, Ciana Diskin, who is in the School of Biochemistry and Immunology in TBSI, said: “We have found two important ways to limit the production of prostaglandins from macrophages. Prostaglandins are very important drivers of acute inflammation and can also cause fever.”

Luke O’Neill, Professor of Biochemistry at Trinity and based in TBSI, is the senior author on both papers. He added: “These two publications reveal new mechanisms to limit inflammatory macrophages, which could have use in multiple diseases.