Question Time guest hits out at government’s ‘insult’ to NHS

Consideration should be given to full weekend working, securing private hospital beds and even sending patients abroad for treatment. Dr Andy Stein – who has advised the Government on NHS reform – said work needed to start now if we wanted to avoid a grim winter bringing the health service to its knees again. His warning came as Health Minister Edward Argar said there are “no plans” to increase bed capacity, in answer to a parliamentary question by Philip Davies, the Conservative MP for Shipley.

It followed new figures which showed as many as 300,000 patients in England had waited more than a year for non-urgent operations – up from only about 1,500 before the pandemic.

A total of 4.6 million people in January were waiting for NHS treatment or surgery, the highest since records began in 2007, with up to six million “hidden” patients who were not referred during the pandemic.

Dr Stein said: “We can no longer continue delaying treatment for people with time critical conditions such as cancer and heart disease. They will die.

“Many others are waiting with benign conditions which are becoming life threatening as time goes on. If we don’t take radical action now thousands will die unnecessarily.” 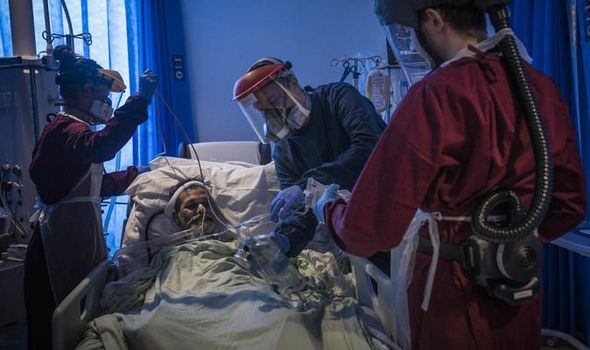 He added: “I see no plan for sorting out the post-Covid world. Boris Johnson has pledged to build 40 hospitals.

“But these will take five years to complete and so are not a short-term solution to a long-term problem that we have now.”

He said action could include renting half or more of the UK’s estimated 10,000 private beds, introducing weekend work for staff working privately in the NHS, and paid use of hospitals abroad, such as Germany.

Chris Hopson, chief executive of NHS Providers, said it would take years rather than months to clear the backlog of urgent operations caused by the pandemic. He said priority should be given to people who need treatment so they can go back to work, rather than those waiting longest.