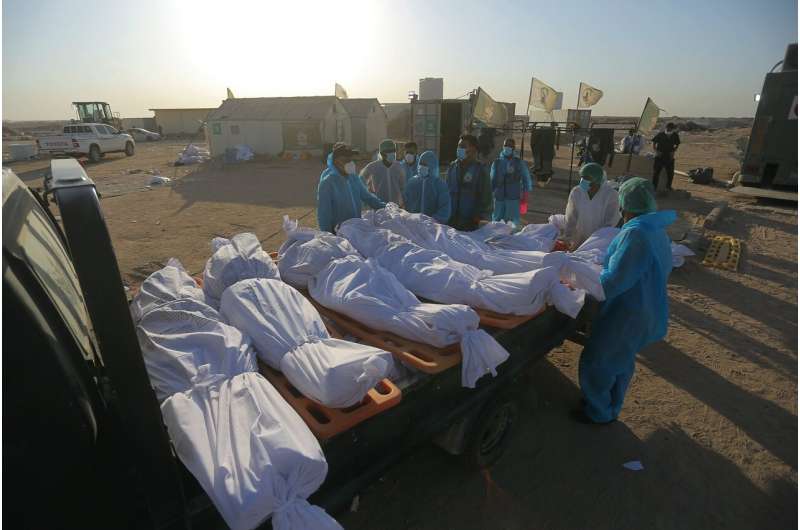 Hospitals in Turkey and Poland are filling up fast. Pakistan is restricting domestic travel to bring a surge in coronavirus infections under control. Even Thailand, which has weathered the coronavirus pandemic far better than many nations, is now struggling to contain a new COVID-19 surge.

Even countries where vaccine rollouts are finally getting some momentum, infections, hospitalizations and deaths are surging. And that leaves even bleaker prospects for much of the world, where largescale vaccination programs remain a more distant prospect.

The World Health Organization said Friday that it’s very concerned as infection rates are rising in all of the world’s regions, driven by new virus variants and too many nations and people coming out of lockdown too soon.

“We’ve seen rises (in cases) worldwide for six weeks. And now, sadly, we are seeing rises in deaths for the last three weeks,” Dr. Margaret Harris, a spokeswoman for the World Health Organization, said at a briefing in Geneva.

Turkey is among the badly hit countries, with most new cases of the virus traced to a variant first found in Britain.

Ismail Cinel, head of the Turkish Intensive Care Association, said said ICU units were not yet at full capacity, but that the surge was beginning to strain the nation’s relatively advanced health care system. 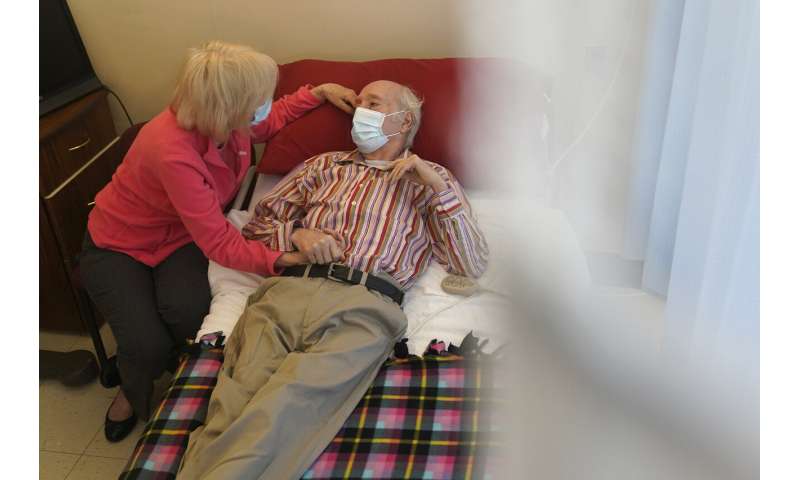 “The mutant form of the virus is causing more harm to the organs,” he said. “While two out of ten patients were dying previously, the number is now four out of 10. And if we continue this way, we will lose six.”

Turkish President Recep Tayyip Erdogan eased COVID-19 restrictions in early March, keen to minimize pain to his nation’s ailing economy. Yet with this new spike, he was forced to announce renewed restrictions, such as weekend lockdowns and the closure of cafes and restaurants during Ramadan, which starts on April 13.

Turkish medical groups say the reopening in March was premature and that the new measures won’t go far enough to curb the surge. They have been calling for full lockdowns during the holy Muslim month. 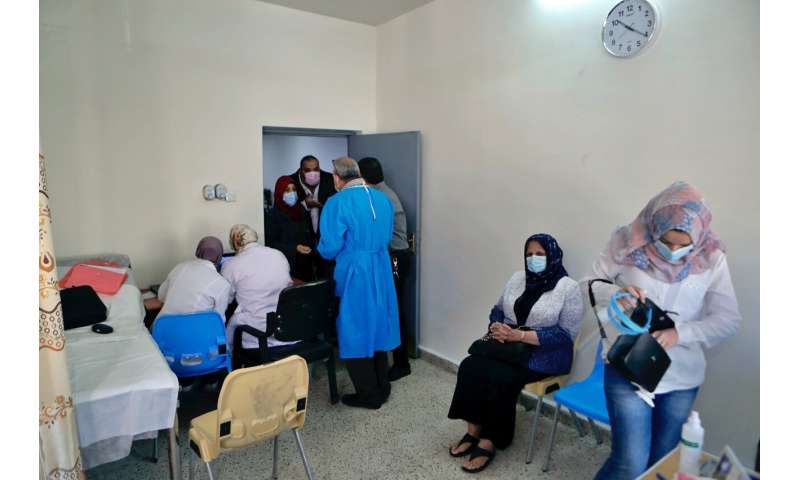 In Iran, the death toll is also rising, prompting new restrictions that will take effect for 10 days in 257 cities beginning Saturday. They involve the closure of all parks, restaurants, confectionaries, beauty salons, malls and bookstores.

Authorities in Pakistan, which is in the middle of a third surge of infections, are restricting inter-city transportation on weekends starting at midnight Friday as part of measures aimed at limiting coronavirus cases and deaths.

And elsewhere in Asia, authorities in Thailand on Friday ordered new restrictions in an effort to contain a growing coronavirus outbreak just days before the country’s traditional Songkran New Year’s holiday, when millions of people travel.

Japan, meanwhile, announced tougher measures ahead of the Summer Olympics.

The only exceptions to the deteriorating situation are those countries that are advanced in their vaccination program, mostly notably Israel and Britain. Even the U.S., which is a vaccination leader globally, is seeing a small uptick in cases. 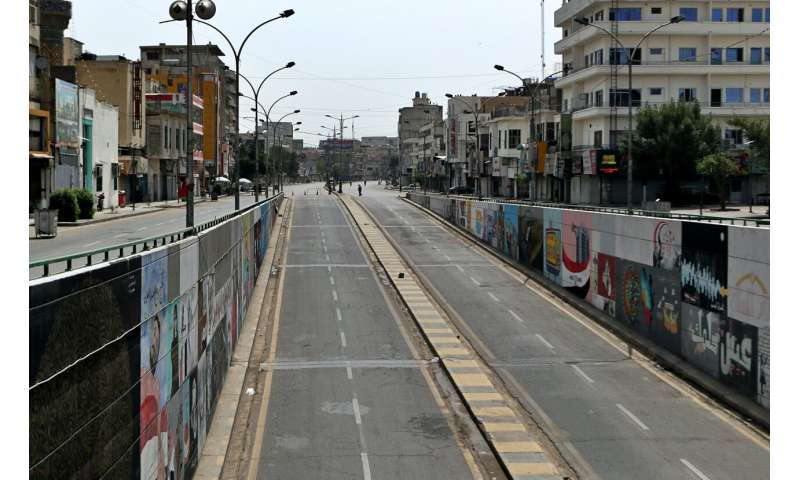 In Germany, Poland and other countries in the 27-member European Union, vaccination programs are finally ramping up after a very slow start in the first three months of the year due to delivery shortages.

In Germany, thousands of doctors’ practices joined the vaccination campaign this week. That helped Germany reach its second consecutive daily record on Thursday of 719,927 doses administered—meaning that 14.7% of the population has now received at least one dose and 5.8% have received both shots.

Yet German health officials are warning of a steep rise in intensive care patients and are calling for stronger action to contain coronavirus infections.

Lothar Wieler, the head of Germany’s disease control center, the Robert Koch Institute, said Friday that “intensive care units are filling up fast” across the country. He said nearly 4,500 COVID-19 patients are receiving intensive care, with the number increasing by 700 over the past week—a 20% rise. 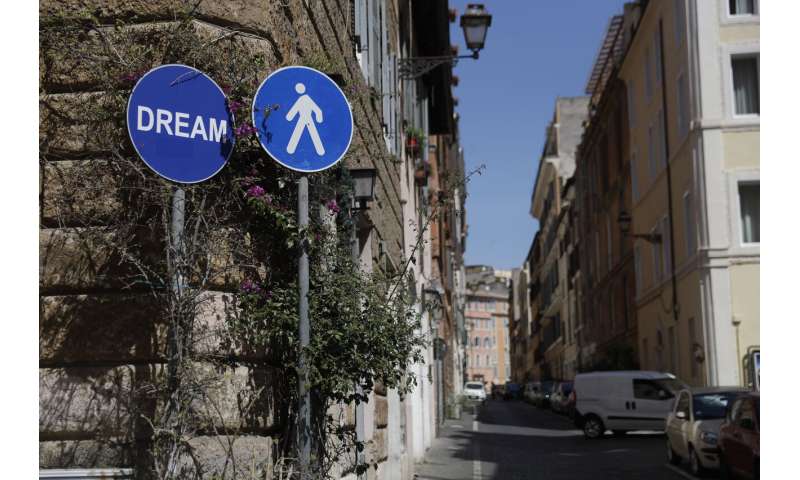 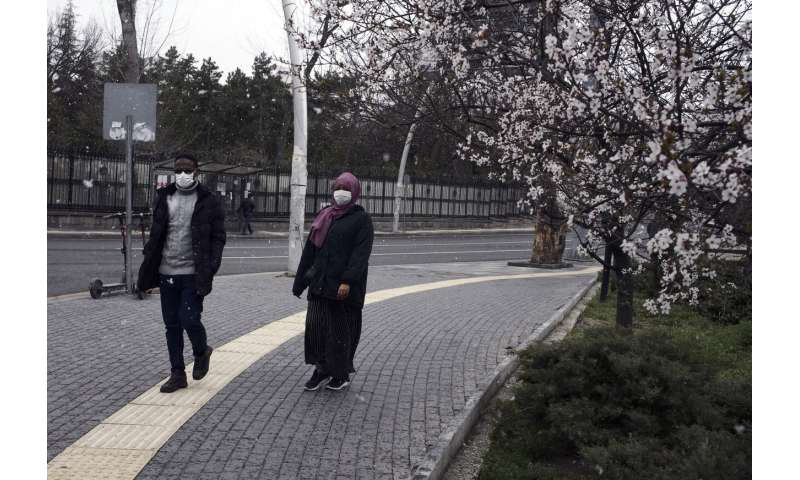 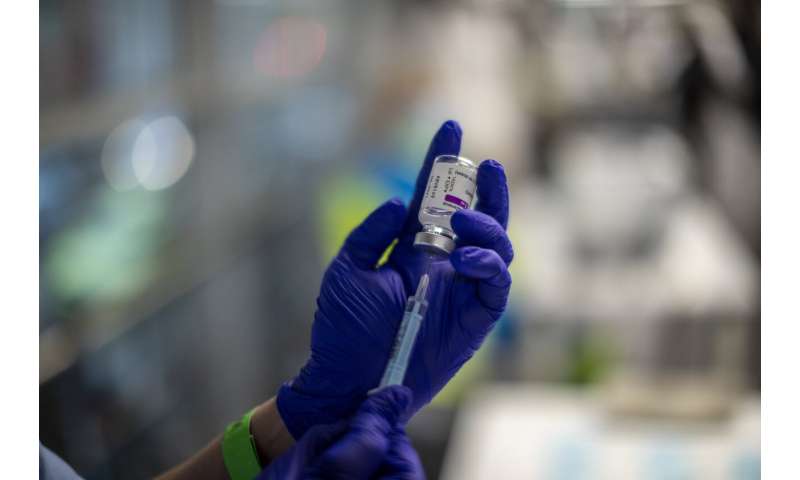 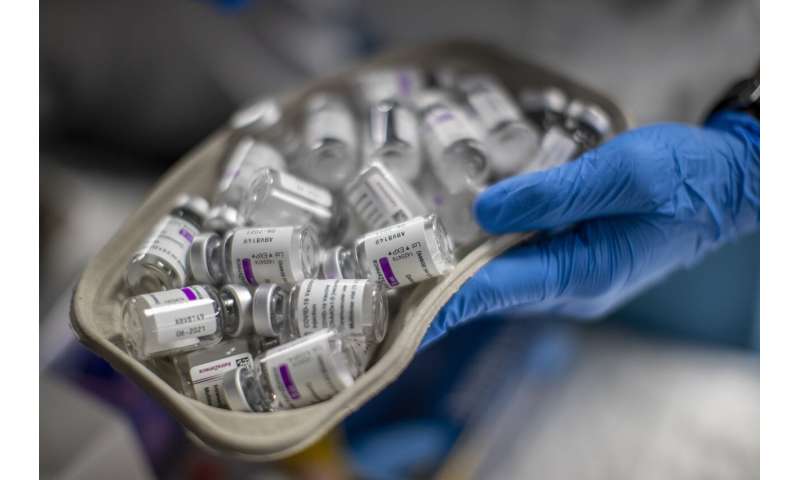 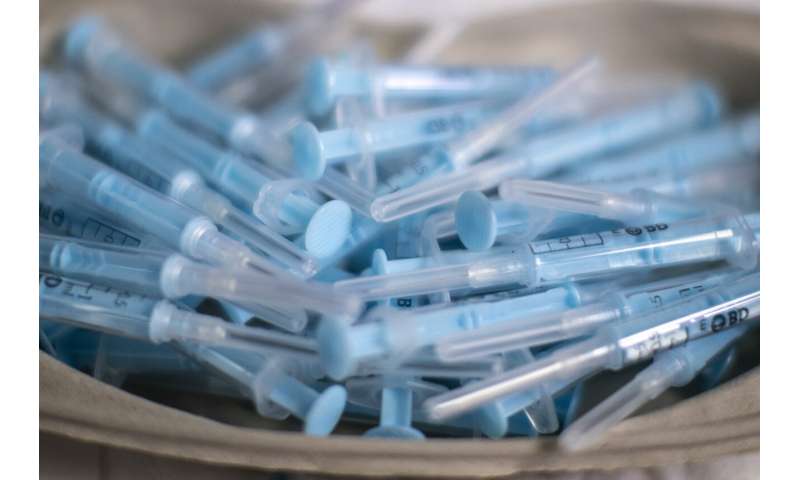 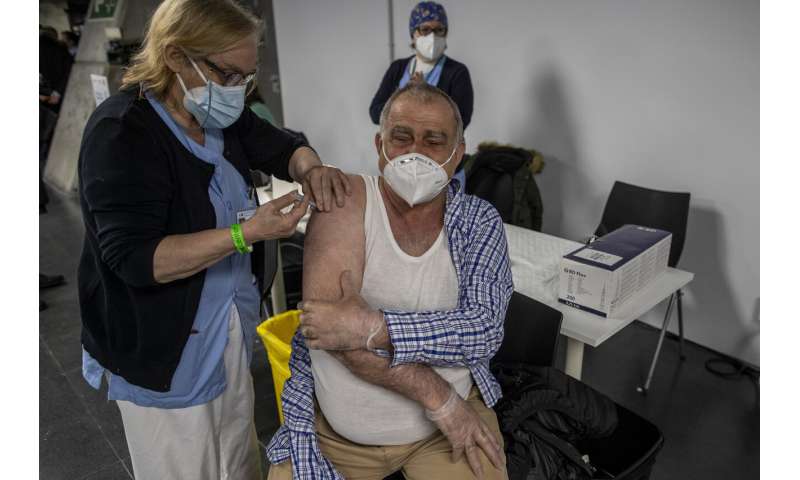 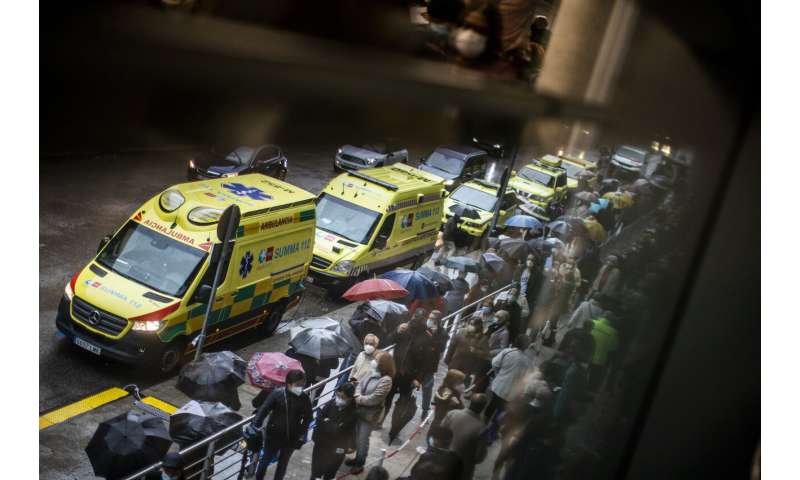 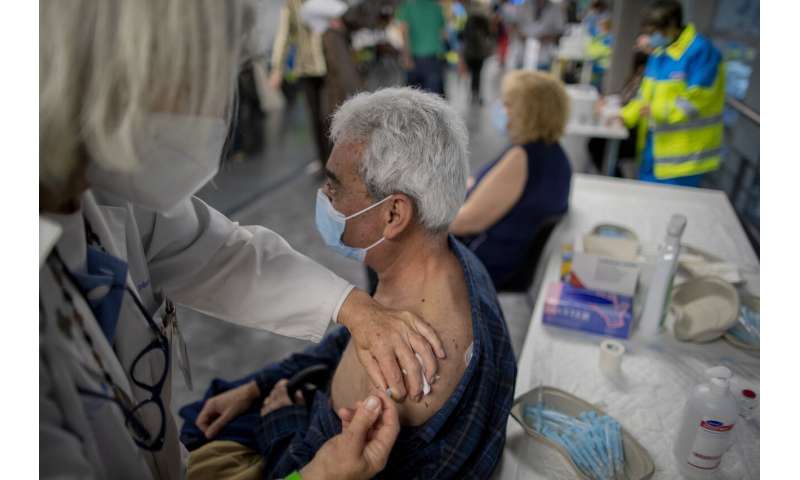 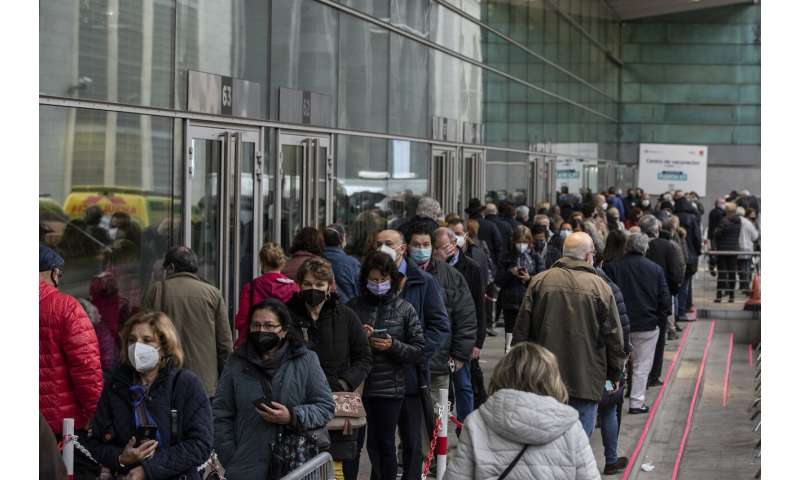 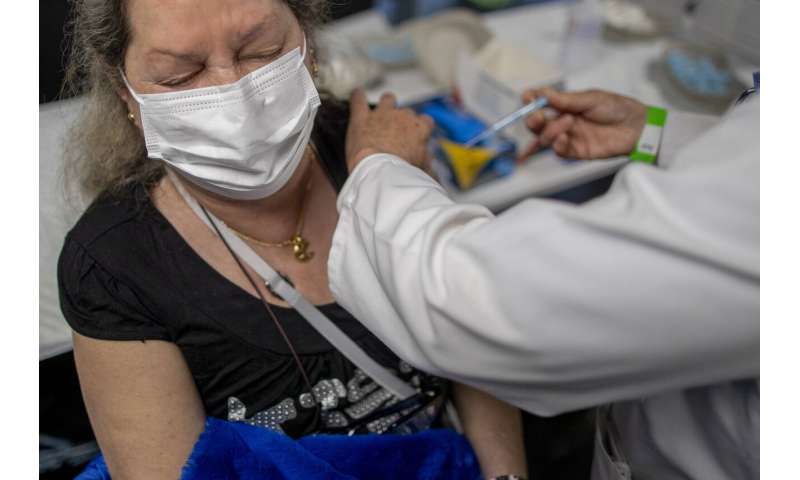 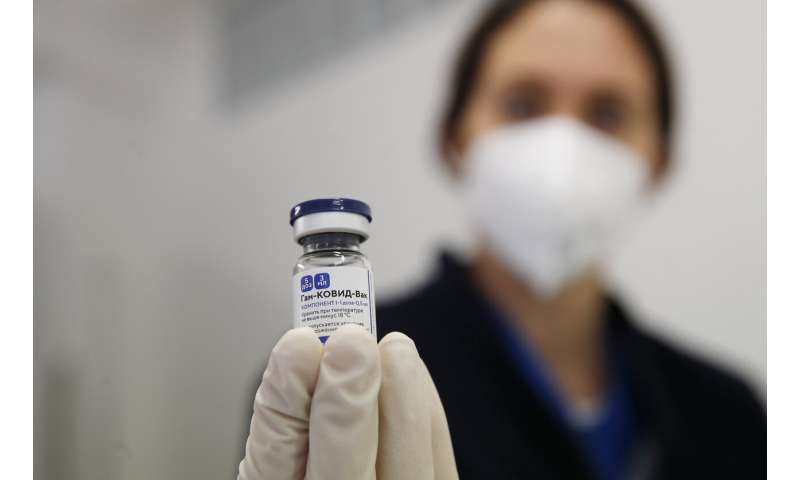 Neighboring Poland is also seeing a dramatic spike in deaths, and hospitals have been forced to turn away cancer and other patients as ICU and other hospital beds are taken by COVID-19 patients. Hospitalizations of virus patients there have jumped 20% in the past two weeks.

Harris, from the WHO, says the world knows how to fight these surges. She said good news was coming out of the U.K.—which saw new coronavirus cases drop 60% in March amid a strong vaccination program—”that indeed the vaccination programs have averted very large numbers of deaths. But we have to do it all.”