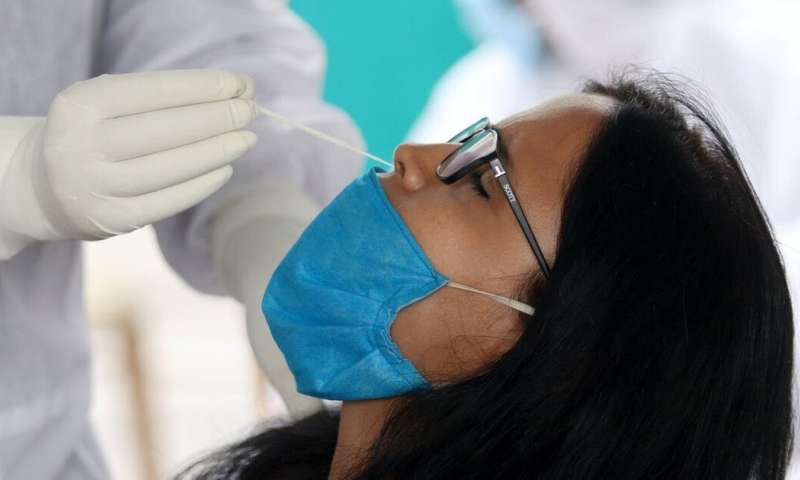 People who have had the COVID swab test say that it feels like their brain is being pierced by an oversized cotton bud. Recent lurid headlines will not put people at ease. “Woman’s nose ‘starts leaking brain and spinal fluid’ after she took a COVID swab test,” said the Daily Star. “Coronavirus swab test went so far up a woman’s nose it caused her brain to leak,” was the Mirror’s headline.

But where did this story come from—and should we give it any credence? The newspaper reports are based on a case study published in a respected medical journal, JAMA Otolaryngol Head & Neck Surgery. It tells of a woman in Iowa, U.S., who was asked to self-swab for COVID before undergoing a hernia operation. Shortly after swabbing, fluid began leaking from her nose. She also developed a headache and started vomiting.

The doctors at the University of Iowa hospital, where she was treated, identified the fluid as cerebrospinal fluid—a fluid that is found in the protective lining around the brain and spine.

So is this cause for alarm?

Not really. The 40-year-old woman had a pre-existing defect in the base of her skull (the bone at the top of the nose) and a sac of brain tissue had protruded out into the nasal cavity. This is a rare condition that we see in neurosurgery and in ear, nose and throat clinics. 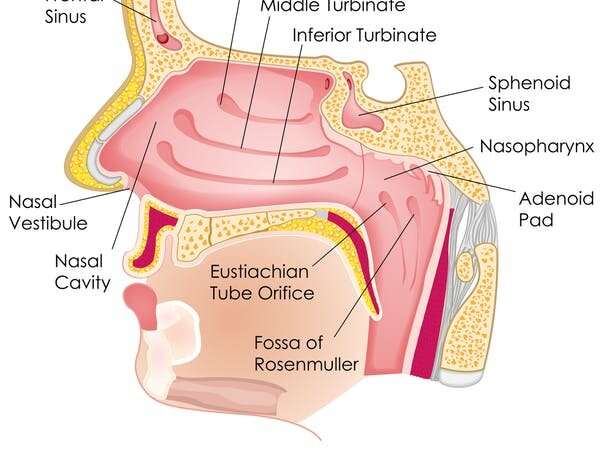 About one in 10,000 babies are born with a defect like this, but the rate at which it occurs in adults is unknown. In this lady’s case it was probably because the pressure inside her skull around the brain was higher than normal, creating a weak spot.

It is extremely unlikely for any person who doesn’t have this pre-existing weakness in the nose to cause any damage with a swab. However, a good tip when swabbing the nose is to remember that the inside of the nose travels back, towards the back of the head, and not up. So any swabbing of the nose should involve pointing the swab towards the back of the head in the same direction as you would point the swab towards your tonsil when you swab your mouth—which is part of the same test.