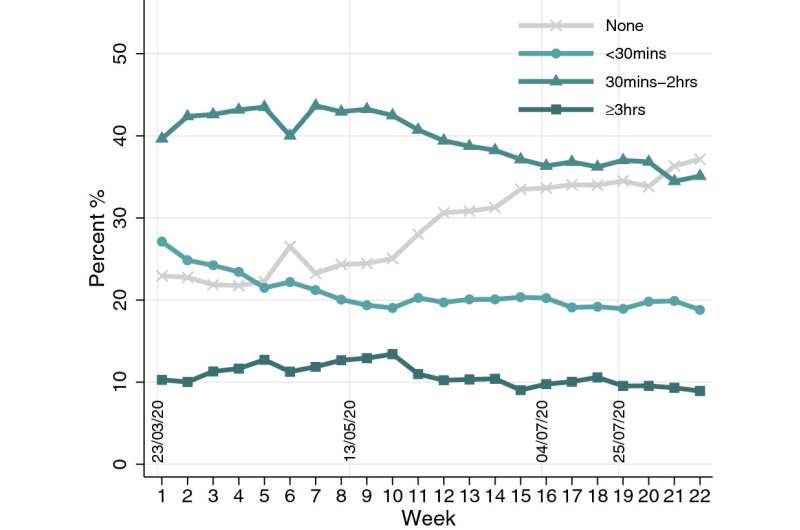 Nearly 29% of participants reduced their levels of physical activity during and after the first lockdown in England (March to August 2020), according to a study involving 35,915 adults, published in Scientific Reports. The findings also show that amongst the people whose physical activity levels did not change, 19% (12% of total participants) were consistently inactive. More public health efforts may be needed to promote physical activity for the general population during the COVID-19 pandemic and beyond.

Feifei Bu and colleagues analyzed data on 35,915 adults in England, collected as part of the UCL COVID-19 Social Study, from 24 March to 23 August 2020, a period encompassing a strict lockdown followed by the easing of restrictions.

The authors also identified factors associated with different patterns of physical activity over time. People who were older, more educated, had a higher household income, shared a household with others, and those without long-term physical and mental health problems, were less likely to be persistently inactive.