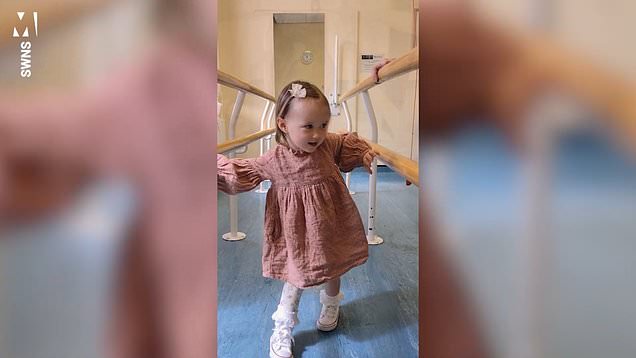 To view this video please enable JavaScript, and consider upgrading to a webbrowser thatsupports HTML5video

Willow Dodding is nearly two but has already been through major surgery and is now learning to walk thanks to a prosthetic.

Four months ago, she had to have her foot amputated after being diagnosed with fibular hemimelia – a birth defect where part or all the fibular bone is missing.

The condition was discovered before she was born at the 20-week scan but parents Charlotte and James Dodding, both 27, were told they wouldn’t know how severe the defect would be until she was born.

Willow arrived in July 2019, at Blackpool Victoria Hospital, weighing 5lb 13oz, and doctors noticed the two remaining bones in her right leg were shorter than her left leg.

In January 2020, they decided to have the front part of the tot’s foot amputated when she was 19 months old to give her best chance of mobility later in life. 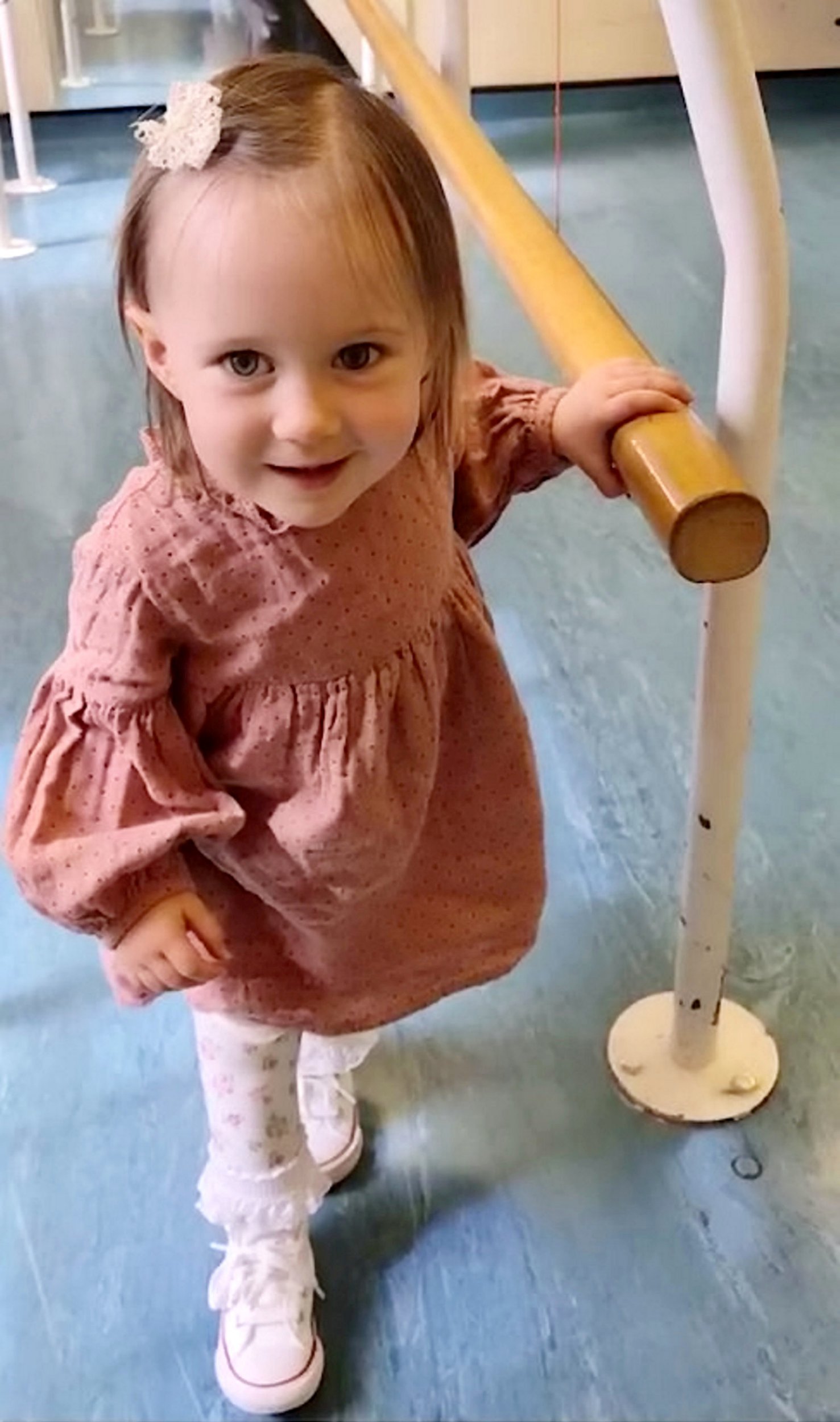 It took surgeons at Manchester Children’s hospital two-and-a-half hours to successfully perform a Syme amputation – which involved removing the front half of her foot and leaving the heel pad.

Charlotte, a stay at home mum and special support assistant, from Blackpool, Lancashire, said: ‘We’re so proud of Willow.

‘She so determined and resilient – nothing fazes her.

‘It was a tough decision to choose to amputate her leg, but we knew it was the best option.

When Willow arrived in July 2019 doctors also noticed she was missing two toes from her right foot and she had a smaller than average hip.

Charlotte said: ‘It was quite a shock to get that news.

‘There’s no reason for it, it was just a random mutation.’

Willow did start walking as she got older but the difference in leg length left her with a limp and reduced mobility.

As a temporary solution, she was given an orthotic and a knee brace to support her ankle.

To allow her to wear a prosthetic, doctors recommended she undergo a Syme amputation – which involves cutting away the front of the foot and leaving the heel pad.

Charlotte said: ‘She used to walk on the inside of her foot quite badly and her knee would ‘pop’ out of place.

‘We looked at leg-lengthening but that would involve lots of operations and we wanted her to have a normal childhood.

‘Also, it didn’t guarantee she wouldn’t need an amputation when she was older anyway.’

In January 2021, Willow underwent the procedure to have part of her foot amputated.

She had a custom-made prosthetic leg built by Preston Specialist Mobility Rehabilitation Centre who used fabric from her favourite top as the material for the outside of the leg.

In May 2021, just four months after the amputation, she was able to walk on her prosthetic.

Charlotte said: ‘She was a little upset when she woke up from the operation but she’s absolutely fine now.

‘She couldn’t wait to get moving again and I remember her trying to crawl the day after her operation.

‘In fact, I don’t think she remembers having her foot – she is so comfortable with the prosthetic.

‘Our goal is to raise awareness for fibular hemimelia and to support other families.

‘She’s doing so well and we’re really thankful for the amazing prosthetic.’