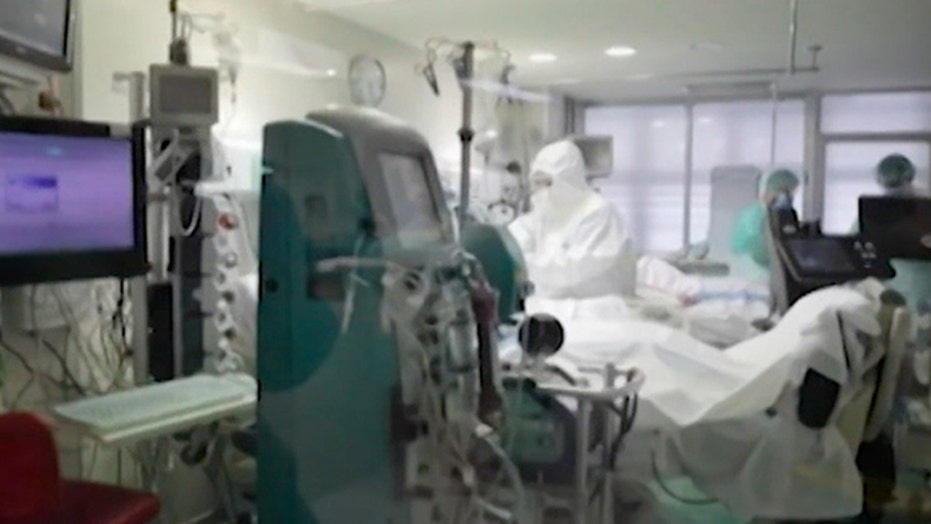 Fox News correspondent Jonathan Serrie has the latest from Atlanta.

While respiratory issues are a well-documented symptom of coronavirus, researchers have found that over 80% of hospitalized COVID-19 patients experience some type of neurological manifestation as well. In examining 509 patients admitted to a Chicago hospital network, researchers found that 419 of them presented a neurological issue at some point during the course of their COVID-19 infection.

“The most frequent neurologic manifestations were myalgias, headaches, encephalopathy, dizziness, dysgeusia [impaired sense of taste] and anosmia [loss of smell],” the authors wrote in their study, which was published Monday in the Annals of Clinical and Translational Neurology. “Strokes, movement disorders, motor, and sensory deficits, ataxia and seizures were uncommon.”

The patients involved in the study were admitted to the Northwestern Medicine Healthcare system between March 5 and April 6, and all had been diagnosed with COVID-19. The team noted neurologic symptoms based on a review of clinical notes, diagnostic studies, and physician-documented diagnoses taken during the patients’ hospitalizations. The patients ranged in age from 16.9 years old to 58.5 years old, and 134 required mechanical ventilation during their stay.

The researchers noted that patients with neurologic symptoms experienced longer hospital stays than those without, but discharge functional outcomes and mortality were not significantly different between those with and without. They also found that those experiencing neurologic issues were found to be younger than those who were not.

“The fact that any neurologic manifestations as a whole were more likely to occur in younger people is surprising, and could potentially be explained by greater clinical emphasis on the risk of respiratory failure than other symptoms in older patients,” the study authors noted. “Alternatively, early neurologic manifestations such as myalgia, headache, or dizziness may have prompted earlier medical care. In contrast, encephalopathy was more frequent in older patients.”

The authors also acknowledged that the study has several limitations, including that fewer than 6% of patients were evaluated by a neurologist, were cared for under strict infection control, and that the data is retrospective. However, they say the data did provide a more generalized view of neurologic symptoms that should be further explored.

“Only 9 months into the pandemic, the long-term effects of COVID-19 on the nervous system remain uncertain,” the authors wrote. “Our results suggest that, of all the neurologic manifestations, encephalopathy is associated with a worse functional outcome in hospitalized patients with COVID-19, and may have lasting effects.”

They called for long-term follow-up in patients with these symptoms and said that cognitive and neurologic-focused rehabilitation could potentially have a “significant” role in recovery.