Bell’s palsy IS linked to the COVID-19 vaccine: Man, 61, developed rare facial paralysis that occurs in just 0.02% of patients after both shots of Pfizer 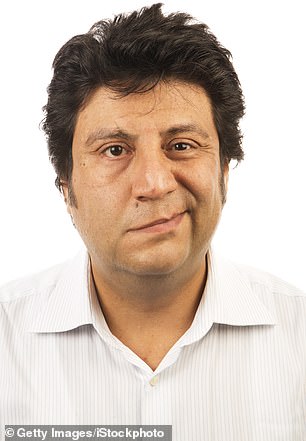 Researchers documented the case of a 61-year-old white man in the UK who reported Bell’s palsy after both his first and second dose of the Pfizer-BioNTech COVID-19 vaccine.  Pictured: Portrait of man (not the patient) with Bell’s palsy

COVID-19 vaccines are linked to the risk of developing Bell’s palsy, a new report from the UK’s National Health Service (NHS) suggests.

Researchers detailed the case of a 61-year-old man in England who receive both doses of the  Pfizer-BioNTech COVID-19 vaccine.

After each dose, he developed facial paralysis shortly thereafter, with the second time being more severe, including an inability to fully close his left eye.

The NHS team says this is believed to be the first documented case of two separate instances of facial paralysis occurring after each dose of a coronavirus vaccine – but say it is a  very rare occurrence.

Bell’s palsy is a condition that unexpectedly strikes a patient’s face.

The patient experiences sudden muscle weakness or paralysis that causes half of their face to appear to droop, leading to one-sided smiles and one eye that refuses to close.

It is usually a temporary condition with symptoms typically improving within a few weeks, with complete recovery in six months.

A small number of patients will have some symptoms for a longer time, or will see a resurgence of the condition later in life.

While exact causes for the condition are unknown, scientists hypothesize that it’s caused by an overreaction of the body’s immune system, which leads to inflammation, or swelling, that damages a nerve controlling facial movement.

A recent study linked the incidence of Bell’s palsy cases at a 0.02 percent risk for vaccinated people. 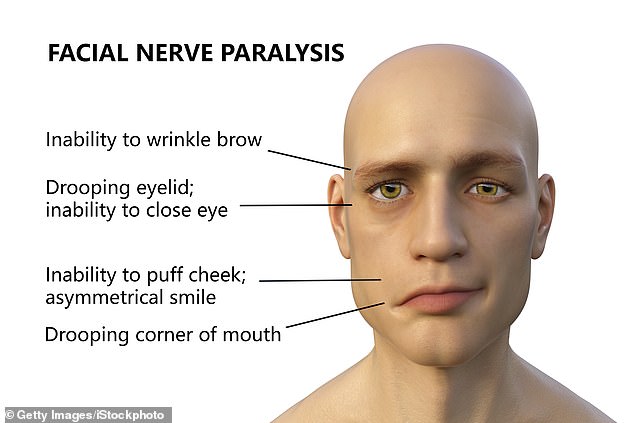 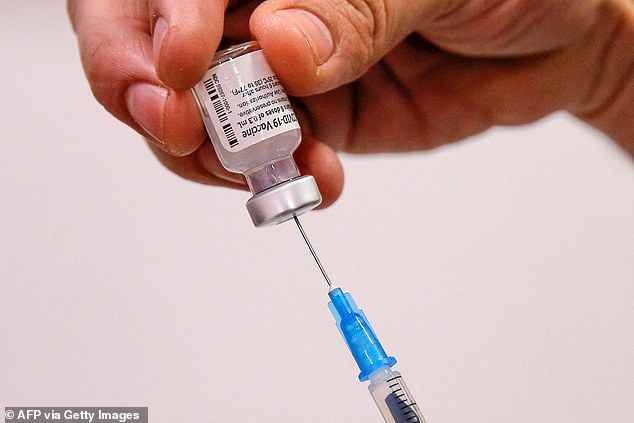 The man has since recovered and the researchers say the vaccine and Bell’s palsy are linked, but it is a rare side effect. Pictured: A health worker fills a syringe with a dose of the Pfizer-BioNTech COVID-19 vaccine in Santiago, July 2021

Comparatively, no patients in the Pfizer trial control group reported and just one did in the Moderna trial placebo group.

Additionally, there have been single reports of  people reporting the facial paralysis after receiving the vaccine.

In BMJ Case Reports, doctors detailed such a case of a 61-year-old white man with no previous history of facial nerve palsy.

He did have several underlying conditions including a high BMI, high blood pressure, high cholesterol and type 2 diabetes.

Five hours after receiving his first dose of the Pfizer-BioNTech COVID-19 vaccine, he developed right-sided facial weakness and went to the local emergency department the next day.

He was given prednisolone, a steroid to treat many different inflammatory conditions, over a four-week period and the facial paralysis resolved. 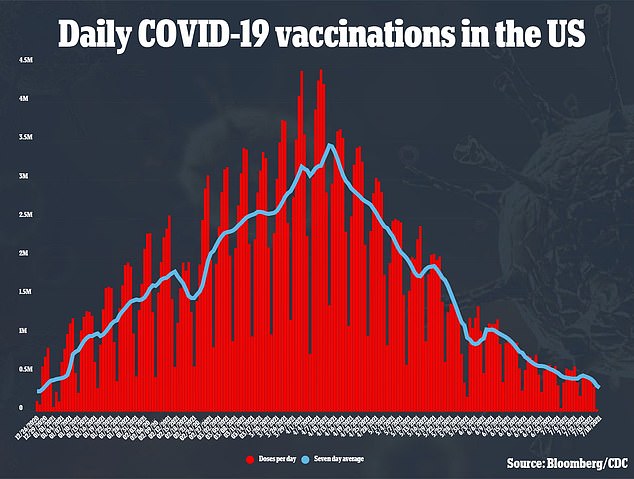 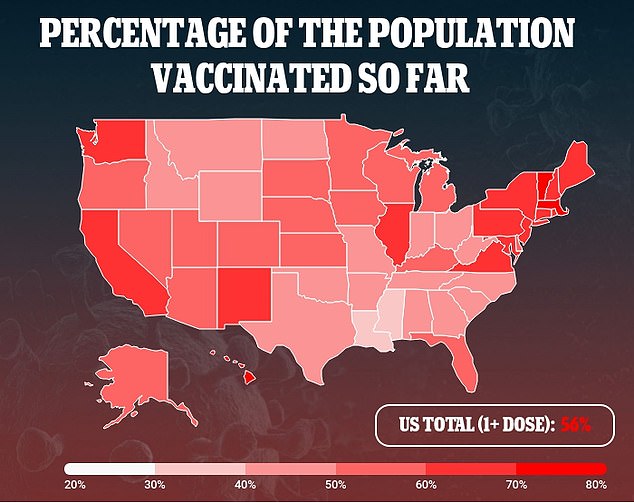 Six weeks after getting the first vaccine, the man received the second dose of the Pfizer-BioNTech vaccine.

Two days later, he developed a more severe episode of Bell’s palsy on the left side of his face with symptoms including dribbling, difficulty swallowing and being unable to fully close his left eye.

He was given prednisolone again and two weeks later, during a follow-up telephone call, he said his symptoms had greatly improved and he was almost back to normal.

Both doses of the vaccine were administered in his left arm.

‘The occurrence of the episodes immediately after each vaccine dose strongly suggests that the Bell’s palsy was attributed to the Pfizer-BioNTech vaccine, although a causal relationship cannot be established,’ the authors wrote. ‘

‘The patient has been advised to discuss future mRNA vaccines with the GP on a case-by-case basis, taking into account risk versus benefit of having each vaccine.’ 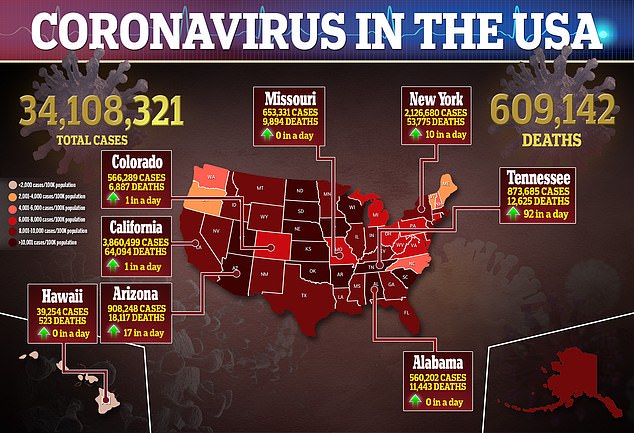