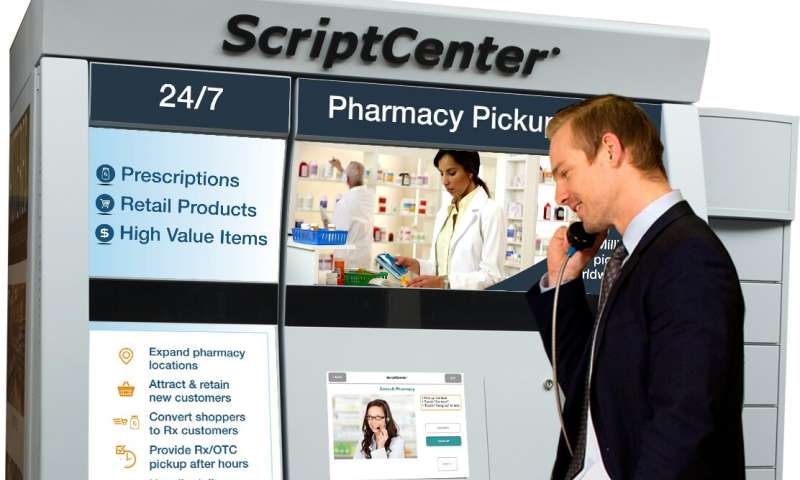 Ever see long lines at the pharmacy counter and give up on a medication, or find that the drive is just a little too long? A study by the University of California, Irvine and UC San Diego found that patients using an automated kiosk in their workplace had better prescription pickup rates without sacrificing instruction from pharmacists.

Failing to follow the prescriber’s orders, such as taking medications as directed, so often results in worse outcomes and higher healthcare costs that the World Health Organization has dubbed this “a worldwide problem of striking magnitude.”

Patients could opt in to pick up their prescriptions at a 24/7 kiosk located at their workplace. They would order from the pharmacy as usual, and once the pharmacist had filled the prescription, a technician would deliver it to the kiosk. The patient would enter a code, and their medication would pop out.

“You could think of it like an ATM machine for prescriptions,” Hirsch said. The kiosk also offered some common over-the-counter medications for purchase.

Patients could call the pharmacist with questions from a phone on the kiosk. When filling a new prescription, the pharmacist would call the patient before pickup to go over the medication and answer questions, as required by California law. Patients in the study reported that they were satisfied and had their questions answered when speaking to the pharmacist via phone. Since it’s contactless, this pickup method could be particularly useful during the COVID-19 pandemic.

“The Board of Pharmacy in California would not let the kiosk be located outside a pharmacy prior to this study. They were concerned about patient access to the pharmacist,” said co-author Charles E. Daniels, associate dean for professional practice and chief pharmacy officer at UCSD. “We found that the pharmacist counseling was pretty much the same for patients using the kiosk compared to those using the regular pharmacy counter.”

“This also means the crucial pickup step toward medication adherence will occur 400 more times, which is not trivial,” Daniels said.

When a prescription is filled but never picked up, pharmacies lose money through restocking and potential overstocking, and it can affect their performance metrics, which are important to health plans. Costs for patients often increase as well because they’re more likely to have to return to the doctor or end up in the emergency room.

Decreased time restocking medications and delivering prescriptions to patients in person also frees up time for pharmacists to focus on patient services such as administering immunizations.

“As the COVID-19 vaccines start rolling out, pharmacists will be key to the rapid and equitable distribution and administration of doses, just as they have been with COVID-19 testing,” Hirsch said.

Participants in the study were all employees at San Diego’s Sharp Memorial Hospital, and the kiosk was conveniently located in their workplace.

“We’re very careful to say that’s a real limitation of the study,” Hirsch noted. “We need to repeat the trial use of this kiosk with people who might not be as comfortable or familiar with the prescription process.”

Hirsch hopes that the kiosks will be expanded to remote areas, schools and workplaces to reduce barriers to medication adherence.