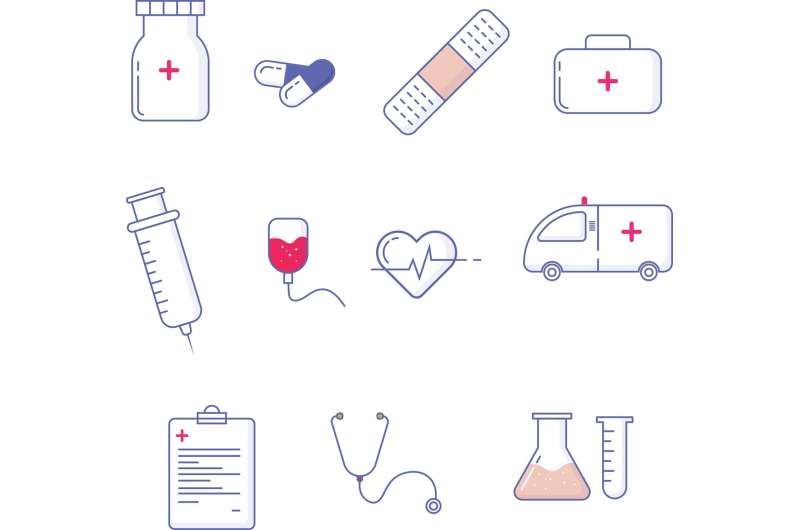 An analysis of nearly 600,000 adults in the U.S. found that those diagnosed with bipolar disorder, schizophrenia or schizoaffective disorder may have a higher risk of cardiovascular disease at younger ages compared to adults not diagnosed with one of those serious mental illnesses, according to new research published today in the Journal of the American Heart Association.

“Previous research has indicated that people diagnosed with a serious mental illness die 10-20 years earlier than the general population, and their leading cause of death is heart disease,” said study lead author Rebecca C. Rossom, M.D., M.S., a senior research investigator in behavioral health at the Center for Chronic Care Innovation at HealthPartners Institute in Minneapolis, Minnesota. “Our study focused on the contribution of cardiovascular risk factors, such as blood pressure, cholesterol, blood sugar, body mass index and smoking status, to compare overall heart disease risk for people with and without serious mental illness.”

The researchers believe this is the first study to examine estimated 30-year (lifetime) cardiovascular risk in a large sample of adult outpatients diagnosed with bipolar disorder, schizophrenia or schizoaffective disorder—three serious mental illnesses specific to this study. Many previous studies of cardiovascular risk for people with serious mental illness have included only people who were hospitalized, and they tend to have more severe mental illness and frailer health than outpatients, according to Rossom. In contrast, this study, included a large sample of non-hospitalized U.S. adults.

According to the National Institute of Mental Health, bipolar disorder (formerly called manic-depressive illness or manic depression) is a mental illness that causes unusual shifts in mood, energy, activity levels, concentration and the ability to carry out day-to-day tasks. Schizophrenia can cause hallucinations, delusions or disorganized speech. People with schizophrenia may seem like they have lost touch with reality, which can cause significant distress for the individual, their family and friends. The symptoms of schizophrenia can be persistent and disabling. Schizoaffective disorder is defined by the Diagnostic and Statistical Manual of Mental Disorders as an uninterrupted duration of illness during which there is a major mood episode (manic or depressive) in addition to meeting criteria for schizophrenia.

This analysis evaluated health data for nearly 600,000 people, ages 18-75 years, who visited a primary care clinic in Minnesota and Wisconsin between January 2016 and September 2018. Nearly 2%, or approximately 11,000 adults, had a diagnosis of serious mental illness. Of these, 70% were diagnosed with bipolar disorder, 18% with schizoaffective disorder and 12% with schizophrenia. On average, people with serious mental illness were more likely to be younger; female; self-identify as Black race, Native American, Alaskan race or of multiple races; and be insured by Medicaid or Medicare, compared to their counterparts not diagnosed with one of those three serious mental illnesses.

“We encourage health care systems and clinicians to use the 30-year cardiovascular risk estimates for young adults with serious mental illness, as these may be used starting at age 18,” she said. “Right now, estimates of 10-year heart disease risk are used most frequently, and they cannot be applied until people are at least 40 years old, which is too late to start addressing heart disease risk in people with serious mental illness.”