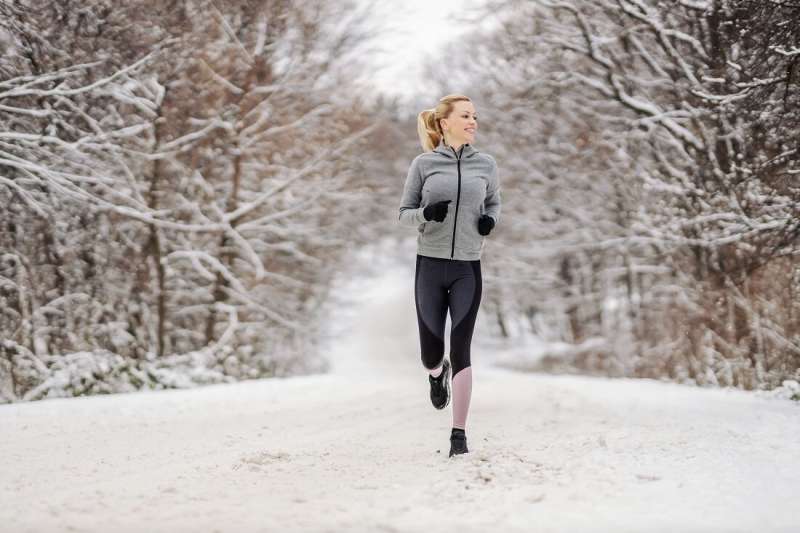 When the world shut down in March 2020, many of us scaled back our exercise and other physical activity. Those COVID kilos yielded interest, and many of us still haven’t rid ourselves of them.

But it could have been worse.

It could be that forcing too much physical activity too early in the pandemic was not healthy, either, according to some recent research results.

The researchers collected the first data in June 2020, just a few months into the shutdown, and then again six months later. The participants were members of Kondis, a Norwegian organization for cardio exercise.

The research findings thus showed that the pandemic was associated with worse mental health for the physically active population as well. People who reduced the amount of exercise they did had the most depression symptoms.

The most active individuals struggled the most mentally

The researchers found something unexpected as well.

Those who increased their amount of exercise early after the shutdown in March also experienced the greatest increase in anxiety and depression symptoms half a year after the pandemic erupted.

“The mental health of physically active people who increased their activity level at just over six months into the pandemic deteriorated more than for people who didn’t start exercising more,” says Audun Havnen, an associate professor at NTNU’s Department of Psychology.

So the individuals who trained more early on in the pandemic fared the worst mentally of the all physically active people.

“In other words, pushing ourselves to do a lot of exercise doesn’t always contribute positively to our mental health,” says Linda Ernstsen, associate professor at NTNU’s Department of Public Health and Nursing.

Despite the study results, the researchers are somewhat cautious about issuing solid conclusions. Indeed, the context could be reversed.

“It could be that people who train above the average amount have some personality traits that make them more vulnerable in terms of mental health,” says Havnen.

A large Swedish study of almost 400,000 participants in the Vasaloppet, the world’s largest cross-country ski race, seems to indicate just that.

Published in the International Journal of Public Health, the NTNU study results also show that people who reported a reduced amount of exercise at the beginning of the pandemic had the relatively highest level of anxiety and depression symptoms.

At the same time, the entire study sample had a significantly lower incidence of mental illness as compared with the population at large.

It is important to note that all the 855 participants in the study were physically active.

The study did not make any comparisons with people who engage in little to no physical activity. Inactive individuals usually fare less well.

Exercise and other physical activity undoubtedly have many benefits. They support better moods and sleep, and keeping up with all kinds of chores in everyday life. Exercise reduces the risk of many different diseases—and if you still get sick, physical activity can make it easier to recover.