When he was eight, and without BioMarin’s drug, he was barely able to eat more than three grams of protein a day without risking side-effects.

Now thanks to Kuvan the teenager, of Shepperton, Surrey, can eat 15 grams of protein a day, enjoy meat, fish and other normal food.

In an exceptional case mum Mandy, 48, had to battle two years for the drug – and is “disgusted” others still have no NHS access.

She told us: “It’s disgraceful. People aren’t doing their jobs.

“The NHS should have been fighting for this drug and arranging a discount with the drug company 11 years ago.

“Why have people had to fight through the courts to get a treatment that is available all around the world.

“You can be in Austria, Czech Republic or Greece and get Kuvan but you can’t get it here. It’s so unfair.

“It shouldn’t be this difficult to get treatment. Patients are suffering and that’s wrong.”

Pre-Kuvan Charlie and was on just three exchanges – or three grams – of protein a day. 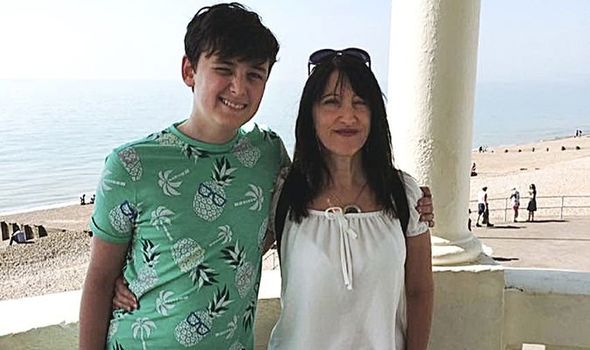 Mandy, who has two other grown up sons, said: “One exchange was five chips or one teaspoon of beans. Each one was precious.”

Husband Christopher, 47, would spend all weekend cooking his carefully measured food in batches.

She added: “If he went on sleepovers or parties I had to send him with his own food.

“He wasn’t allowed to touch anything. He couldn’t have cake or crisps. It was sad.”

But later Mandy read an article about a boy who had returned to the UK from the US where he had been taking Kuvan but been denied it back here.

BioMarin were offering some patients a one-month free trial with a view the local health authority then paying if it worked.

Mandy lobbied her MP and Great Ormond Street Hospital agreed to fund the drug for him, with a review after 12 months. He’s been on it since.

She said: “Charlie’s protein levels dropped by 30 per cent immediately and it worked. So the NHS had to carry on funding the treatment.

“He loves vegetables now – sweetcorn and peas – and he loves hummus, he couldn’t have that before. It’s changed our lives.”