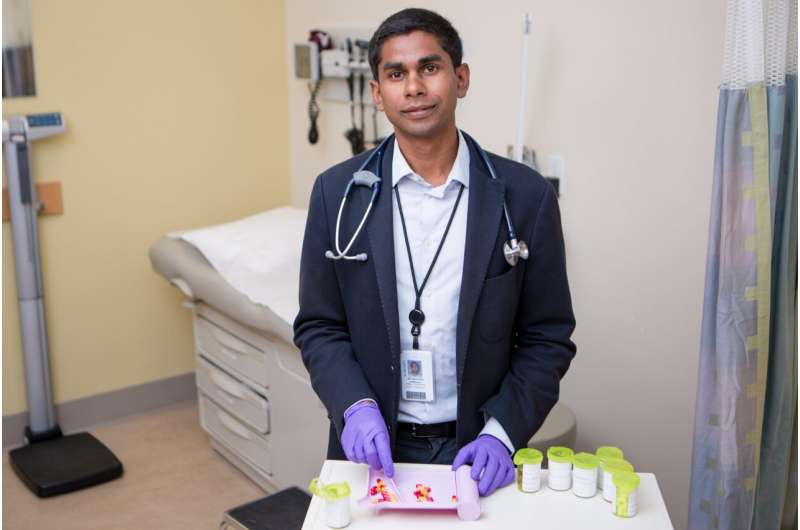 Free access to essential medicines increases patient adherence to taking medication by 35 percent and reduces total health spending by an average of over $1,000 per patient per year, according to a two-year study that tested the effects of providing patients with free and convenient access to a carefully selected set of medications.

The findings, published May 21 in PLOS Medicine, come as advocates urge Canada to carve a path toward single-payer, public pharmacare. Canada is the only country with universal healthcare that does not have a universal pharmacare program.

A group of researchers led by St. Michael’s Hospital of Unity Health Toronto recruited a total of 786 patients across nine primary care sites in Ontario who reported cost-related non-adherence to medications. Most of the study participants were recruited from St. Michael’s Department of Family and Community Medicine and others were recruited from three rural sites. Participants were randomized into two groups—half received free medications via mail, the other half had their usual access to medications.

Two years into the study, adherence to all appropriate prescribed medicines was 35 percent higher in the free distribution group compared with the group that had usual access to medications. Free distribution of medication also showed to reduce healthcare costs, including hospitalization, by an average of $1,222 per patient per year.

“The cost savings are substantial, but they are less important than people simply being able to afford taking lifesaving medications,” said Dr. Nav Persaud, a scientist at the Li Ka Shing Knowledge Institute of St. Michael’s and lead author of the study.

“This is the first study of providing people with free access to a comprehensive set of medicines, and hopefully it will be the last one needed before policy changes,” said Dr. Persaud, who is also a family physician at St. Michael’s Hospital.

In June 2019, the Advisory Council on the Implementation of National Pharmacare recommended a universal, single-payer, public pharmacare, estimating such a program would save Canada an estimated $5 billion per year. The report cited a list of medicines like the one used in the CLEAN Meds study as “a starting point” for determining which drugs all Canadians should have free access to.