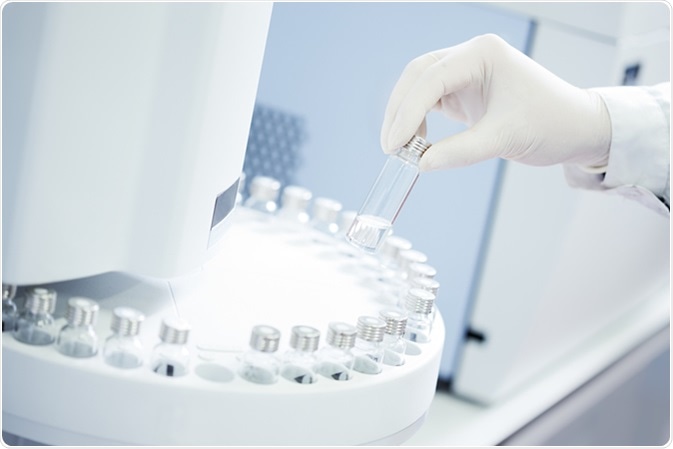 In similar fashion, pseudo-affinity chromatography utilizes dyes as ligands in order to target proteins. The dyes used mimic the ligands, but they do not display high specificity. Therefore, these dyes are able to capture a variety of proteins.

How Does Pseudo-Affinity Chromatography Work? – An Example

The gel, now with the dye bound, was placed into 2ml columns. Once phosphate buffer had passed through the column, the crude protein sample was loaded onto the top of the column. Once the sample had passed through, the column was washed with the buffer to remove the proteins that were unbound. This was verified by measuring the absorbance of the buffer leaving the column at 280nm using a spectrophotometer. Once clean, the bound protein was released by using the same buffer, but with added salt, NAD+ or sodium pyruvate.

There are proteins present in human plasma, which is the liquid component of blood. This is a highly complex mixture, of which 75% are human serum albumin and immunoglobulin G (IgG), a type of antibody. This means that those proteins are very easily detected, but also that they could prevent other proteins from being detected. This could be problematic, as diagnostic markers for certain diseases could be those low-abundance proteins. Therefore, the removal of serum albumin and IgG is a crucial step in preparing serum for diagnostic purposes.