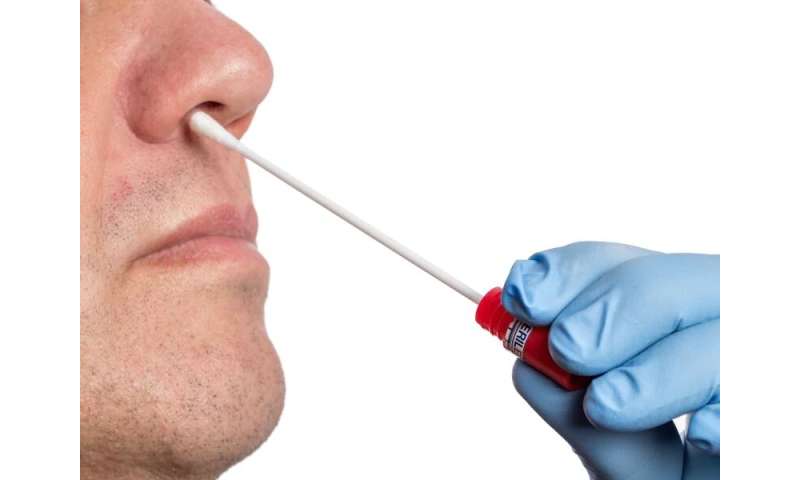 (HealthDay)—The new rapid COVID-19 test approved last week is probably not the most reliable option for determining whether someone is infected.

But it’s cheap and it’s fast, and if used correctly, it could be the basis of a screening strategy to keep Americans safe as they return to school and work, infectious disease experts say.

The BinaxNOW COVID-19 Ag Card produced by Abbott Laboratories is an antigen test, a type of scan that looks for specific structural proteins of the coronavirus that form during infection. The test will produce results within 15 minutes and cost $5, Abbott says.

Antigen tests are notorious for producing many false positives, indicating that people are infected when they really aren’t, said Dr. Gary Procop, medical director and co-chair of the Enterprise Laboratory Stewardship Committee at the Cleveland Clinic in Ohio.

And he said that’s absolutely fine if the test is used appropriately, as a screening tool to make sure folks infected with SARS-CoV-2 don’t make it into a crowded school or a basketball court or an assembly line.

“Whenever you do screening tests, you actually want a lot of false positives because you want to capture everybody with disease,” Procop said.

The key is to make the antigen test the first in a two-step screening process, he said.

Everyone who tests positive should then receive a confirmatory PCR test—a slower, more complex and more accurate type of molecular scan that looks for the genetic material of the new coronavirus, Procop said.

“A lot of people like the antigen test as an initial screen, because it’s inexpensive and it’s quick, and you will get people who are blazing positive who you wouldn’t want to sit next to on a plane,” Procop said. “But you’ve got to follow that up with a PCR test, to weed out false positives.”

Abbott’s test is promising enough that the White House struck a deal with the company to purchase 150 million test cards for $760 million, essentially buying out this year’s product run, according to Barron’s.

The deal came one day after Abbott announced U.S. Food and Drug Administration approval of the test for emergency use. The test can only be administered by a medical professional, and is not approved for home use.

The test looks something like a greeting card. A doctor or nurse drips a test solution into a small well in the card, and then slides a nasal swab sample into the chemical. The top part of the card is closed, and within 15 minutes a result will appear—one line for a negative test, two for a positive.

Abbott says clinical studies involving patients tested within in the first seven days of symptom onset showed that BinaxNOW has a sensitivity of 97% and a specificity of more than 98%. That means only 3 in 100 tests will produce a false positive, and fewer than 2 in 100 tests will return a false negative.

Antigen tests in general tend to be less sensitive, as low as 70% depending on the test, said Dr. Amesh Adalja, a senior scholar with the Johns Hopkins Center for Health Security in Baltimore.

Given all this, cheap and fast antigen tests should be good enough “to be geared toward the question, are you contagious or are you not, for asymptomatic individuals,” Adalja said.

“You might not need a test as sensitive as the PCR when you’re screening asymptomatic individuals like at a university, for example, or a sports team,” he said.

On the other hand, PCR tests are much more accurate.

“That’s how we diagnose acute infection,” Adalja said. “It’s a very sensitive test. It picks up very low levels of the virus’ genetic material. People can be positive for this test long after they’re recovered and lost their contagiousness.”

But because PCR samples must go to a lab, the tests require a lot more processing time, Adalja said. They also require chemicals that have sometimes been in short supply, further delaying results.

Procop said he relies on PCR tests when testing obviously sick people in crucial situations, such as prior to admission to the intensive care unit.

Since the antigen test might miss a COVID-19 infection, “I would never use those if I was going to put someone in an ICU based on that, because I’ve got a real risk of infecting other patients and infecting health care workers,” Procop said. “I can’t afford to be wrong in that setting.”

But Procop said the antigen test could be a good screening tool when followed up with PCR test. He likened the strategy to early HIV tests, where a quick screening immunoassay that was positive was followed by a more in-depth laboratory test to confirm the diagnosis.

“Only patients that made it over both hurdles were deemed to have HIV, were called HIV-positive,” Procop said.

He hopes that the new test heralds something the United States has been missing since pandemic began—a national testing strategy to detect COVID-19 cases and protect the populace.

“We know how to screen populations. We do a screen test and then we follow it up with a confirmatory test. Why are we not doing that now?” Procop said, adding that the pandemic has made people “crazy.”