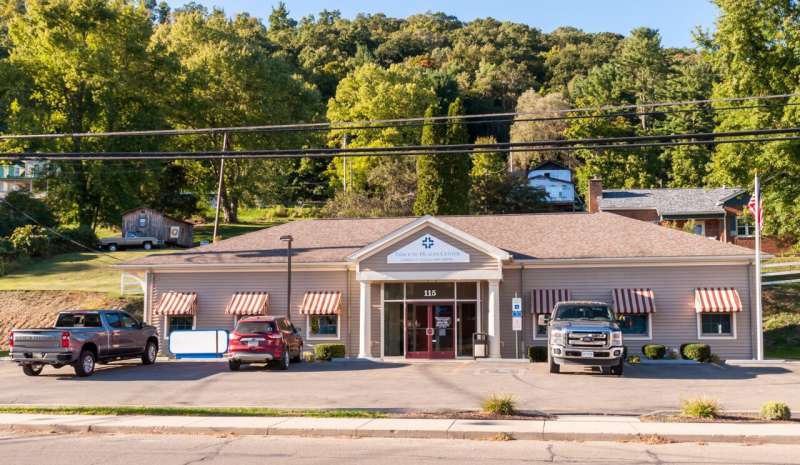 Research indicates that rural Americans are disproportionately affected; those most at risk are men ages 60–69, non-Hispanic Blacks, American Indian/Alaskan Natives and those who live in the South or in high-poverty areas.

Hepatocellular carcinoma (HCC) is the most common form of liver cancer and the fastest-growing cause of cancer-related deaths in the United States, according to national cancer statistics. Historically, the rates of HCC are lower in rural areas than urban. However, a new study from USC Norris Comprehensive Cancer Center, part of Keck Medicine of USC, shows that while cases of HCC have begun slowing in urban communities, the incidence of the cancer is rising at a rate of 5.7% annually in rural areas and approaching the rates seen in urban areas.

“Considering that one in five Americans live in a rural community, this study suggests that HCC is a critical underrecognized public health issue affecting rural Americans,” said Kali Zhou, MD, MAS, a gastroenterologist and hepatologist with Keck Medicine and co-lead author of the study. She is also an associate member of USC Norris and an assistant professor of clinical medicine at the Keck School of Medicine of USC.

The rural subgroups experiencing a rapid rise in HCC included men ages 60–69, non-Hispanic Blacks, American Indian/Alaskan Natives and those who live in either the Southern part of the country or in a high-poverty area.

The researchers also discovered that certain urban subgroups experienced declining incidence rates of HCC starting in 2013, including both men and women, younger individuals ages 40–59, Asian Pacific Islanders, and people who live in the Western United States. No rural subgroups experienced a clear decline during the study period, which was between the years of 1995–2016.

Prior research indicates that this rising trend among rural communities is not evident with other common cancers, the study noted. The rate at which rural residents are developing lung, breast and colorectal cancer is falling.

Zhou and her colleagues examined HCC trends across rural and urban communities over the past 20 years for which data is available using the North American Association of Central Cancer Registries database, which covers 93% of the United States and well-represents the rural parts of the country. They looked at cases diagnosed between 1995–2016 of adults over 20 years of age.

Of the more than 310,000 new cases of HCC, 85% were diagnosed in urban and 15% in rural areas. The researchers tracked new cases per year for both geographic groups to discover that while over the entire 20 years, the average rate of new cases was still lower in rural areas compared to urban ones, cases increased at a higher average percentage rate per year in rural areas.

The rates of increase were similar for the two groups from 1995–2009. However, in 2009, the pace of new HCC cases in urban America began to slow down with a peak around 2014, with no corresponding slowing in rural America. By 2016, this meant the number of cases increased 218% from 1995 in rural settings, compared to 118% in urban ones.

While the study did not examine the reasons rural America’s annual change in new HCC cases is outpacing that of urban communities, the researchers speculate there may be several factors at play. “Obesity and alcohol use, both risk factors for liver cancer, may be more prevalent in rural populations,” Zhou said.

Residents in rural areas also may lack the same access to health care as urban dwellers, she added, leading to a lack of preventive cancer care.

Zhou’s previous research showed that people living in rural parts of the country are also more likely to have a late-stage liver cancer diagnosis and worse survival rates than those in urban communities.

She hopes this study will encourage further research into the health care needs of rural populations, as well as an investment into more medical resources.