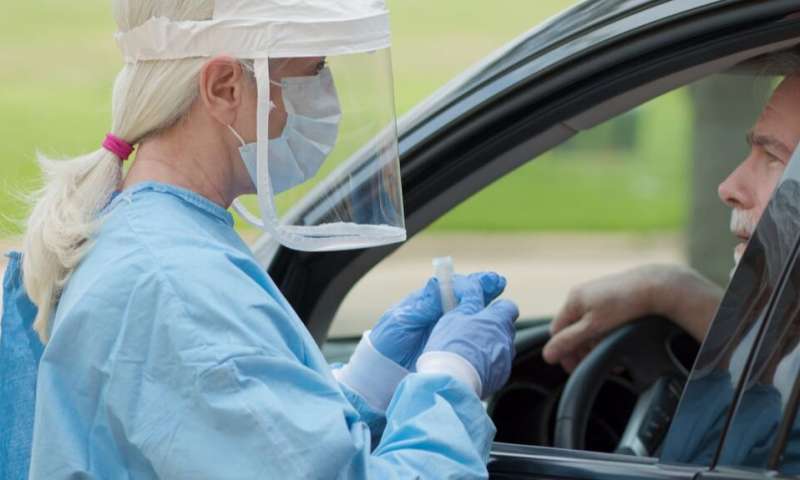 As COVID-19 infections begin to rise again, a novel testing strategy proposed by researchers at the University of Oxford at the start of the pandemic has become urgent once again.

The strategy aims to bring the virus’s reproduction number (R) down to below 1, by concentrating testing resources on particular groups in the population that are most likely to spread the infection to others, rather than testing the general population at random.

“Governments around the world are looking for a testing strategy for COVID-19. This strategy will inevitably be constrained by our testing capacity: in short, every person in the world cannot be tested every day,” says co-author Dr. Daniel Susskind, Fellow of Economics at Balliol College, Oxford. “Given these constraints, which still bind us many months into this crisis, we need to focus again on a testing strategy that is workable, efficient and affordable for the government.”

The proposed strategy is predicated on the understanding that not everyone is equally likely to spread COVID-19. An individual’s likelihood of infecting others will depend on their occupation, geography, and other behaviors when not isolated.

“We have seen over the course of the pandemic that certain groups, such as healthcare and social care workers that are in frequent close contact with others, are more likely to pass on COVID-19 than other groups, for example those working from home,” explains Susskind. “Focusing testing on groups who are at particular risk of spreading COVID-19 at regular intervals is a far better use of scarce testing resources than testing the entire population at random, as has recently been discussed globally.”

Beyond healthcare and social care workers, groups that could be considered for regular testing includes transport workers and delivery drivers, who travel to different locations as well as coming into contact with a wide variety of people. Members of large religious congregations, or those who regularly attend other types of big gatherings, could also be an identified sub-set of the population included in a testing program. Those subsets that are also located in large cities could be prioritized further.

Testing done at regular intervals with identified ‘risk’ groups was also found to be more efficient and effective than random testing. “Random testing wastes a lot of resources,” says Susskind. “This is because every day, some of those tested will have been tested the day before, while others who could be infectious will, nevertheless, not be tested and could continue infecting people. A more useful testing program is to test members of an identified group at regular intervals—for example, testing a different fifth of the group on a rotating schedule.”

Regular testing of groups who are more likely to spread the virus would also allow the healthcare system to save money. While highly accurate and sophisticated testing is needed for clinical reasons when treating an individual, cheaper diagnostic tests are satisfactory for the purpose of identifying who should be isolating. Concerns about false negatives are less of a problem as part of a regular testing program, as an individual who has received a false negative will be tested again shortly (as well as being made aware if any of their contacts within the testing program has received a positive result, triggering isolation).

A targeted testing program for those most likely to spread the virus, rolled out in tandem with antibody testing for the entire population, would be the most efficient way to suppress the pandemic. “Regular testing within key groups would limit spread, especially for those spreaders who are asymptomatic,” says Susskind.