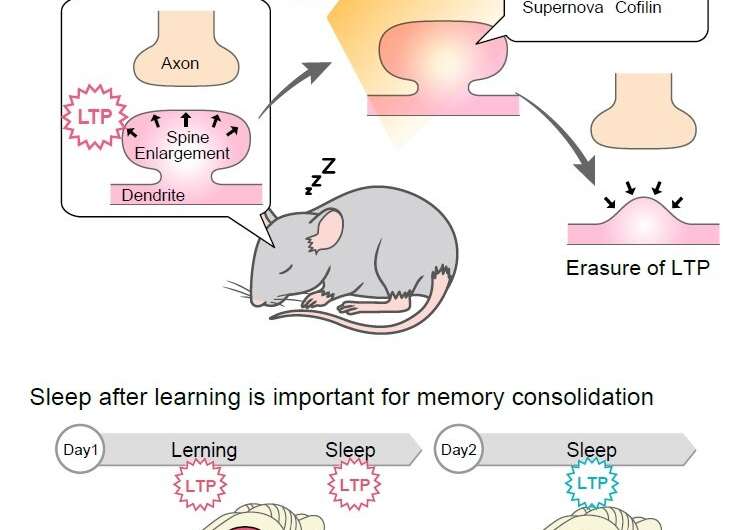 When an important document lands on your desk, you might file it away for safekeeping. The same thing happens with our memories: They first appear in one part of the brain and then move to another for long-term storage in a process known as memory consolidation.

LTP strengthens synapses through neural activity and is critical for memory formation. When and where memories are formed in the brain can be determined by examining when and which cells undergo LTP.

Drugs can disrupt LTP, but they have a general effect and are not good at targeting specific brain regions at specific time points in memory consolidation.

“In ‘Men in Black’ the agents erase memories with a light flash. We did something similar,” he says with a smile. His team uses light to deactivate proteins essential for LTP.

Initially, the brains are injected with the adeno-associated virus or AAV, commonly used for gene delivery, which then expresses a fused protein made from cofilin and fluorescent SuperNova. When exposed to light, these proteins release reactive oxygen that deactivates nearby compounds like cofilin.

The occurrence of LTP in the hippocampus, where memories are first stored, is significant. When this area of the brain is irradiated, once immediately after the mouse learns a task and then again during sleep after learning, the memory is lost.

Hayashi believes that this new technology provides a method for isolating memory formation both temporally and spatially in the brain at the cellular level.