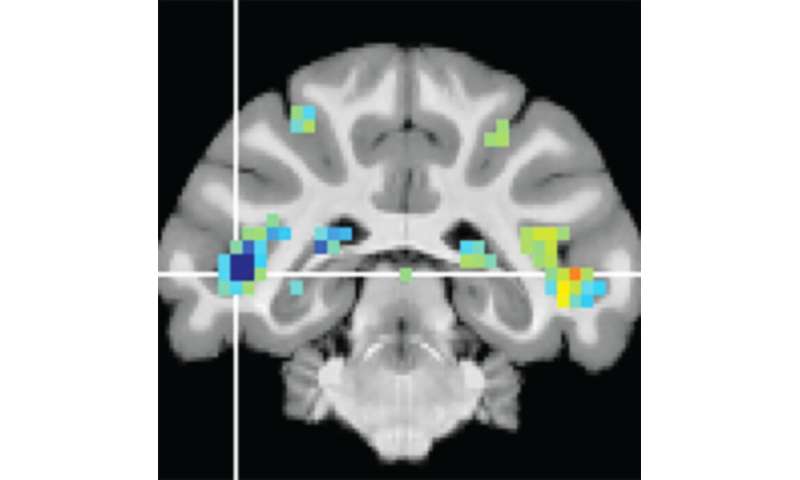 Researchers at the National Eye Institute (NEI) report that a brain region in the superior temporal sulcus (fSTS) is crucial for processing and making decisions about visual information. The findings, which could provide clues to treating visual conditions from stroke, appear today in the journal Neuron. NEI is part of the National Institutes of Health.

“The human visual system recognizes, prioritizes, and categorizes visual objects and events to provide actionable information,” said Richard Krauzlis, Ph.D., chief of the NEI Section on Eye Movements and Selective Attention and senior author of the study. “We were surprised to learn that the fSTS is a crucial link in this story-building process, passing information from an evolutionarily ancient region in the midbrain to highly specialized regions of the visual cortex.”

While aspects of visual processing begin in the eye, crucial steps in visual attention start in the superior colliculus, a part of the midbrain that handles a variety of sensory input. Previous work in Krauzlis’ lab showed that neuronal activity in the superior colliculus is necessary for the brain to notice an event in the visual field and decide that it is significant.

To study visual attention, the researchers work with monkeys trained to complete specific visual attention tasks. While fixing their eyes on a dot straight ahead, the monkeys pay attention to or specifically ignore events happening in the visual periphery—in this case, a patch of moving dots that changes direction, on either the right side or the left side of their visual field. The superior colliculus is strongly triggered when the monkeys are paying attention to the visual event, and less so when they’re ignoring it.

Krauzlis and his colleagues described the discovery of the fSTS in a study published last year with David Leopold, Ph.D., chief of the Section on Cognitive Neurophysiology and Imaging at the National Institute of Mental Health (NIMH). Together they had the monkeys complete the visual attention tasks inside a functional magnetic resonance imaging (fMRI) machine. fMRI imaging revealed that a specific region in the temporal cortex—later named fSTS—was, like the superior colliculus, strongly activated during these attention tasks. This was surprising because this cortical region was not yet known to be important for visual attention.

Led by co-first authors Amarender Bogadhi, Ph.D., and Leor Katz, Ph.D., the research team designed a series of experiments to further uncover the role of the fSTS in the visual attention circuits.

The researchers were surprised that these regions of the cortex, which are involved in higher level processing, are so heavily dependent on input from the midbrain, Krauzlis said.

The fSTS neurons activated in response to “attended” events and changes in stimulus, and their activity strongly correlated with the likelihood that the monkey would report seeing an event. For “ignored” events, the fSTS neurons were much quieter. When the researchers dampened the superior colliculus, the fSTS neurons showed less distinction between attended and ignored events, with lowered activity to attended events and higher activity for ignored events. In other words, the fSTS depends on the superior colliculus to mark which events are important and which are not.

“Even in an animal like a mouse, which has a pretty sophisticated visual system, there are a lot of shortcuts to interpret what things mean, handling much of that in the superior colliculus,” Krauzlis said. “But in humans and other primates, that processing is spread out and delayed, passing information from the superior colliculus to the cortex through this fSTS region. And I think that lets us take advantage of a wider variety of visual features to help us figure out what a visual event means.”

These findings are particularly relevant to a condition known as visual neglect, which can occur in people after a stroke or other brain injury that affects brain areas involved in visual attention. People with visual neglect can see all the objects and events in their visual field, but often aren’t aware of the events on the affected side, especially when the visual field is cluttered.