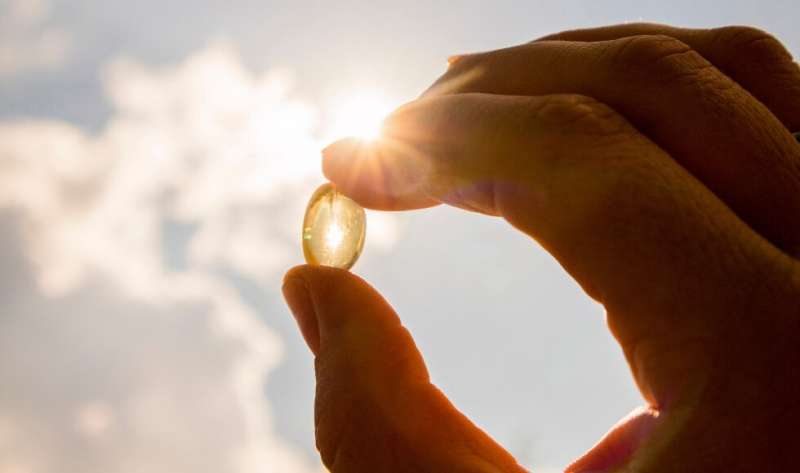 A McMaster researcher is part of a team that has developed a more efficient way to screen for vitamin D deficiency that could become a tool in the fight against COVID-19 and other respiratory illnesses.

Studies show vitamin D is an important pro-hormone with a powerful impact on immune function and metabolic health. “Vitamin D deficiency is quite prevalent in Canada over the winter months due to the lack of sunlight exposure, which also coincides with respiratory illness season,” says Philip Britz-McKibbin, a McMaster professor of chemistry and chemical biology. “Beyond its importance in bone health, vitamin D also plays a key role in stimulating immune responses to foreign pathogens while modulating inflammation.”

There was a need for a cost-effective and rapid test that assesses vitamin D status from a blood sample, he says.

Britz-McKibbin and his colleagues developed a rapid method to identify vitamin D deficiency in critically ill children, who would likely benefit from vitamin D supplementation. The method is detailed in a paper published in the Journal of Lipid Research.

“The immunoassay system we were using had certain constraints related to precision and accuracy,” he says.

“We’ve developed a faster and more reliable method that is amenable to high throughput screening, unlike traditional methods.”

This work is part of an ongoing multicenter clinical trial, which is being led by pediatric critical care physician Dayre McNally from the Children’s Hospital of Eastern Ontario, examining the safety and efficacy of high-dose vitamin D intervention to improve health outcomes following critical illness.

Having a rapid test to identify vitamin D deficiency is “crucial,” particularly for cases of critically ill children, where delays in treatment may affect patient outcomes, says Karen Choong, pediatric critical care physician at McMaster Children’s Hospital, who co-authored the paper. “This test is a major step in ensuring widespread testing is feasible and timely amongst the sickest children admitted to our hospitals.”

Researchers envision that home testing could be performed in the future using a finger pinprick of blood. This supports personalized health initiatives to ensure optimal vitamin D status, because treatment responses can vary widely between individuals.