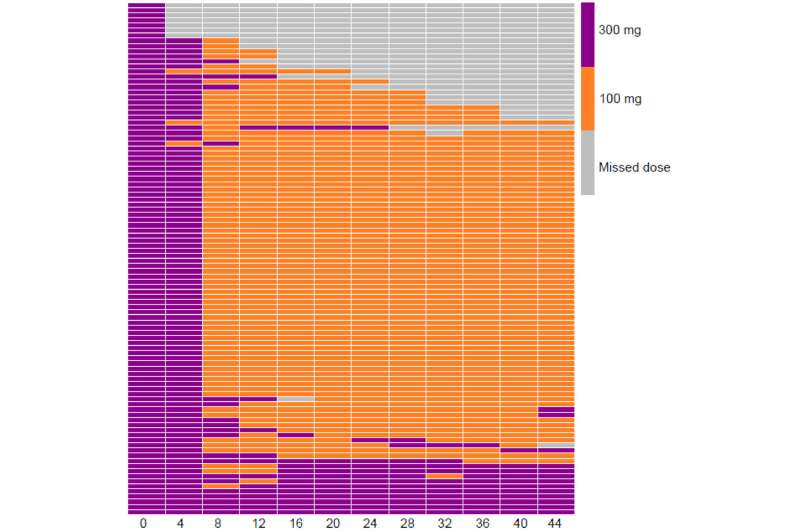 Led by researchers at the National Drug and Alcohol Research Centre (NDARC), UNSW Sydney, the study had 100 participants with an average age of 44 years, mainly men (72 percent) and a long and a long OAT history and were recruited from across a network of specialist public drug treatment services, primary care and some private practices in three states, all receiving monthly subcutaneous BUP-XR injections for the treatment of opioid dependence.

The dosing standard schedule involved two doses of 300 mg BUP-XR at baseline and month one. Thereafter, doses were flexible with 100 mg or 300 mg every 28 days, based on clinical decisions between participants and treating doctors.

Treatment retention at 24 and 48 weeks was 86 percent and 75 percent, respectively.

“The high retention and treatment satisfaction rates in this study demonstrate that further expansion of BUP-XR treatment can be incorporated well within the existing service system.”

The study found that during treatment there were declines in heroin use, non-prescribed opioid use, and injecting drug use. Improvements in quality of life, participation in employment, and treatment satisfaction measures were also observed.

“Although modest, these improvements are consistent with ongoing retention and stabilization within a treatment program among a cohort of people already very treatment-experienced,” said Professor Farrell.

The other benefits of BUP-XR are outlined in the findings and include not having to travel daily for supervised (often daily) dosing, reducing experience of stigma, and reducing negative rituals and habits associated with dosing.

“For some, particularly those who already have flexibility in their OAT, this formulation may be less attractive. It is important to ensure that patient choice around which medications people receive in OAT are retained, to ensure that the impact of choice on treatment outcomes is given full consideration in future planning and service change.”