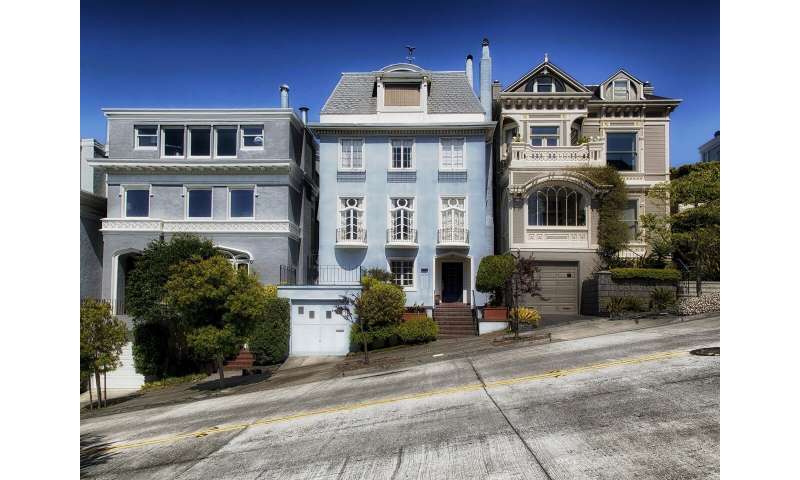 The health officers in five San Francisco Bay Area counties issued a new stay-at-home order Friday requiring some businesses to close and banning all gatherings, as the number of virus cases surge and hospitals fill.

The changes take effect for most of the area at 10 p.m. Sunday and last through Jan. 4. Gov. Gavin Newsom announced a new system for regional closures that likely would have forced the Bay Area to implement the shutdown within weeks. It mandates that regions must take the steps when 85% of ICU beds are full.

But officials said Bay Area hospitals will be overwhelmed sooner than that.

“We don’t think we can wait for the state’s new restrictions to go into effect. … This is an emergency,” Contra Costa Health Officer Chris Farnitano said.

The order came the same day the state recorded another daily record number of cases, with 22,018, and hospitalizations topped 9,000 for first time.

Restaurants will have to close to indoor and outdoor dining, and bars and wineries must close along with hair and nail salons and playgrounds. Retail stores and shopping centers can operate with just 20% customer capacity. Gatherings of any size with people outside a household are banned.

Berkeley Health Officer Lisa Hernandez said people should not meet in person with anyone they don’t live with, “even in a small group, and even outdoors with precautions.”

“If you have a social bubble, it is now popped,” Hernandez said. “Do not let this be the last holiday with your family.”

The new stay-at-home order will cut sharply into the most profitable shopping season and threaten financial ruin for businesses already struggling after 10 months of on-again, off-again restrictions and slow sales because of the pandemic.

San Francisco, Santa Clara, Marin, Alameda and Contra Costa counties imposed the order. Those counties, along with San Mateo County, were the first region in the country to order a lockdown on March 17 when the area of 7 million people had fewer than 280 cases and just three deaths. This time San Mateo County opted to wait for the threshold set by the governor, though officials said it would continue to share hospital beds with others in the region.

The Bay Area counties are so closely connected that it was much easier to implement a regional order, officials said.

In Santa Clara County, headquarters of Apple and Google, officials previously banned all high school, collegiate and professional sports and imposed a quarantine for people traveling to the region from areas more than 150 miles (241 kilometers) away after officials began seeing an uptick in cases following Thanksgiving Day. Compliance officers fanned out throughout the county on Thanksgiving Day and continue to visit businesses to make sure they follow capacity rules and other precautions.

Its health officer, Sara Cody, said the number of ICU beds filled with COVID-19 patients has tripled in the last month and continues to accelerate, setting a record for admissions Thursday. By Friday, there was just 14% of ICU capacity in the county of 2 million people.

“Our biggest fear all along—that we won’t have a bed for you or your mother or your grandmother or grandfather when they get sick—is the reality we’ll be facing unless we slow the spread,” San Francisco Mayor London Breed said. The health officer said San Francisco has a week to stabilize the spread, otherwise its hospital systems will run out of ICU beds on Dec. 27.

The Golden Gate Restaurant Association in San Francisco said most restaurants “cannot make it financially on takeout alone.” The closure comes after many area restaurants have built new outdoor spaces, some at great expense.

Public health officials have warned that the toll from Thanksgiving gatherings could start to swamp hospitals by Christmas.

All the counties except Marin are in the most restrictive purple tier in the state’s pandemic blueprint for the economy, which has already forced 52 of California’s 58 counties to halt most non-essential indoor activities and imposed a daily curfew from 10 p.m. to 5 a.m.

In the inland Central Valley, Fresno County had just 10 of its 150 ICU beds available. Health officials described a grim picture with hospitals struggling to stay staffed because of coronavirus infections and exposures. One hospital is holding ICU patients in the emergency department until beds open up, Emergency Medical Services Director Daniel Lynch said Friday.

“The hospitals are full,” Lynch said.

The county has requested help from the state with staffing for a couple of weeks. But so far only one or two additional workers have shown up at three local hospitals as the whole state struggles with staffing.

At Kaweah Delta medical center in Visalia, in Tulare County, there were 18 ICU beds available Friday but only the staff to handle four additional patients, said Keri Noeske, the chief nursing officer.