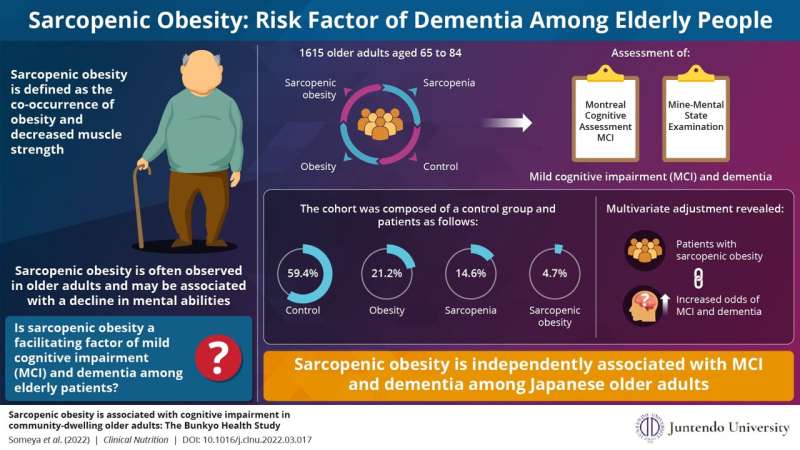 In a new study published in Clinical Nutrition, a group of researchers led by Dr. Yoshifumi Tamura of Juntendo University, Japan, explored this very question. “If the association between sarcopenic obesity and dementia is established, appropriate preventive measures can be taken to reduce the occurrence of this condition and the risk of dementia in elderly patients,” says Dr. Tamura, stressing on the importance of their study.

In the study, the researchers recruited 1,615 older Japanese adults aged 65 to 84 years participating in the Bunkyo Health Study. The researchers divided the subjects into four groups based on their sarcopenia and obesity status: those with obesity, those with sarcopenia, those with sarcopenic obesity, and those without obesity or sarcopenia (control). They studied the link between various mental processes, sarcopenia, and obesity status. Sarcopenia or poor muscle strength was determined based on a handgrip strength of less than 28 kg in men and 18 kg in women, while obesity status was given to patients with a BMI greater than 25 kg/m2. Two assessment methods were performed to establish the presence of mild cognitive impairment (MCI) and dementia. A score of less than 22 points on the Montreal cognitive assessment and less than 23 points on the Mine-Mental State Examination were used to confirm MCI and dementia respectively. 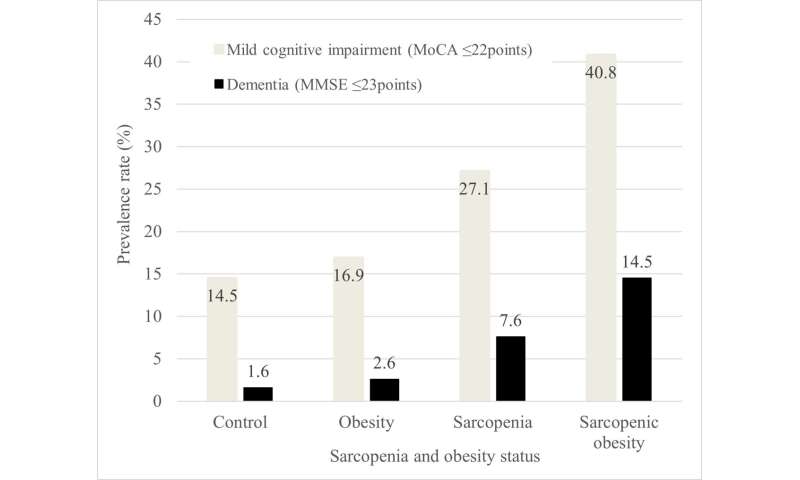 “This study clearly demonstrates that sarcopenic obesity, defined by the combination of BMI and hand grip strength is associated with MCI and dementia among Japan’s elderly people,” says Dr. Tamura.