Several severe acute respiratory syndrome coronavirus 2 (SARS-CoV-2) variants of concern have been highlighted, including the B.1.351 variant, first identified in South Africa, and B.1.1.7, known as the UK variant.

In a short correspondence paper recently uploaded to the Lancet by Ramanathan, Muthukumar et al. (May 19th, 2021) the affinity of labeled SARS-CoV-2 spike receptor-binding domain proteins sourced from each of these two variants of concern towards human angiotensin-converting enzyme 2 (ACE2) recombinant proteins is investigated using microscale thermophoresis, confirming the enhanced affinity towards the receptor observed in other studies. 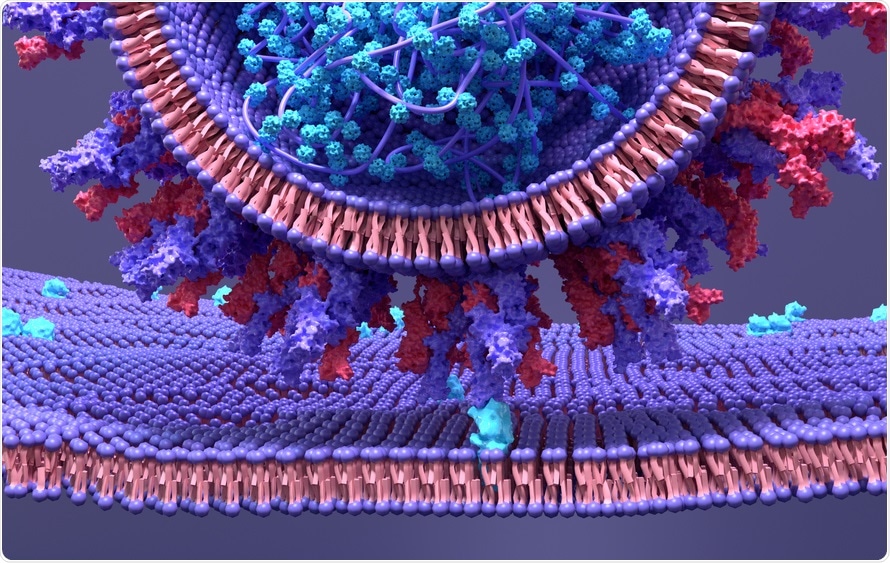 Both the B.1.1.7 and B.1.351 variants of SARS-CoV-2 bear the N501Y mutation to the spike protein receptor-binding domain, with B.1.351 bearing two additional mutations suspected to enhance virulence: K417N and E484K.

There is some worry of these mutations lowering the efficacy of innately developed or engineered immunity, though no variants have yet rendered the vaccines so far developed ineffective.

Many studies have confirmed the enhanced transmissibility of these strains using a multitude of approaches, from in silico modeling to population meta-studies.

The group suggests that several factors may account for the observed increased transmissibility of these variants: increased spike protein density presenting on the exterior of the virus, making interaction with the ACE2 receptor more probable; greater furin cleavage accessibility, facilitating improved cell entry; and/or increased binding affinity for the ACE2 receptor.

Compared to wildtype, the B.1.1.7 variant receptor-binding domain was found to bind with the recombinant ACE2 receptor with 1.98 times greater affinity. In comparison, the B.1.351 variant exhibited 4.62 fold greater affinity, confirming that enhanced affinity, at least in part, plays a role in the increased transmissibility observed in these strains.

As discussed, several other studies have also suggested that these mutations enhance the affinity of the SARS-CoV-2 spike protein with the ACE2 receptor, the primary interacting receptor found commonly in the lungs that allows entry of the virus into the cell. The mechanism of enhanced affinity is not entirely clear, though other in silico work is approaching a firm answer elsewhere.

Whatever the mechanism, increased affinity towards the ACE2 receptor increases transmissibility by lowering the minimum effective concentration of viral particles needed to make cell entry probable, meaning that more individuals are likely to become infected from lesser exposure.

The group utilized microscale thermophoresis in this study, which they suggest could make a useful surveillance technology for predicting enhanced transmissibility in emerging variants. It is based on observation of changes in fluorescence in response to temperature, which influences the microenvironment of the fluorophores and therefore alters the intensity of signal reaching the detector. Binding events, between the ACE2 receptor and SARS-CoV-2 spike protein receptor-binding domains, in this case, also release or absorb energy from the local environment upon occurring and can therefore be detected and quantified in terms of affinity.

As the technology relies on molecules being in solution, contained within small capillaries, the instrument is relatively maintenance-free and the preparation of samples less involved than some other fluorescence-based experiments, making high-throughput use in a field-clinic setting more feasible.