The consequences of rapid climate change and the destruction of global biodiversity are made increasingly aware of the increasing number and intensity of natural disasters worldwide.

Unfortunately, the issues associated with the rising global population are often ignored, despite the fact that its impacts are highly correlated with global changes. Nevertheless, this issue must be addressed, as it is closely related to an increased demand for food as well as its increased wastage. 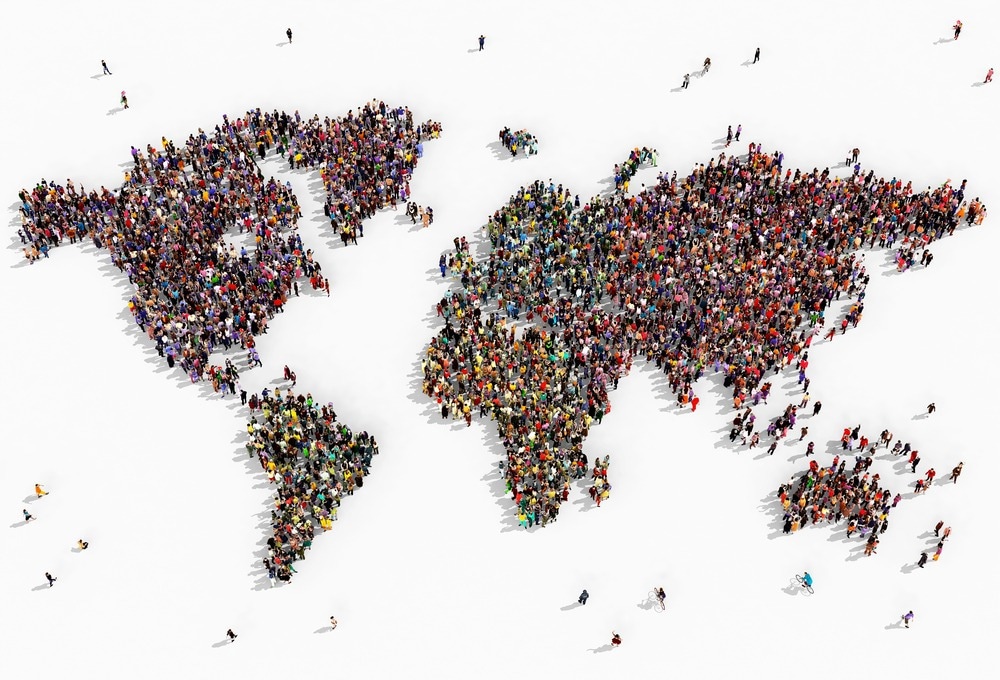 Recently, scientists have proposed several strategies to mitigate the problem of climate change. Among these recommendations that are part of an ongoing series on “scientists’ warning publications,” the main action discussed in a recent Science of the Total Environment study is the stabilization and gradual reduction of the human population.

According to one report, it took over 200,000 years for the human population to reach one billion and was estimated to occur during the 19th century. Comparatively, the world population is currently over 7.9 billion people and is expected to reach 8.5 billion by the year 2030.

Recently, scientists have analyzed the population crisis nation-by-nation. To this end, they have stated that the demographic trends of the population vary substantially around the world. Thus, strategies to reduce population size are overlapping, divergent, and must be based on each specific country.

To gradually reduce the global population rate, the international goal is to lower the total fertility rate (TFR) from the current value of 2.4 to 2.1. Although the TFR has been declining since 1960, it remains above the required level.

Strategies to control the world’s population

Several actions have been proposed that could aid in gradually reducing the global population. Some of these include one-child policies, women empowerment, and global wealth distribution.

The first line of action is the global appeal for all men and women to have no more than one child. Individuals who aspire to have a large family must opt for adoption, which is a compassionate choice for children who need to be cared for.

The second action requires policymakers to implement population policies targeted toward women's empowerment, such as providing women with education and family-planning services.

There is a need for “Comprehensive Sexuality Education (CSE)” for all countries,  including wealthy, middle-income, and poor nations, which shapes young people’s quality of life. CSE has resulted in a significant reduction in unintended pregnancies, which has contributed to population deceleration. Moreover, critical thinking about sexuality empowers an individual to make an informed decision about family planning.

There is a need to embrace CSE across the political spectrum to enhance the awareness of gay rights issues. This information will similarly help reduce abortion rates and the occurrence of unwanted pregnancies that arise due to lack of awareness.

Children and women must be protected from social injustice like child marriages. Legal, media, financial, and educational programs must be conducted to raise awareness about social injustice and gender inequality. International communities must act to abolish any form of child abuse and provide them with better education and care.

The scientists of the current study also support introducing the redistribution of global wealth tax to address issues related to poverty alleviation and conditions of impoverishment. There is a need for proper funding for some communities across the world to maintain appropriate sanitation, clean water, electrification through renewables, and food supplies. Uplifting the global community is also associated with providing adequate healthcare and education systems.

Global wealth redistribution should be directed towards family-planning services, which can involve increasing the availability of contraceptives to people in rural and urban settings. Additional funds can be allocated to educate men about vasectomy as a safe option, as well as for building schools and other educational institutes.

In the current study, the researchers formulated the “IPAT” framework, which includes Impacts (I) on Population (P), Affluence (A), and Technology (T).

Humans have logic, intelligence, evidence-based reasoning power, and compassion; thus, they are ideal creatures to shape the future. The future of all forms of life depends on global intention and collaboration toward achieving a common good.