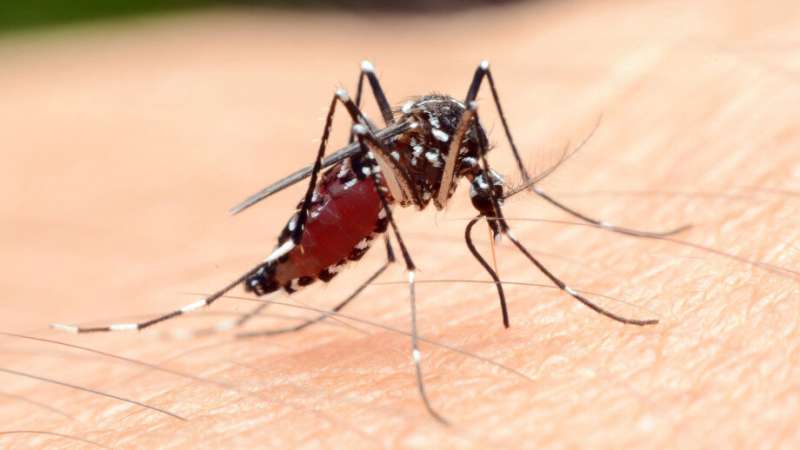 Researchers from The Australian National University (ANU) have discovered why malaria parasites are vulnerable to some drug therapies but resistant to others, offering scientists another piece of the puzzle in the global fight against the disease.

The ANU team has characterized two malaria proteins, known as PfMDR1 and PfCRT, that work together to transport drugs away from areas where they exert their killing effect and concentrate them in “safe zones” that ultimately render the treatments ineffective.

The findings could lead to new and longer-lasting treatments for malaria—a disease that killed an estimated 627,000 people worldwide in 2020.

According to Dr. Sarah Shafik from the ANU Research School of Biology certain anti-malarial treatments are only effective at eradicating the disease if the drugs are located inside the stomach of the parasite. Other treatments are most effective when located outside of the stomach.

“We knew that parasites can be resistant to some drugs while simultaneously being susceptible to others, but we didn’t know how this occurred,” Dr. Shafik, a co-author of the study, said.

“Our work shows that PfMDR1 and PfCRT work together to alter the distribution of the drugs within the parasite, helping it to evade the killing effect of one drug. But in turn, this means that the parasite becomes more susceptible to another drug.”

The discovery could lead scientists to develop new treatments or repurpose existing drugs to create new combination therapies that directly target the PfMDR1 and PfCRT proteins and prevent the parasites from outsmarting the drugs.

Although the disease can be successfully treated with drugs, malaria parasites are continually adapting and building resistance to current treatments, allowing them to evade death and stay one step ahead of scientists.

“The former gold standard drug, chloroquine, which was used to treat malaria for 20 years has failed. New treatments that are emerging only last a few years before the parasites start to develop resistance to these drugs.

“This is because the parasite is really good at mutating certain proteins to evade the killing effects of the drugs.”

Besides their role in drug resistance, the researchers say the two proteins are essential to the growth of the parasites. By rendering the proteins inactive using new and repurposed drug therapies, scientists have a good chance at eradicating malaria.

“We are starting to develop a good understanding of how we could design an effective treatment that doesn’t become obsolete over time by using a combination of anti-malarial drugs that we already have in our arsenal, combined with other types of drugs that are used to treat HIV, for example,” Dr. Shafik said.

“Our intention is to target the ability of PfMDR1 and PfCRT to control the movement of drugs inside the parasite, but also to inhibit the essential natural function of proteins which helps the parasite grow.”

According to Dr. Shafik, the researchers’ discovery could also help inform the development of new types of cancer treatments.

“There is a protein made by human cancer cells that is similar to PfMDR1. We have developed a method to study these types of proteins,” Dr. Shafik said.

“By characterizing the human version of PfMDR1 and figuring out which chemotherapy drugs it can pump out of cancer cells and how to stop the protein from doing this, we could be on the path to developing more successful cancer treatments.”