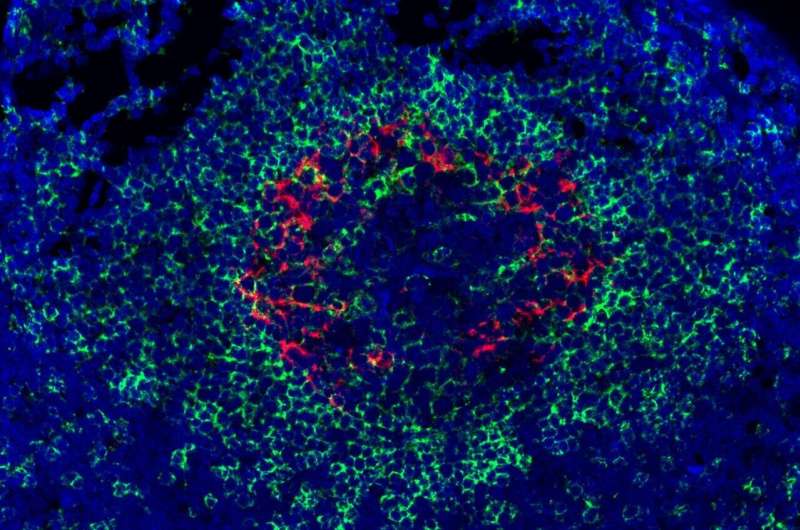 Tick-borne flaviviruses such as Kyasanur Forest disease virus (KFDV) in India, and its close relative Alkhurma hemorrhagic disease virus (AHFV) in the Arabian Peninsula, cause severe hemorrhagic fever in humans, and infection can be fatal. Their increasing prevalence and geographic spread pose a public health threat, but an absence of close animal models has hampered research and currently, vaccines against these tick-borne viruses have limited efficacy. In search of an accurate primate model for clinical research, researchers inoculated eight female pigtailed macaques (Macaca nemestrina) with KFDV and four with AHFV, and found that, like humans, they developed loss of appetite, dehydration, and hemorrhagic symptoms within two to four days. Infected macaques also exhibited reduced levels of blood lymphocytes and platelets, and elevated liver enzymes—hallmark symptoms of human KFDV infections. Infectious virus was found in the gastrointestinal tract, consistent with symptoms such as vomiting, diarrhea and hemorrhaging often seen in human patients. RNA sequencing of the whole blood transcriptome at zero, two, and six days after inoculation revealed that KFDV infection caused downregulation of gene expression for blood clotting factors, which may explain the greater severity of this disease compared to AHFV.

This study is the first to characterize infection of pigtailed macaques with KFDV or AHFV. The authors say that the similarity of pigtailed macaques’ symptoms to humans and their availability in clinical research make the species a strong candidate for future vaccine and antiviral research on these diseases of public health concern.