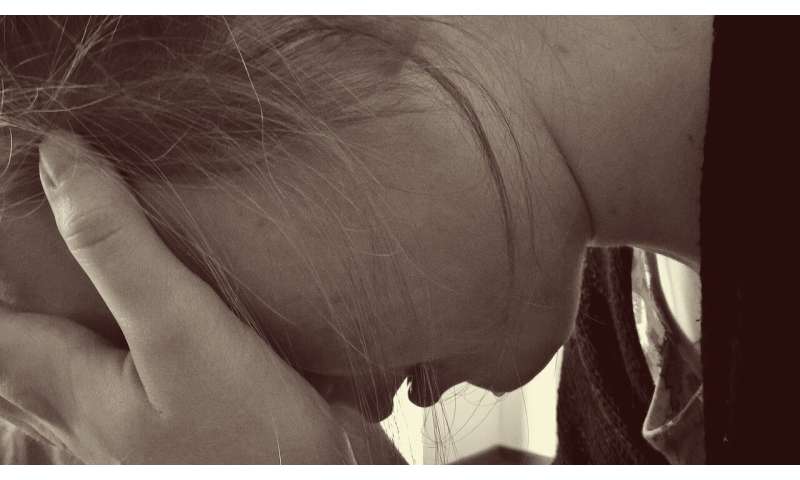 Newly published data have revealed the number of self-harm incidents in Australia’s immigration detention centers spiked during the first seven months of this year.

While rates of self-harm among detained asylum seekers were already known to be high—in fact, 200 times higher than in the general Australian community—this recent increase has fuelled concerns by health experts that the pandemic has made them even more vulnerable to mental distress.

We have researched self-harm among detained asylum seekers for the past decade and our recently published findings shed further light on the extent and nature of self-harm among these detainees.

This includes details about the methods and characteristics of self-harm, which has been little researched due to the lack of accessible data.

In two studies published in recent months, we investigated how rates and methods of self-harm varied over a 12-month period from August 2014 to July 2015 depending on the type of detention where asylum seekers were held, as well as the time, day and month of the year.

Immigration detention facilities may appear to be similar, but in reality they are quite diverse. In Australia, asylum seekers are held in four main types of “closed” detention arrangements, with varying levels of security and available support:

What’s notable about this is self-harm rates were not lower in facilities with fewer security features and more flexible living arrangements (such as hotels), as might be expected. Making detention facilities less prison-like, but still “closed,” is thus unlikely to reduce the risk of self-harm.

By comparison, our research shows rates of self-harm among asylum seekers living in community-based settings are much lower.

Community-based options allow asylum seekers to live in homes under supervision or at a place of their choosing, while their claims for protection are being processed.

Policies and conditions can increase vulnerability

In our second study, we found both the frequency and methods of self-harm varied by time of day and month, as well as where asylum seekers were being processed. We also identified numerous factors associated with these variations.

There are a number of possible explanations for these patterns. If we take onshore detention as one example, our research shows self-harm most commonly occurs in settings where asylum seekers are mixed and subject to overcrowding.

Frequent transfers between facilities is another trigger. Such transfers often occur in the early hours of the morning—with little notice—and result in separation from family and other support systems.

The peak in self-harm incidents from 8pm to midnight, therefore, could be associated with the state of these detention facilities at this time, fear of transfer during the night and lower levels of supervision and support.

Other factors were also found to be associated with the temporal variations in self-harm across different settings. These included personal safety and security concerns, physical and sexual assault, visa insecurity, inadequate mental and physical health care, and family separation.

This shows how certain policies and conditions can increase asylum seekers’ vulnerability. It also explains why the ongoing lack of a governmental response to the risk of COVID-19 in immigration detention may be associated with the recent spike in self-harm.

What can we do to prevent further harm?