Seminal Alzheimer’s study claiming memory-robbing disease was caused by build-up of protein in brain may have been MANIPULATED, damning investigation claims

The data behind the most influential theory of what causes Alzheimer’s disease may have been ‘manipulated’, a damning scientific probe has claimed.

Experts fear the allegedly falsified results have misled research over the last 16 years, potentially wasting billions of pounds of funding.

A six-month investigation by Science, considered one of the world’s most respected research journals, uncovered ‘shockingly blatant’ tampering of results in the seminal 2006 University of Minnesota study.

The paper pointed to a particular protein — known as amyloid beta — as the driving force behind Alzheimer’s. It was the first substance in brain tissue ever identified that seemed to be behind the condition’s memory-robbing effects.

Published in rival journal Nature, the study became one of the most cited articles on Alzheimer’s ever published.

Around £1.3billion ($1.6billion) of funding for studies mentioning amyloids was spent by the US Government over the last year alone. It made up half of the country’s total Alzheimer’s research funding.

But images from the study, which involved injecting mice with the protein, appear to be doctored to ‘better fit a hypothesis’, according to Dr Elisabeth Bik, a forensic image consultant who was asked to review the data.

But they insisted the theory itself still stands because decades’ worth of research has pinpointed other amyloid proteins as being to blame. Even if the original results were falsified, one top expert claimed ‘we definitely would not need to throw the baby out with the bath water’. 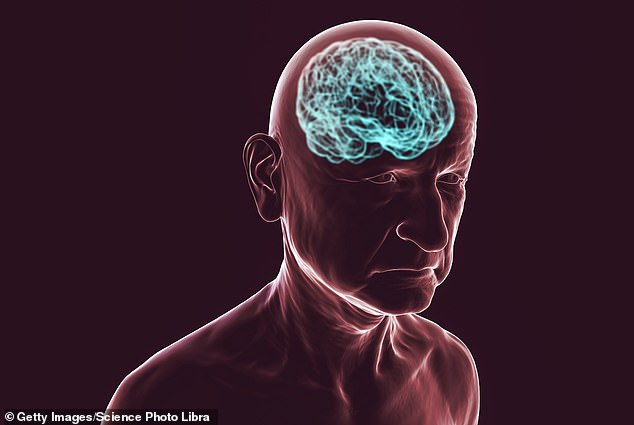 The most influential theory of what causes Alzheimer’s disease that has prompted hundreds of trials may have been based on ‘manipulated’ data, it has emerged

Alzheimer’s disease is a progressive, degenerative disease of the brain, in which build-up of abnormal proteins causes nerve cells to die.

This disrupts the transmitters that carry messages, and causes the brain to shrink.

More than 5million people suffer from the disease in the US, where it is the sixth leading cause of death, and more than 1million Britons have it.

As brain cells die, the functions they provide are lost.

That includes memory, orientation and the ability to think and reason.

The progress of the disease is slow and gradual.

On average, patients live five to seven years after diagnosis, but some may live for ten to 15 years.

Dr Matthew Schrag, a neuroscientist at Vanderbilty University in Tennessee, was the first to uncover problems with the Nature study.

He noticed anomalies in the original images, published by Dr Sylvain Lesné and his team, during another probe into an experimental Alzheimer’s drug.

They had ‘the potential to mislead an entire field of research’, Dr Schrag told the US National Institutes of Health (NIH).

Science, the publication of the AAAS — American Association for the Advancement of Science, conducted its own investigation to the research, finding ‘strong support for Dr Schrag’s suspicions’.

Ms Bik told the journal: ‘The obtained experimental results might not have been the desired results.

‘That data might have been changed to… better fit a hypothesis.’

A study in the 1980s then suggested amyloid beta was behind the build-up.

But hundreds of trials over the next 20 years, designed to finally find a therapy that targets the toxic accumulation of proteins in the brain, were unsuccessful.

The theory had lost momentum until the landmark University of Minnesota paper in 2006, which became the basis of hundreds of studies since.

Reviewing the pictures used to prove amyloid beta’s effect on mice in the study, Dr Dennis Selkoe, a Harvard University neurologist, claimed ‘there are certainly at least 12 or 15 images where I would agree there is no other explanation’ than manipulation.

‘While we haven’t seen all of the published findings that have been called into question, any allegation of scientific misconduct needs to be investigated and dealt with where appropriate.

‘Researchers need to be able to have confidence in the findings of their peers, so they can continue to make progress for people affected by diseases like dementia.’

She described the amyloid protein as being ‘at the centre of the most influential theory of how Alzheimer’s disease develops in the brain’.

Dr Imarisio said: ‘But the research that has been called into question is focused on a very specific type of amyloid.

‘These allegations do not compromise the vast majority of knowledge built up during decades of research into the role of this protein in the disease.’

Nature is investigating the concerns and will provide an editorial response at a later date.

It said: ‘In the meantime, readers are advised to use caution when using results reported therein.’

The authors of the paper claim they ‘still have faith’ that amyloid beta plaques play a major role in Alzheimer’s and defend their original findings.

A University of Minnesota spokesman said: ‘The university will follow its processes to review the questions any claims have raised.

‘At this time, we have no further information to provide.’

Dr Richard Oakley, associate research director at the Alzheimer’s Society, told The Times: ‘There are many types of amyloid we know contribute to brain cell death in dementia.

‘If what’s suggested here ends up being true, we definitely would not need to throw the baby out with the bath water.’