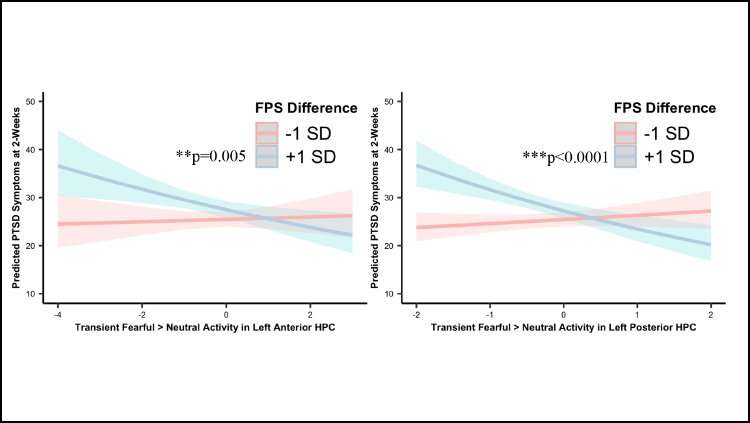 After a traumatic event, people with decreased activity in the hippocampus experience worse PTSD symptoms, according to new research published in JNeurosci.

The hippocampus does more than encode new memories—it also takes stock of spatial and emotional contexts and processes threat. PTSD impacts all of these functions, generating symptoms like the overgeneralization of fear and recurrent traumatic memories. Yet the exact interplay between the hippocampal activity and PTSD was unclear.

Tanriverdi et al. measured PTSD symptoms and hippocampal activity in people who had visited the emergency room after a traumatic event like a car crash. Participants answered a questionnaire about PTSD symptoms, then they viewed frightened and neutral faces while the researchers measured their brain activity with fMRI. People with more severe PTSD symptoms had decreased activity in the hippocampus in response to the frightened faces. This relationship strengthened in people who startled more easily in a defensive learning task. For these participants, their hippocampus may not be discriminating between safe and unsafe contexts.