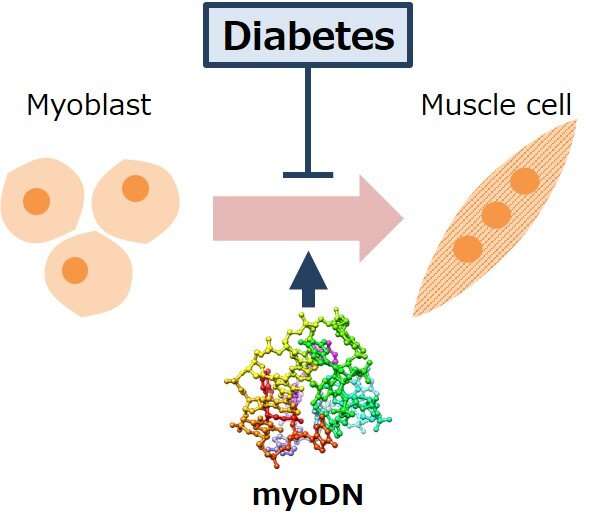 Skeletal muscle is the largest organ in the body. It accounts for 30 to 40% of body weight and is responsible for multiple functions such as energy metabolism and heat production. However, skeletal muscle mass is reduced in some diabetics, and that muscle loss correlates with mortality. It has been reported that the differentiation of myoblasts, which are the muscle precursor cells, is reduced in diabetic patients, and this is thought to be one of the underlying causes of muscle loss.

Assistant Professor Tomohide Takaya of Shinshu University recently reported that oligo DNA derived from the genome sequence of lactic acid bacteria promotes differentiation into skeletal muscle by binding to the target protein nucleolin in myoblasts. This “muscle-forming oligo DNA” (myoDN) has potential for use in nucleic acid drugs for various muscle diseases. In this study, a group examined whether myoDN improves the differentiation of myoblasts, which is exacerbated by diabetes.

Myoblasts collected from healthy subjects, patients with type 1 diabetes, and patients with type 2 diabetes were used for this experiment. Compared to healthy subjects, diabetic myoblasts had a reduced ability to differentiate into skeletal muscle. Remarkably, administration of myoDN improved skeletal muscle differentiation exacerbated by diabetes. The group also found that glucose and fatty acids, which are increased in the blood of diabetic patients, induce an inflammatory response in myoblasts, and myoDN suppresses these inflammatory responses. 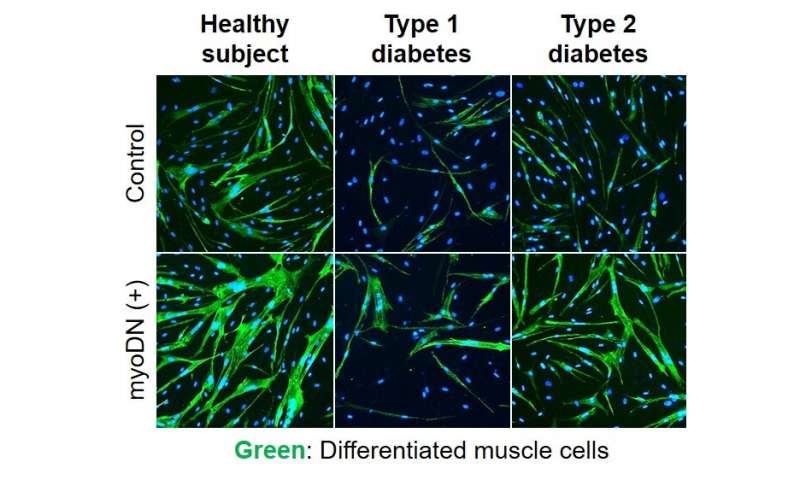 It is thought that myoDN is a nucleic acid molecule that is effective in reducing muscle mass associated with diabetics. Currently, there is no effective therapeutic agent for muscle wasting, and the action of myoDN, which promotes skeletal muscle differentiation, is unique. myoDN is effective for healthy subjects with various backgrounds and type 1 and type 2 patients. On the other hand, analysis using multiple myoblasts revealed that there are individual differences in the effects of myoDN, and issues for clinical application were also clarified.