Skin cancer: Dr Chris outlines the signs of a melanoma

Skin cancer (melanoma) can spread to other organs in the body if left untreated, so spotting the symptoms is very important. The most common sign of melanoma is the appearance of a new mole or a change in an existing mole. But what sorts of changes should you be looking out for? Dr Chris appeared on This Morning urging people to check their moles, and detailed what to spot.

In a series of images, Dr Chris revealed when a mole could be melanoma.

In relation to the first image, the TV doctor noted the mole having a very irregular edge and different colours.

“This is a typical melanoma,” he said.

The second image showed a mole with a large black area and the surfaces were bumpy. 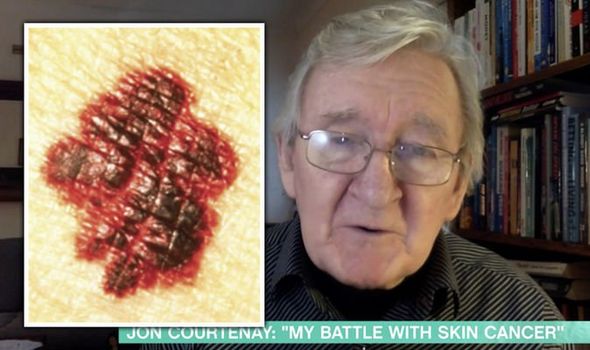 The third image showed a mle with a “very abormal shape” – with lighter brown around the edges.

“Keep an eye on your moles!”

Moles can appear anywhere on the body, but the most commonly affected areas are the back in men and the legs in women. 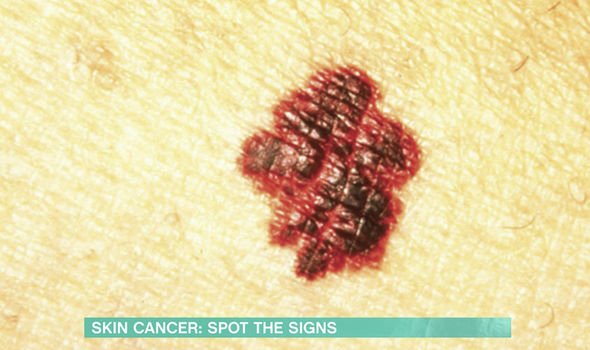 Melanomas are uncommon in areas that are protected from sun exposure, such as the buttocks and the scalp, advises the NHS.

The health body continues: “Normal moles are generally round or oval, with a smooth edge, and usually no bigger than 6mm in diameter.

“But size is not a sure sign of melanoma. A healthy mole can be larger than 6mm in diameter, and a cancerous mole can be smaller than this.”

It continues: “See a GP as soon as possible if you notice changes in a mole, freckle or patch of skin, particularly if the changes happen over a few weeks or months.” 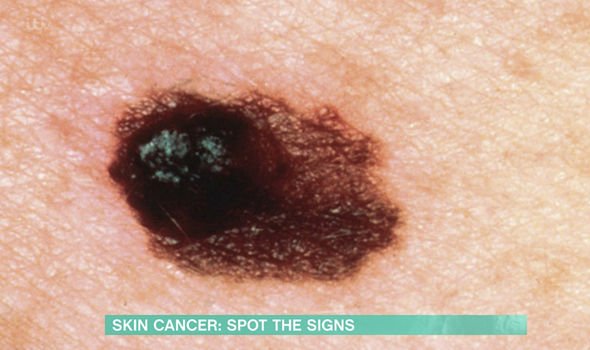 The NHS recommends using the ABCDE checklist to tell the difference between a normal mole and a melanoma:

Border – melanomas usually have a notched or ragged border

Diameter – most melanomas are usually larger than 6mm in diameter 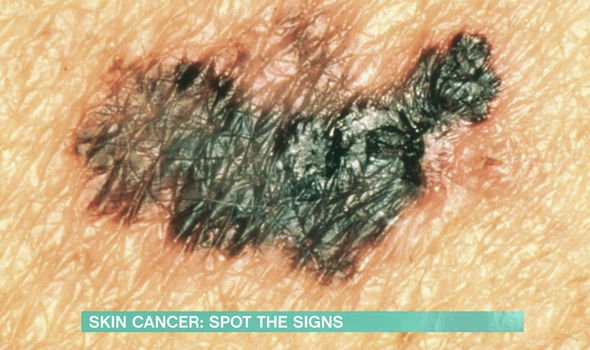 In rare cases, melanoma can develop in the eye. It develops from pigment-producing cells called melanocytes.

The NHS advises: “Eye melanoma usually affects the eyeball. The most common type is uveal or choroidal melanoma, which grows at the back of the eye.

“Noticing a dark spot or changes in vision can be signs of eye melanoma, although it’s more likely to be diagnosed during a routine eye examination.”